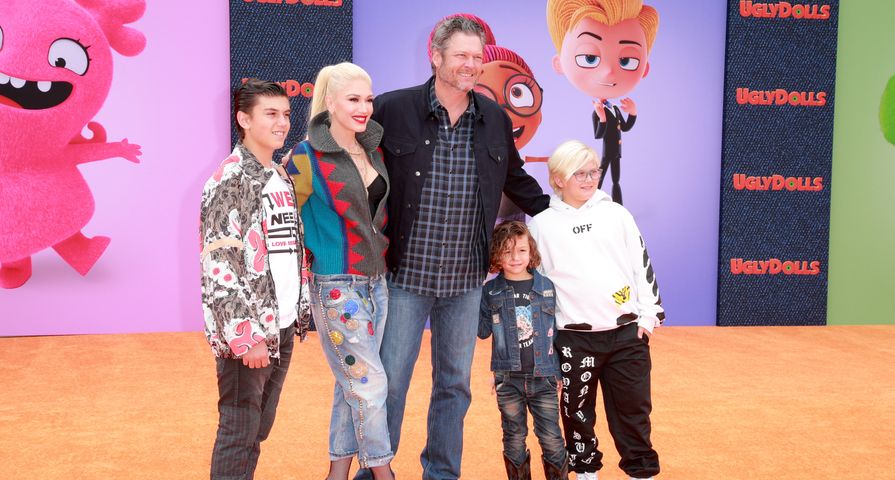 It was a (blended) family affair at the premiere of UglyDolls on Saturday, April 27!

While country star Blake Shelton and singer Gwen Stefani have been seen on many outings with Stefani’s three sons over the few years they have been dating, the whole group made a rare red carpet appearance together for the animated film premiere over the weekend.

“My cool points went up with this one,” Shelton told Extra. “The kids are super excited about this movie. I’m excited for them, because it’s such a great message.”

Shelton, 42, Stefani, 49, Kingston, 12, Zuma, 10, and Apollo, 5, all posed for pictures and seemed to be enjoying themselves outside of the Los Angeles event.

“It’s a rare thing for Gwen and [me] to even get out at all. We don’t really get a chance to do anything,” Shelton added. “One of the two of us are working or the kids are in school — it just never works out for us to all go out. We get to do it about four or five times a year — this is one of them.”

Shelton was excited for everyone to see his latest project as he not only provided the song “Wallflower and Weeds” for the soundtrack, but also voiced the character of Ox, the one-eyed Mayor of Uglyville, in the film.

“He’s super ugly for one thing. He has a big belly hangin’ off him,” Shelton joked when asked how he’s similar to his character.

Shelton and Stefani have now been dating for nearly four years since first connecting as coaches on The Voice.