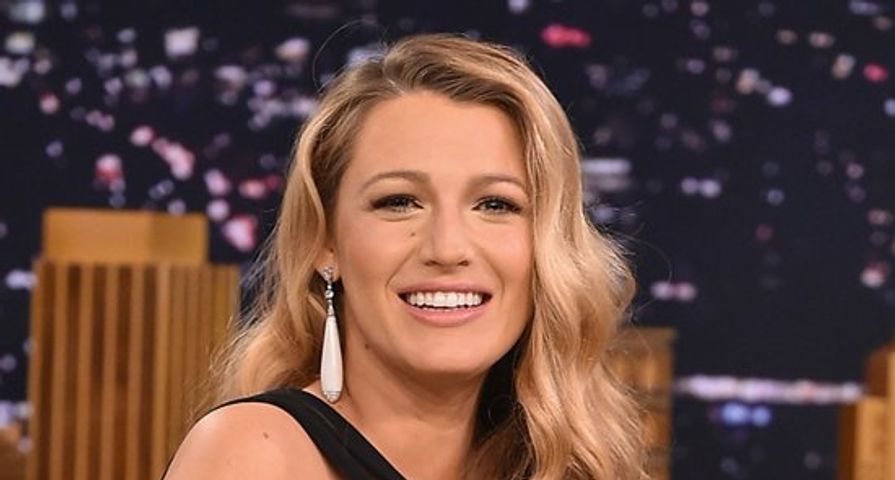 On Friday night, Blake Lively stopped by The Tonight Show to show Jimmy Fallon a funny home video with her daughter, James.

Earlier in June, Lively came on the show to promote her new film, The Shallows. During the segment, the host gifted her with a life-size cutout of himself so the actress “wouldn’t miss him.” This week Lively returned to the show to show what her family had been up to since receiving the cardboard addition.

The video showed Lively’s young daughter James giving the Fallon cutout a kiss. When the mother asks her daughter, “Where’s your dada?” James points to the cutout. After watching the video, the real Fallon sat at his desk awkwardly and began fanning himself. “It’s a little confusing,” Lively joked. “I think I should do a paternity test, live, on air.”

But Lively’s husband, Ryan Reynolds, was too busy having fun with the cardboard cutout to be upset at Fallon. Fallon shared a series of photos Reynolds took with the cutout, including the two of them drinking a little too much scotch.

You can view the funny video below!