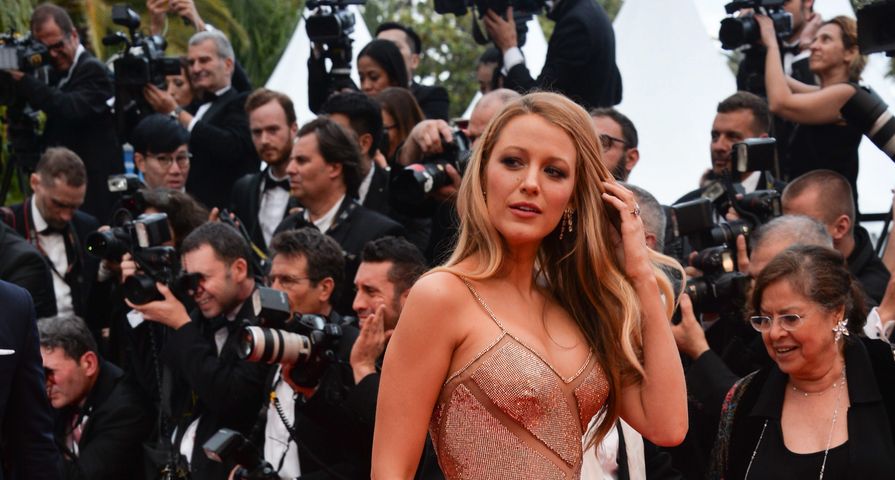 A month after she made headlines for a comment about her own body, Blake Lively went on air to clarify her intentions.

In May, the 28-year-old actress attended the Cannes International Film Festival where she donned gorgeous dresses on the red carpet. One outfit prompted her to make an Instagram post about her body. Sharing a photograph of the front and back of herself in a gold beaded gown, Lively wrote, “L.A. face with an Oakland booty.” A reference to rapper Sir Mix-A-Lot’s “Baby Got Back,” Lively’s comment created a Twitter storm among users, as many felt she was ignorant of the racial connotations of the song.

On Tuesday, Lively went on Shade 45 to speak with host Sway Calloway about the backlash she received about the post. “It’s something I was proud of. I never meant to offend anyone. But Sir Mix-A-Lot, he actually said a very nice thing, he was very defensive and kind, because it’s just about celebrating women’s bodies, and that’s what I was doing,” she told Calloway. “I would never want to hurt anyone’s feelings or upset anyone.”

“I was celebrating my body. It’s nice to have a nice curve and not look like you’re starving to death,” she added.

Lively also discussed how the red carpet creates unrealistic expectations of what women should look like. “It’s also unfair what you see in the media so much. What I look like on a red carpet is not what I look like in real life,” she revealed on the radio program.  “Even in that dress, I’m wearing a great, tiny corset that like someone has synched me in within an inch of my life and it’s the most favorable version.”

L.A. face with an Oakland booty