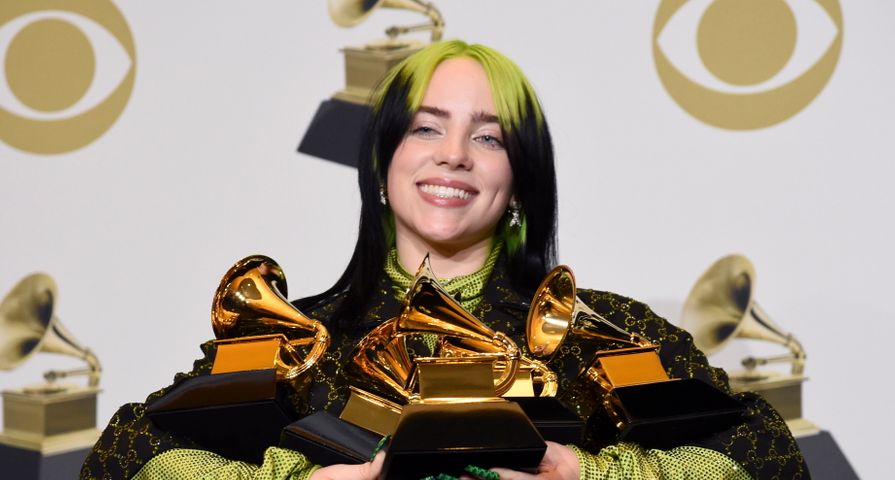 Billie Eilish won record of the year for her song “Bad Guy,” which means the 18-year-old musician swept all four major categories of the night, including album of the year, song of the year, and best new artist.

Eilish, who was the second-most nominated artist of the night, is the youngest solo musician ever to be nominated – and win – all four categories! She also took home the best pop vocal album, winning a total of five Grammys.

The singer is also the first woman and second person to win record of the year, album of the year, song of the year and best new artist in the same year. The first artist to do so was Christoper Cross in 1981.

Instead of giving a long and elaborate speech at the microphone, the singer was joined by her brother and collaborator Finneas O’Connell for a quick “thank you” in unison before quickly exiting the stage.

Eilish and O’Connell had just left the stage after previously accepting the award for album of the year.

“Mainly I think the fans deserve everything. I feel like they have not been talked about enough tonight, because they’re the only reason any of us are here at all,” Eilish previously told the crowd as she accepted her best new artist prize. “So, thank you to the fans… You guys make this worth it.”

Lizzo and the singer are the first artists to be nominated in all four general field categories since Sam Smith in 2015.