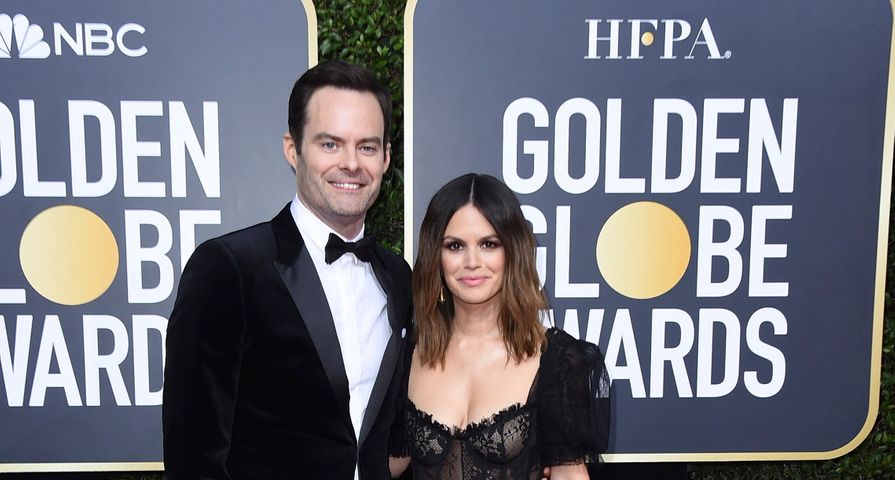 Bill Hader and Rachel Bilson just confirmed their relationship at the 2020 Golden Globes!

The newly official couple attended the award show together on Sunday, January 5, while holding hands as they made their way down the red carpet.

The actor wore a classic black tuxedo with a black jacket, white dress shirt, black bowtie, black pants and shoes. Bilson opted for a stunning black low-cut dress with frilly sleeves and a lace bodice with a flowing black dress with a golden designer around the hem.

Their public outing comes just weeks after Hader and Bilson were spotted together grabbing coffee in his hometown of Tusla, Oklahoma, in December, which sparked romance rumors between the two.

Hader was nominated for Best Actor in a Television Series – Musical or Comedy for his role in HBO’s Barry.

In photos obtained by TMZ, the 41-year-old actor was seen with the former The O.C. 38-year-old actress who was close behind him in December. Hader wore a black sweatshirt with a blue jean jacket, grey jeans, and a black hoodie while holding a coffee cup.

The outlet speculated that he was holding Bilson’s hand during their outing.

Two months before those photos, the couple was also spotted together at a restaurant in Los Angeles.

Hader and Bilson previously starred together in the 2013 rom-com The To Do List. The film’s director, Maggie Carey, was married to the actor from 2006-2018. The pair share three daughters: 10-year-old Hannah Kathryn, 7-year-old Harper, and 5-year-old Hayley Clementine.

Bilson, at the time, split from actor Hayden Christensen in 2017 after nearly dating for a decade. The former pair share 5-year-old daughter Briar Rose.