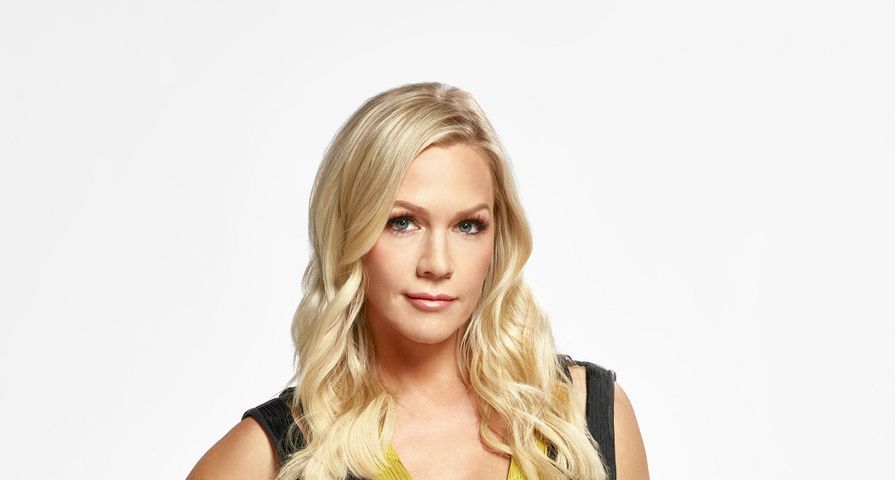 When Dave Abrams filed for divorce from Jennie Garth the actress was “blindsided” but after 10 months of separation the pair came back together and their marriage is still intact, and now the BH90210 star is opening up about her near third divorce.

Garth told PEOPLE that their fast relationship played a part in what went wrong as the pair met, got engaged and were married in under one year. “We rushed it too much, and we had individual things we needed to work out. Maybe it was a mistake [to move so fast] and we’ve all had to learn and grow from that,” she shared.

“When everything wasn’t shiny and pretty and fun like it had been initially, when things got challenging, [Dave] didn’t know how to handle it as much,” she added.

After three years of marriage Abrams filed for divorce, and Garth heard about it from TMZ, not her husband. “I found out that he filed for divorce from TMZ,” Garth revealed, adding that she eventually used it as inspiration for her new show BH90210. “That was a big deal for me. So we used it in the show, because why not use the things that hurt us most and then take the power out of them and make them funny.”

“The [possibility of a third divorce] really devastated me,” she said referring to her first marriage to musician Daniel Clark and second marriage to actor Peter Facinelli, with whom she has three daughters. “I was in a really bad mindset for a good five or six months. It was just embarrassing. And it made the accepting of it so much harder. But when I finally did accept, like, we’re breaking up, I had to tell myself, Dave is not an option. Because I kept wanting it. And then, just when I felt whole again, we started hanging out.”

She added that now she and Abrams are “continuously working on their relationship” but neither want to give up on it. “We both had separate learning to do, and then coming back and sharing that growth was kind of the fiber that connected us back together like, ‘I see you differently now.’ ”