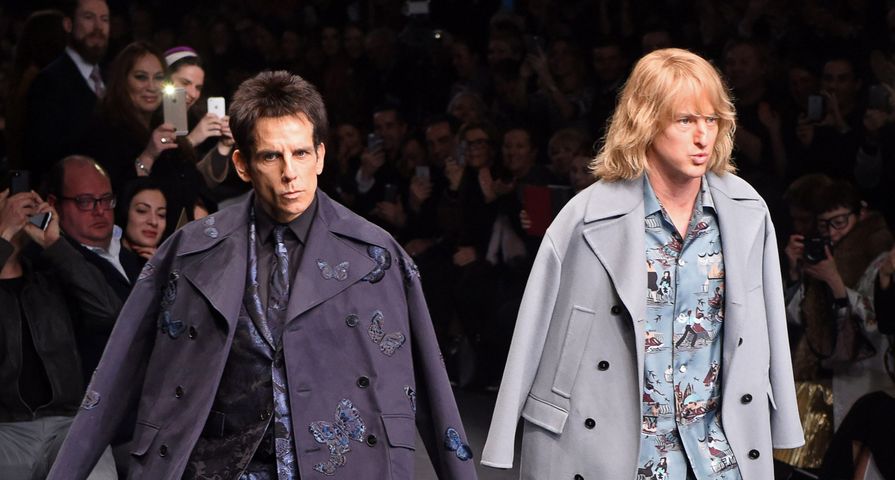 It seems the new thing in Hollywood to create money-making movies (aside from resurrecting and rebooting older films) is to create and a release a sequel -decades after the first.

Although many fans were excited to hear that the 1996 blockbuster film Independence Day would be getting a second installment 20 years after the first, there has never been a more perfect sequel announcement than the one for Zoolander 2:

On Tuesday March 10, a surprise appearance was made by none other than actors Ben Stiller and Owen Wilson who walked in the Valentino show at Paris Fashion Week as their Zoolander alter-egos; Derek and Hansel. The “really, really ridiculously good-looking” pair donned some impressive duds and did their best ‘blue-steel’ as they took over the runway -of course stealing the spotlight.

After the show, the pair posed backstage with Vogue’s Anna Wintour as the magazine posted an Instagram of the three, confirming the sequel. “Speak no evil. See no evil. Hear no evil. Derek #Zoolander and #Hansel are back! Photo by @kevintachman backstage at @maisonvalentino. #Zoolander2.”

It seems that Stiller will be back in the director’s chair as he wrote and directed the first film in 2001 but this time Jennifer Aniston’s beau, Justin Theroux will be taking over writing duties for the sequel.

Many assume that the film will portray the two trying to reinvent themselves in the fashion world, based off an interview Stiller did in 2010. “In the fashion world, if you go away for a year, it’s changed— it just happens so quickly. I think the idea in the beginning of the movie is that it’s 10 years later, and Derek and Hansel are literally forgotten. Nobody remembers who they are, so they have to reinvent themselves.”

Watch the pair dominate the runway below!