Home » Entertainment » Movies » Cast Of Zoolander: How Much Are They Worth Now?

Cast Of Zoolander: How Much Are They Worth Now? 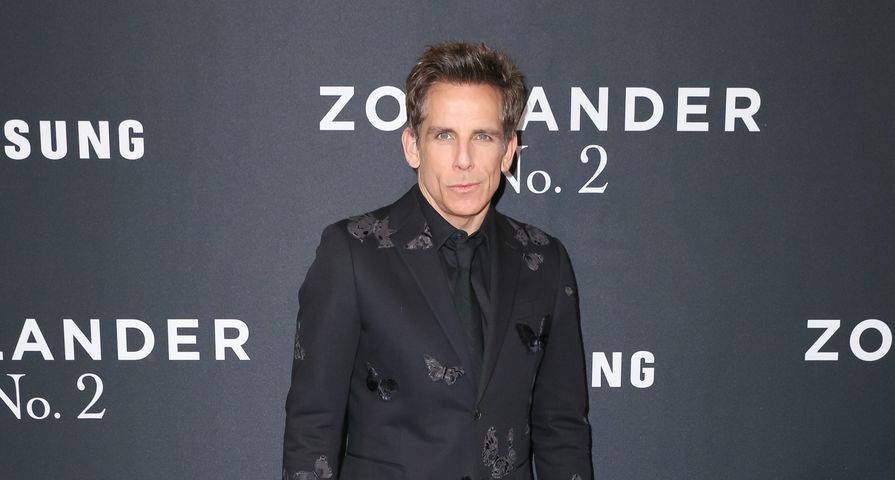 Zoolander was one of those great movies that was just jam packed with A-list actors and actresses along with celebrity cameos. And all of that star power pulled in some box office success in spite of mixed critical reviews. The fashion-industry parody gathered a cult gathering, and with the recent release of Zoolander 2, we’re taking a look at the original cast and checking out their estimated bank accounts!

Estimated Net Worth: $12.5 Million. Jerry Stiller is best known to a new generation for playing the dad on the hit comedy sitcoms, Seinfeld, and The King of Queens, but Jerry has a long history in the biz and he spent many years as a comedy duo in the ’60s and ’70s with his late wife, Anne Meara. Jerry has been a big part of his son’s projects and appeared by his side in Zoolander, Heavyweights, Hot Pursuit, and The Heartbreak Kid. While Jerry hasn’t formally retired from acting, his most recent work was in 2014 with the Television Special How Murray Saved Christmas. After a lengthy career, spanning 60 years, Jerry Stiller has earned himself a comfortable fortune of $12.5 million!

Estimated Net Worth: $45 Million. Jon Voight is a respected Academy Award winning actor with a career that began in the 1960s, but he took the time out of the epic drama scene to play the role of Larry Zoolander in Zoolander. Voight is well-known for his roles in Midnight Cowboy, Deliverance, Runaway Train, Heat, and Mission Impossible. He was prolific throughout the ‘90s and 2000s and has been in 36 feature films since 1990 and various television projects including Return to Lonesome Dove, The Tin Soldier, and Ray Donovan. And while Voight’s daughter, Angelina Jolie, may be worth a bit more than him, he’s still earned himself a pretty penny with an estimated net worth of $45 million!

Estimated Net Worth: $36 Million. This multi-talented actress is also well known for her modeling work, but not too many people know that she’s also dabbed in the music biz and fashion industry. Her breakthrough role in the movie biz was in the French sci-fi flick The Fifth Element, where she starred alongside Hollywood veteran, Bruce Willis. From there, the Resident Evil franchise shot her to new heights and in 2006 she was deemed “the reigning queen of kick-butt” by VH1. Jovovich has released several albums: The Divine Comedy, and the reportedly unauthorized The People Tree Sessions. Milla now releases her singles for free on her official website.  In 2003, she and fellow model Carmen Hawk launched their own clothing line, Jovovich-Hawk. While it ceased operations in mid-2008, Jovovich says that they stopped production due to their busy schedules. And busy, she has been. This year she’s returned to the Zoolander franchise and next year we’ll see the release of the final installment in the Resident Evil saga. The many enterprises of this Ukrainian-born mogul have earned her a massive $36 million bank account!

Estimated Net Worth: $60 Million. David Duchovny is a man of many hats! He’s an actor, writer, producer, and singer-song writer! His best known roles are probably in the television series’ The X-Files and Californication. Duchovny got his start producing on Californication, but has continued in the executive-producer role with the Charles Manson based series Aquarius, in which he also plays the lead role of Sam Hodiak. Last year was a big year for him. In addition to acting and producing a series, he also released a book Holy Cow: A Modern-Day Dairy Tale, and released his first music album Hell or Highwater. Sci-fi fans also got the good news that The X-Files would be returning in 2016 after the series seemingly wrapped in 2002! This busy boy has been earning massive pay checks and it shows! His estimated net worth is a whopping $60 million!

Estimated Net Worth: $100 Million. In 2015 this member of the Frat Pack was dubbed the best comedian of the year by the British GQ Men of the Year Awards. And it’s not hard to see why! Will Ferrell has developed a larger than cult-like following with his Emmy nominated performances on Saturday Night Live, films like A Night at the Roxbury, Step Brothers, Anchorman: The Legend of Ron Burgundy, and Wedding Crashers, and with appearances on television mini-series like The Spoils of Babylon and The Spoils Before Dying. Ferrell has become notorious for his brand of humor and reached a more family-based audience with his voice over work in Megamind, and his portrayal of the lovable man-child, Buddy, in Elf. He’s also worked closely with Adam McKay and the pair launched the site “Funny or Die” and co-produced Eastbound & Down together. All of Farrell’s various ventures have landed him a huge net worth of an estimated $100 million.

Estimated Net Worth: $10 Million. Marcia, Marcia, Marcia! Christine Taylor’s big break came with The Brady Bunch Movie in which she played the memorable character of Marcia Brady. She’s also known for her roles in The Wedding Singer, Dodgeball: A True Underdog Story, and the Zoolander films. Her hubby of over a decade, Ben Stiller, has been a large part of her success, as he has produced many of the films she’s been in. She’s also been involved in work on television with series like Curb Your Enthusiasm, Burning Love (also produced by Ben Stiller), and Arrested Development. We’ll be able to catch her in the drama flick Little Boxes later this year. All of her acting work has earned her a pretty paycheck and an estimated net worth of $10 million!

Estimated Net Worth: $45 Million. Owen Wilson is part of a family of acting brothers including both Andrew and Luke Wilson. Owen began his acting career alongside both of his brothers back in the mid ‘90s with the award winning comedy, crime-drama, Bottle Rocket. And from there it was onto some of his most classic roles in Shanghai Noon, Zoolander, The Royal Tennenbaums, and Wedding Crashers. He’s also taken on some more serious roles like in the Woody Allen film Midnight in Paris, which earned him a Golden Globe nomination. This year will be a big year for Owen with three films including the recently released Zoolander 2 and the upcoming flicks Mastermind and Bastards. All of Owen Wilson’s acting gigs have paid off and have earned him an estimated fortune of $45 million!

Estimated Net Worth: $150 Million. As the son of famous comedic geniuses, Jerry Stiller and the late Anne Meara, Ben Stiller was destined for a life in front of the camera. He’s become part of a group of comedic actors known collectively as the Frat Pack, and Zoolander showcases the talents of many of these A-listers! The average Frat Pack film grosses $79 million at the box office, with Zoolander coming just under that at $60.8 million. Stiller is also a producer and his real start in the biz came when he produced and hosted The Ben Stiller Show in the early ‘90s. A decade later, he was staring in and producing Frat Pack classics like Starsky & Hutch, Dodgeball: A True Underdog Story, Tenacious D in The Pick of Destiny, and Tropic Thunder. He’s also produced several television series including Burning Love, The Birthday Boys, Big Time in Hollywood, FL, and Meltdown with Jonah and Kumail. All of these project have earned Ben Still an epic amount of wealth and an estimated net worth of $150 million!