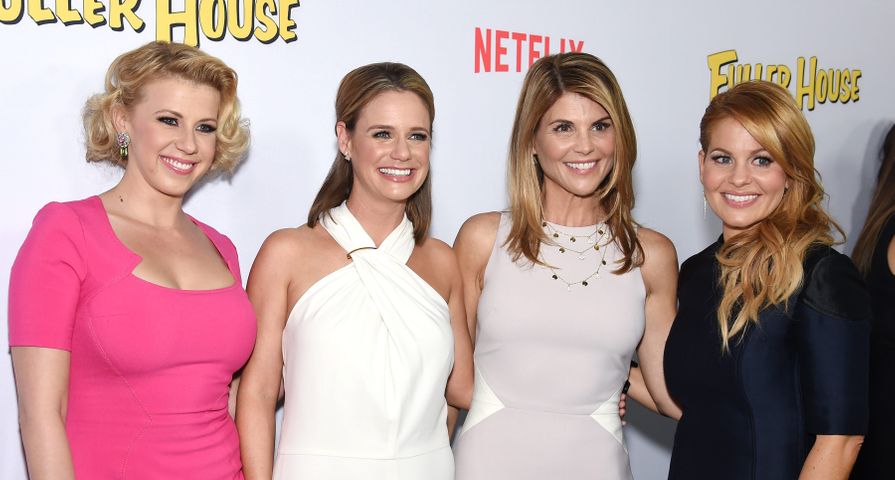 Fuller House star Andrea Barber wished former castmate Lori Loughlin was there for the final season of the show.

“She’s one of the sweetest, kindest and most down-to-earth people I’ve ever met. I love her, I love her unconditionally,” Barber told PEOPLE Now on Monday. “She’s just a sweetheart, and she’ll always be family to me.”

Early in the year, Loughlin and her husband Mossimo Giannulli were charged by the U.S. attorney’s office in Massachusetts for their involvement in the college cheating scandal. As a result of being associated with the nationwide controversy, the star would not be a part of the fifth and final season of Fuller House, which finished filming its last episode last week.

Barber opened up about how Loughlin’s absence from the set was felt while the crew and cast filmed the finale.

“It was really sad, and we could feel her absence,” Barber shared. “It just felt like there was a hole in the whole season but also in that final episode. She should’ve been there, and I’m sorry that she wasn’t.”

Despite Loughlin being involved in the college cheating scandal, Barber only had positive things to say about the actress, whom she stays in touch with as much as possible.

“Yeah, I have,” Barber said about keeping in communication with Loughlin. “She’s doing great. She’s doing as good as possible.”

“Loughlin and Giannulli allegedly paid $500,000 to admissions consultant William Singer to falsely designate daughters Olivia Jade Giannulli, 20, and Isabella Rose Giannulli, 21, as recruits to the USC crew team, though neither actually participated in the sport,” as reported by PEOPLE. “On Oct. 22, the couple faced additional charges when the U.S. Department of Justice said that Loughlin, Giannulli, and nine other defendants ‘conspired to commit federal program bribery by bribing employees of USC to facilitate their children’s admission.'”

A source told PEOPLE that Loughlin and her husband are extremely stressed as they await their trial.

“They feel like this is David versus Goliath. How do you go up against the federal government, when the government has decided to make an example out of you? How can you possibly move forward from this?” the source said. “This stress is about to break them.”

Fellow Fuller House castmate, Bob Saget – who has also avoided saying anything about Loughlin’s legal troubles – also only had nice things to say about Loughlin in an interview with Fox News at the end of October.

“I’ve never had any friends growing up,” added Saget. “So, I’m lucky to have any in the first place.”