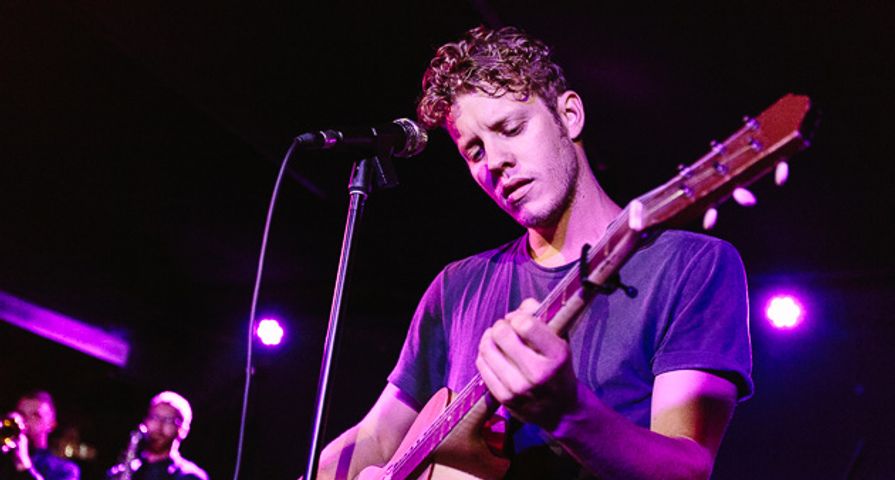 Singer Anderson East is certainly not a fan of Garth Brooks’ decision to lip-sync at the 51st CMA Awards on Wednesday, November 8.

East, who is a singer and is dating country superstar Miranda Lambert took to his Instagram on Thursday, the day after the awards to slam Brooks. “I keep a lot of my opinions to myself and respect anyone making music but as a person who tries to put on the best and most honest show I can night after night… this truly offends me,” he wrote.

He concluded his post with, He continued, “I was told country music is three chords and the truth.”

55-year-old Brooks was awarded Entertainer of the Year at the big event and admitted that he did in fact lip-sync his hit “Ask Me How I Know” and made the decision because of the grueling tour schedule he was on. “We’re in the middle of 12 shows in 10 days,” Brooks said. “Not 10 shows in 12 days, 12 shows in 10 days. We did a game-time call on whether to sing the track or lip-sync, and decided to lip sync.” He added, “The voice just isn’t there anymore, and you want to represent country music as best you can.”

In his acceptance speech Brooks thanked fellow entertainers including Reba McEntire and East’s girlfriend Miranda Lambert, “Getting this presented to me by the entertainer of a lifetime, I thank you,” he said, nodding at McEntire. “Miranda [Lambert] said it best, Little Big Town said it best — we’re a family. All you guys down here on the front row: We can all agree on one thing. Let’s all raise a toast. … to the band and crew. I was talking to Kelsea [Ballerini] backstage about how we get to do this for a living. … The most important thing other than God…is you [fans]. …I love you guys. We’re a family.”