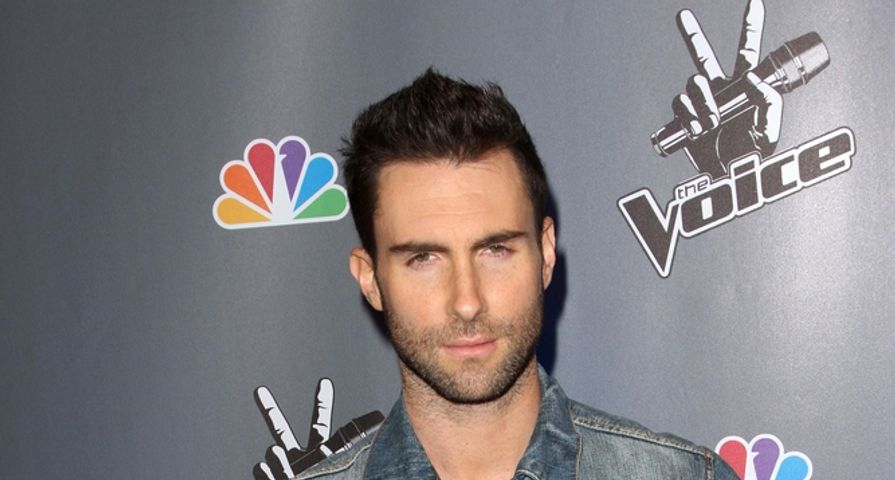 Adam Levine was looking clean-cut and fresh-faced… before he was flour-bombed behind the studio home of Jimmy Kimmel Live.

Was it another Jimmy Kimmel prank that a celebrity had something to do with? Um. Not likely. But… it’s Jimmy Kimmel… you never know.

Adam Levine showed up to the entrance area of Jimmy Kimmel Live, which is kind of down an alley, a half-block from Hollywood Blvd. in the heart of Hollywood, and the fans were ready and waiting. Many had posters, many were seeking celeb selfies and some simply wanted to see the guy in person. Adam seemed in a rush–in neither a good or bad mood–but he was kindly signing autographs when a flour-bomb came from within the crowd, and nailed Adam in the face and neck.

Yes. Flour everywhere. It got on Adam, his security guards and some of the bystanders. The culprit was pulled over the barricade, and taken to the ground before he was arrested.

Adam stormed off into the back lot area, and could be seen in the video (which you can see below), pacing angrily, before confronting the culprit who is sitting on a gear box.

The odd thing? Adam doesn’t wipe the crap off his face. It’s flour. Doesn’t that seem odd? That seems odd to me. It comes off rather easily, being it’s a powder. Anyway, there were no punches thrown, only angry faces.

It’s alleged that the prankster is the same guy who threw a rock at Dwayne “The Rock” Johnson in a similar setting, where he was also arrested. Yes, that’s poor form, but it is rather clever.

If you haven’t seen it, you can check it out below. Be forewarned, the video contains language NSFW.