Bachelor creator Mike Fleiss has been teasing this news for a while now on Twitter, and today the news has finally officially arrived. On Wednesday, April 29, ABC announced the June 8 premiere of The Bachelor: The Most Unforgettable – Ever!, a 10-episode retrospective highlighting “the most dramatic episodes ever” from The Bachelor franchise.

“Each Monday, directly from the Bachelor mansion, Chris Harrison will reach into the vault and bring back one of his favorite seasons, highlighting some of the most devastating rose ceremonies, passionate proposals, unexpected new arrivals, dramatic meltdowns, biggest breakups, and, of course, the most romantic moments. The weekly retrospectives will also include virtual catch-ups with fan-favorite Bachelor alumni, checking on the latest in their lives after their final rose,” per the retrospective’s media release.

The best-of series release comes after production for the latest season of The Bachelorette, which was set to premiere on May 18, was postponed indefinitely due to the ongoing public health situation. Production for the show has not yet begun, which has left a big timeslot unfulfilled in ABC’s Monday-night schedule through the summer. The Bachelor: The Most Unforgettable – Ever! will likely fill in The Bachelorette‘s original timeslot as well as Bachelor in Paradise, which was set to premiere in August but also has postponed production.

The Bachelor: The Most Unforgettable – Ever! will include the most dramatic moments chosen through a combination of fan requests via Twitter and producer picks. It’s likely that one episode in the 10-episode run will feature future Bachelorette star Clare Crawley.

The Bachelor: The Most Unforgettable — Ever! premieres Monday, June 8 at 8 p.m. on ABC. 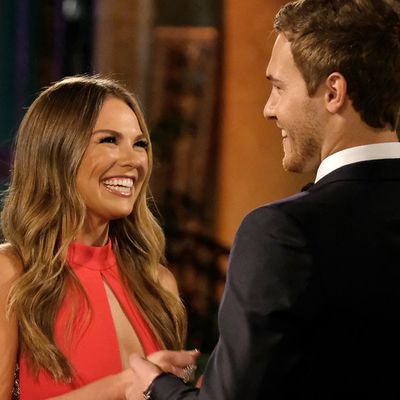