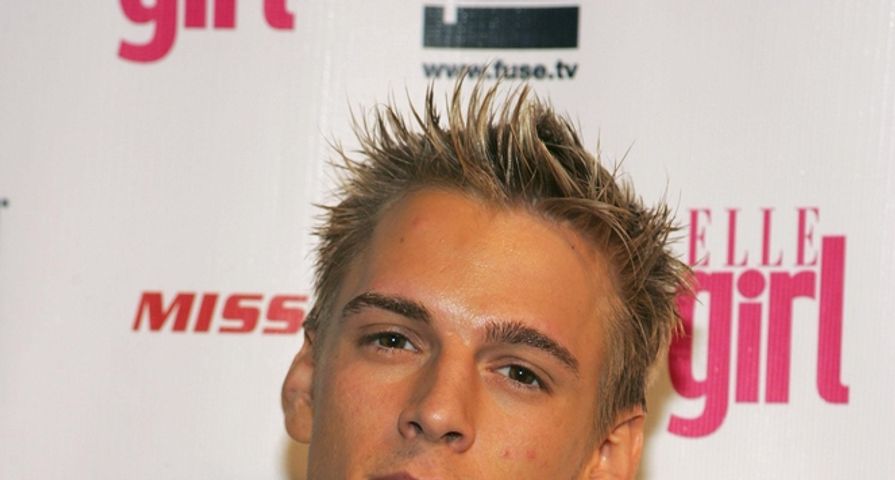 Aaron Carter hasn’t been shy or quiet for the lost love of his life, Hilary Duff.

For those who remember back when Aaron Carter was a teen hearthrob pop star in 2001, he was dating fellow teen star Hilary Duff, who was starring in her own Disney Channel show, Lizzie McGuire.

Then the two made fans explode with joy when Carter did a guest appearance on the show for a special holiday episode in which he played himself.

On Thursday December 4, Carter, 26, posted a photo on his Instagram of him reminiscing while watching the long ago episode along with the caption, “Merry Christmas Lizzie McGuire. #IWantCandy #AaronCarter #Flashback.”

In the episode Lizzie McGuire is a crazed Aaron Carter fan who sneaks past security to be able to meet the pop star and ends up in his “I Want Candy” music video.

While the two were a happy real life couple then, a little while later it was revealed that Carter cheated on Duff with a young Lindsay Lohan.

While it was merely a teen celebrity fling and Duff has moved on, married and become a mother, it seems Carter is finding it much more difficult to move on with his life.

Earlier this year he tweeted, “Don’t be that stupid douche that loses the love of your life forever…Like me…I’ll spend the rest of my life trying to better myself to get back to her. I don’t care what ANY of you think.”

He then continued being creepy about the relationship when he stated, “I don’t know who she is today, she doesn’t know who I am today, but I would sweep her off her feet if I ever got a chance to again and fix what I did wrong.”‘

Duff however did not feel the same way, saying his comments made her feel “uncomfortable” and he needs to “move on.”

While he was silent for awhile, Carter is at it again and definitely not ready to give up on the one that got away.