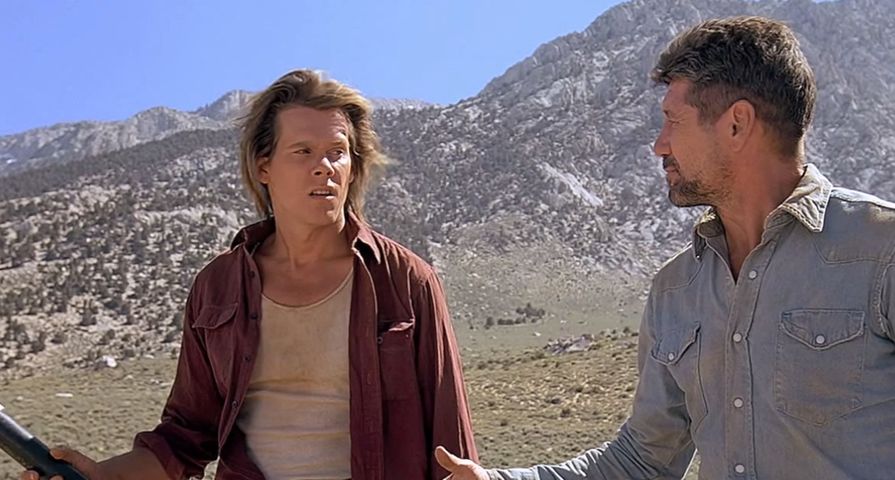 Better watch the ground beneath your feet because a TV reboot of the 1990 cult classic film Tremors is in the works, Entertainment Weekly is reporting.

Not only is the sci-fi film series being revived for the small screen, but even better news is that the original star, Kevin Bacon, is set to not only lead the cast for the show but also act as an executive producer. The 57-year-old actor hinted at the news on Twitter on Tuesday, Nov. 24 when he posted a throwback picture of himself and his wife Kyra Sedgewick on the set of the film. writing, “Me and @kyrasedgwick 9 months pregnant 26 years ago on the #Tremors set. Might be time to head back to Perfection.”

Fans of the series will remember Bacon starred as Valentine McKee who lived in the town Perfection, which was then terrorized by giant worms called Graboids, with the film spawning four direct-to-video sequels as well as a previous 13 episode series on the SciFi Channel, but Bacon only starred in the 1990 (and best) original film.

After returning to TV on The Following, Bacon spoke out about wanting to revisit the franchise and his character, telling Vice, I’d love to do something else with Tremors and revisit the character 25 years later. It’s a surprisingly good movie, I remember it being a little more sillier than it is ,” and adding that Valentine “is the only character that I’ve ever done that I’m interested in revisiting 25 years on.” While Universal Cable Productions and Blumhouse Productions are the developers behind the reboot, but have not committed to a particular network yet with reports that there are “multiple bidders.”