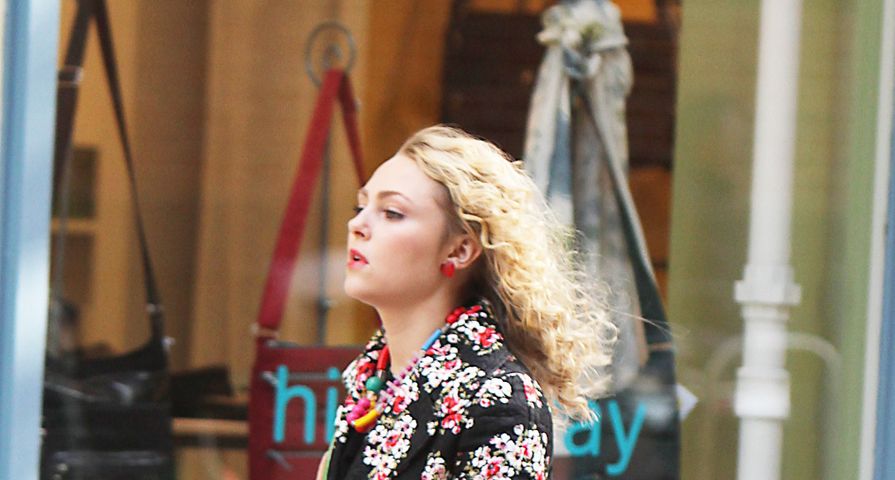 Typically fans of a popular television show tune in for the dramatic plot twists and relatable characters; however, a few standout series have allowed fashion to be a reason in itself to keep fans coming back for more! Television stylists have the power to bring a make-believe world to life through the clothes each character wears. Whether portraying a fashion designer, a 1920’s flapper or a New York fashionista, the true authenticity of the actress to the role they play really does weigh greatly on the outfit they’re wearing. Read below for Fame10’s take on the most fashionable shows to ever hit television:

Over the nine seasons of the hit television series One Tree Hill, Brooke Davis rose to be one of the most iconic (and fashionable) characters on the teen drama category. She began as a villain, but as the plot unrolled, it was clear she was simply an insecure teenager who eventually flourished into a driven and independent woman. Her passion for fashion was clear in high school and she later became the confident CEO of her own fashion line, Clothes Over Bros. Brooke and her fashion crew easily became the fashion stars of the show, often donning a style that was a mix of sophistication and sexiness.

Another standout show where the fashion became as intriguing to watch as the plot lines is Downton Abbey. The setting of the show takes place from 1912 to 1936 and costume designers Caroline McCall and Anna Mary Scott Robbins crafted looks that flawlessly matched this Edwardian period. The jazz-age inspired costumes consisting of a common formula of flapper dresses, extravagant hats and posh gloves which were often topped with bold hats and elegant pearls. Despite the common Great Gatsby theme the costumes exuded, each character also took on their own independent style. While Lady Mary seemed to cultivate a Chanel-inspired glam look, Cora leaned toward a more exotic sophistication.

Despite its short-lived television run, The City has remained a fan favourite when it comes to fashion. In The Hills spin off, Whitney Port took to the streets of the Big Apple where she traded in her laid-back Cali style for that of couture New York. Port took to the screen with fashion icon Olivia Palermo and the duo had quite the bitter relationship on the show, often portrayed feuding or frosting each other out. The City brought us into the offices of Elle and portrayed behind the scene footage in Diane von Furstenberg’s showroom. We love that The City amped up its fashion game from the more adolescent style we saw Lauren Conrad wearing on The Hills into a mature fashion-forward look.

The lead character Olivia Pope from Scandal has graced the screen in one of the most luxurious corporate styles we have seen to date. Although the show takes place in a highly rigid and political world, Pope has proven that business formal does not have to insinuate a uniform-like monotony. She is often wearing custom power suits, extravagant bags and sophisticated coats that have labelled her as the ultimate fashion connoisseur of office chic. Her style even created it’s own spin off fashion label inspired by Pope’s signature look!

The polished ’60s fashion aesthetic of Mad Men has proven to be one of the most outstanding television wardrobes of all time. Costume designer Janie Bryant boasts an array of tailored suits, bold coloured outerwear and mod waves which re-created the decades of our past exceptionally well. The iconic fashion from Mad Men has even transcended the television screens and become the root inspiration behind exhibitions and clothing lines that pay tribute to fashion’s past. The detailed selection of attire that was worn on the show really brought the ’60s to life on our screen and made the show feel real.

In yet another disappointing cancellation, The Carrie Diaries went off the air after only two seasons, but the extravagant fashion of the show definitely left its mark. On her role in Sex and The City, Carrie Bradshaw created a fashion legacy that extended far beyond the television screen. In the prequel show where Carrie’s love affair with New York began, the producers and costume designers went above and beyond by portraying AnnaSophia Robb in Carrie’s iconic style, but with a youthful and adventurous twist. Despite the age difference, Carrie’s signature wild curls, extravagant heels and statement style definitely rang true to the original series.

The brand new Netflix series Girl Boss inspired us once again to step out of our comfort zone and take risks when it comes to fashion. The show follows the storyline of the bestselling book written by Sophia Amoruso and how she single-handedly created a multi-million dollar fashion empire. The story follows the classic “rags-to-riches” plot but Sophia’s ability to turn outdated vintage clothing into unique masterpieces made our jaws drop. Her boho-chic style features high-waisted flare jeans, sky high platforms and an iconic 1970’s vintage biker jacket which inspired her to start the company in the first place. The magic of the show is how effortlessly Sophia can change a simple graphic tee and leather pants into a must-have trend, which is the very reason her company became as successful as it did!

Although Pretty Little Liars has taken many unexpected twists and turns throughout its seven seasons, the one thing that has remained consistent throughout is these Rosewood ladies iconic senses of style! Between the four leads, each girl has her own unique fashion which represents their personality and it’s been fascinating to watch their style evolve throughout the seasons. While Spencer has become known for her professional yet chic attire, Aria made her name through the eccentric and bold pieces she dons. And while Hanna became known for her feminine, fashion-forward look, Emily became infamous for her sporty, laid back style. Entire blogs have been made dedicated to mimicking the looks and pieces the girls wear on the show. Kudos to costume designers Mani Line and Cameron Dale for creating this on-screen fashion legacy!

It goes without saying that Sex and The City is arguably one of the most fashionable television shows of all time. Similar to Pretty Little Liars, each of these New Yorkers has their own individual sense of fashion, but the protagonist Carrie Bradshaw has created the fashion empire behind the show. Carrie even admits to buying Vogue over dinner in one episode, claiming it “fed her more.” Her style is completely unpredictable – from tutus in Time Square to sparkling Manolo Blahnik heels while hailing a cab, but this New York fashionista re-invented fashion and taught us that being stylish also meant being fearless.

When privileged high schoolers meet the upper east side, the fashion miracle we know as Gossip Girl was born. In yet another show set in New York, Serena and Blair’s iconic senses of style landed Gossip Girl as Fame10’s most fashionable television show. Blair’s preppy and polished look allowed headbands and brightly coloured tights to become icons, whereas Serena’s sensual style of sequinned minis and flowing maxi skirts created an empire in itself. No matter the occasion, whether grabbing brunch on Sunday morning or attending an A-list event, the cast of Gossip Girl were constantly donned in head to toe perfection. Despite all the gossip that Blair and Serena had to endure since the first “xoxo” in the first season, the one comment we can make is that this New York duo always looked absolutely phenomenal during it!