Home » Style » Fashion » 16 Most Expensive Celebrity Dresses Of All Time 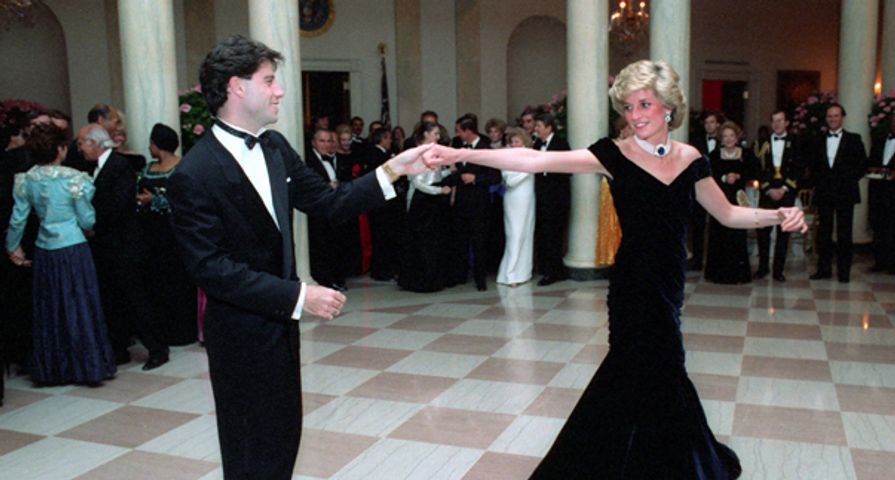 The celebrities of Hollywood have access to some of the most luxurious designer dresses in the world, but often at quite a hefty price range! With the amount of disposable income at their finger tips, it’s no surprise that A-list celebrities don’t even flinch when purchasing these extravagant gowns. Follow along for 16 of the most expensive celebrity gowns of all time:

Keira Knightley’s 2006 Oscars gown was one of the most beautiful creations to ever grace the red carpet! The maroon one-shoulder number looked radiant on the Pride and Prejudice actress, but the Vera Wang taffeta gown was even more memorable because it was donated to Oxfam which later auctioned it for $39 000. 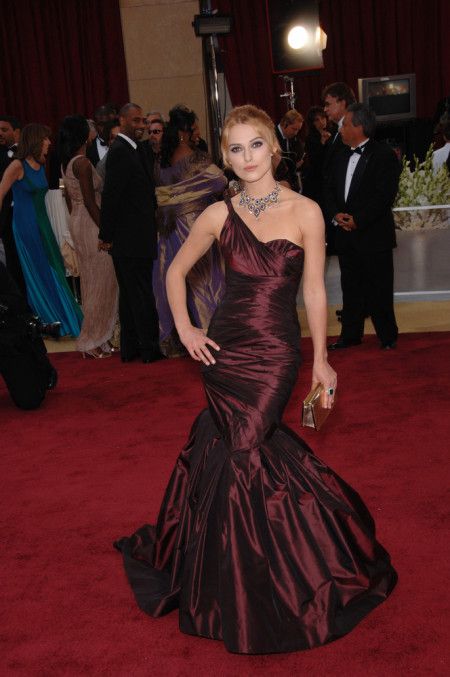 Beyonce never fails to leave viewers speechless when she steps onto the red carpet, but this particular look was definitely one her most memorable. Although the exact price of her 2016 latex Met Gala look is unknown, allegedly each individual pearl cost between $6000-$8000. Given the heavy pearl embellishment on the gown, this fact definitely makes her look one of the most expensive celebrity dresses of all time. 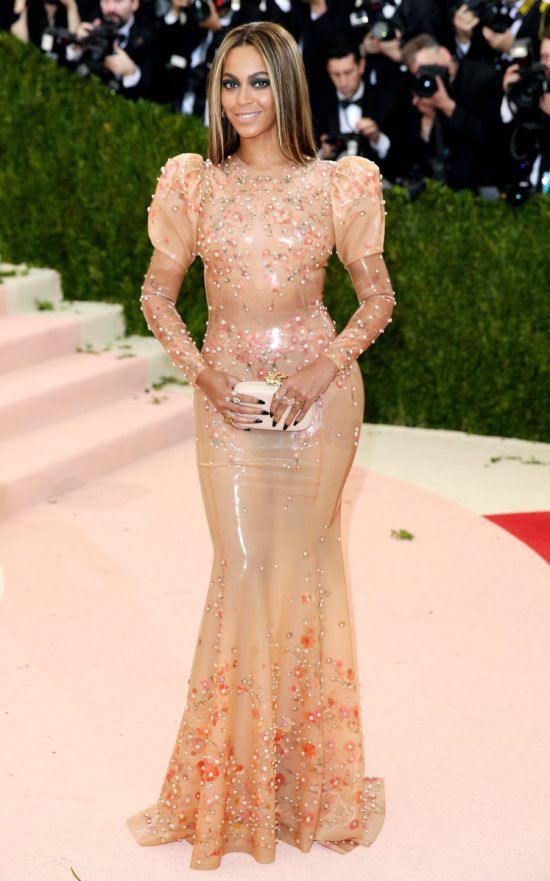 Cate Blanchett dazzled the entire evening at the 2014 Oscars when she stepped out wearing this stunning nude Armani Prive gown. The nude gown, which was embellished with hundreds of Swarovski crystals, cost $100 000 alone, not including the extravagant shoes and jewelry! 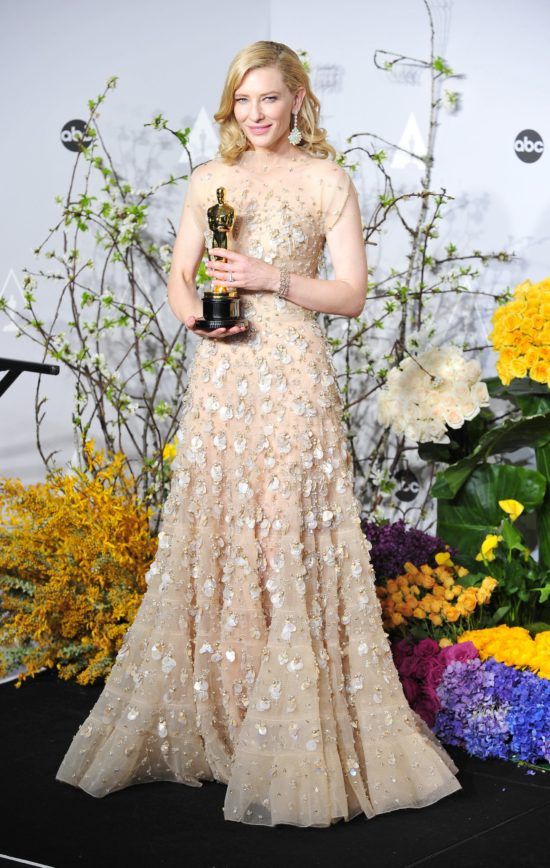 Kate Winslet wore a striking mint green creation for the 2007 Oscars with quite the hefty price tag! The Valentino number was allegedly picked out by her daughter, Mia, who clearly has quite expensive taste because the gown was reportedly worth almost $100 000. 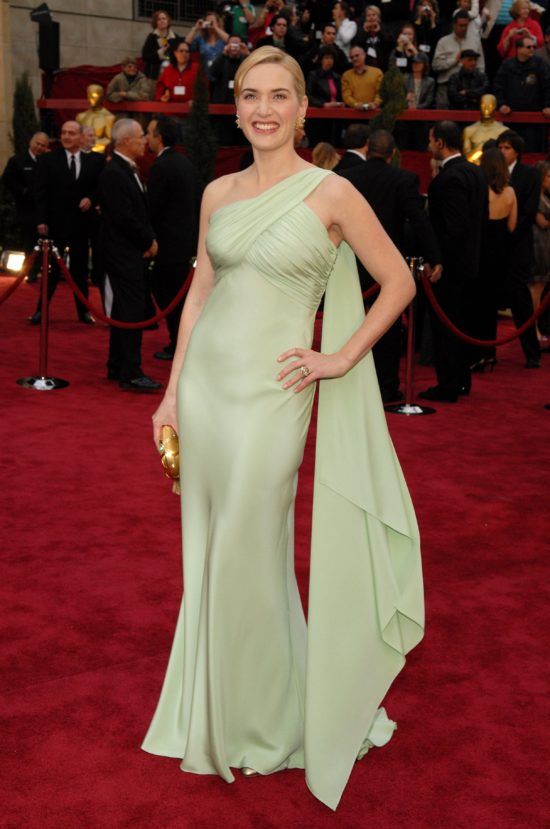 Although Charlize Theron’s 2013 Oscars gown may seem relatively simple, the custom Dior creation was actually valued at around $100 000. The entire look was even more expensive when factoring in her Harry Winston diamond cuffs which upped the value to approximately $4 million. 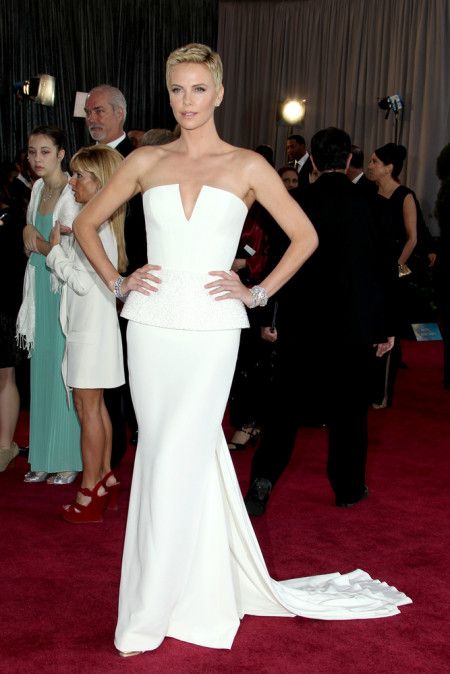 Anne Hathaway attended the 2011 Academy Awards wearing a striking crimson gown which was designed by her long-time friend and designer Valentino! It is suiting that she opted for something that made a statement because she was hosting the event and would have all eyes on her for the evening. The scarlet number is reported to have cost $80 000 on its own, but including the diamond Tiffany & Co. necklace brings the total cost up to a shocking ten million, according to Marie Claire. 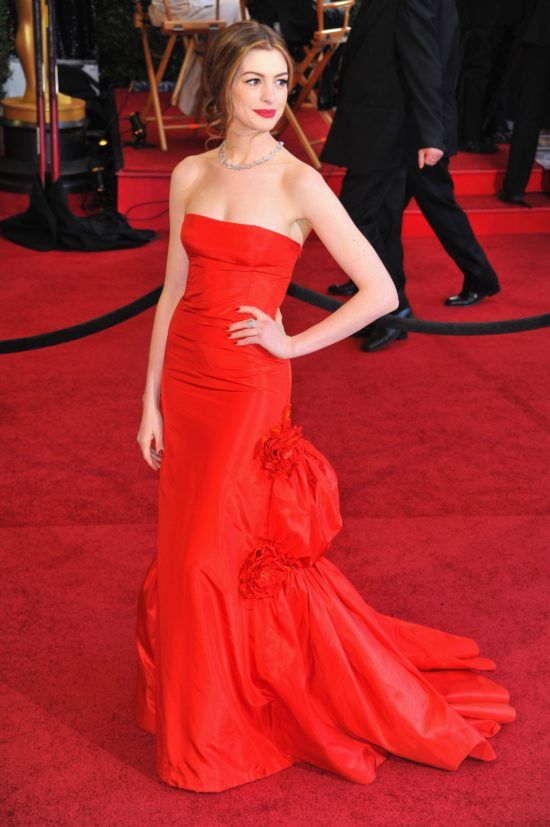 Lupita Nyong’o stunned at the 2015 Oscars where she wore this pearl-encrusted Calvin Klein creation. The look reportedly featured roughly 6000 pearls and the showstopper cost Nyong’o a hefty $140 000! The ethereal gown actually caused her some trouble too and allegedly the designer number was stolen from her hotel room following the event. 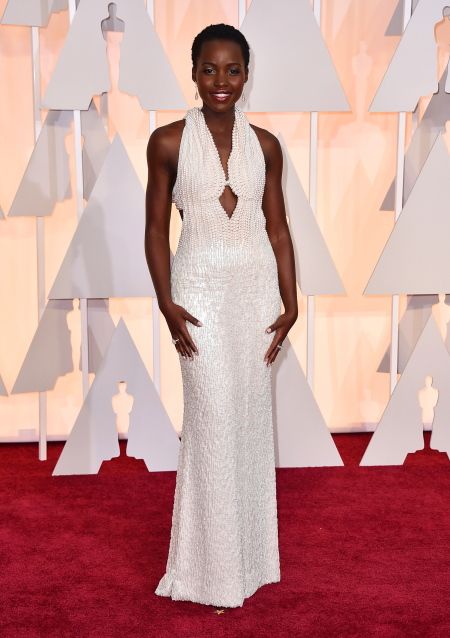 This powder blue Catherine Walker evening gown was undeniably one of Princess Diana’s most iconic and recognizable looks. The ever-elegant royal actually wore this formal look on three different occasions — during a portrait photography shoot with Terrence Donovan, to an opera premiere in 1989 and to the 1987 Cannes film festival. The silk gown and scarf combo was clearly one of the late Diana’s personal favorites since she wore it so often, so it’s reasonable that the gown was auctioned off for a whopping $137 000. 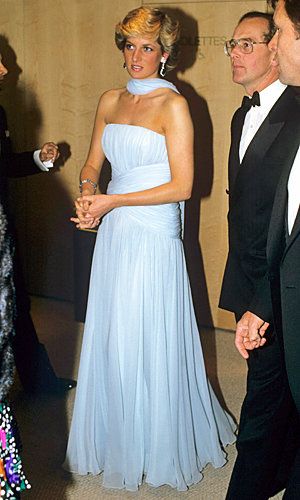 Audrey Hepburn’s starring role as Holly Golightly in Breakfast at Tiffany’s coined the original little black dress and initiated a fashion phenomenon. The sleek and sophisticated Givenchy number is arguably one of the most iconic on-screen dresses of all time, which means it definitely had a price tag to match its value. The infamous gown sold for a whopping $923 000 in 2006, nearly $80 000 short of 1 million dollars! 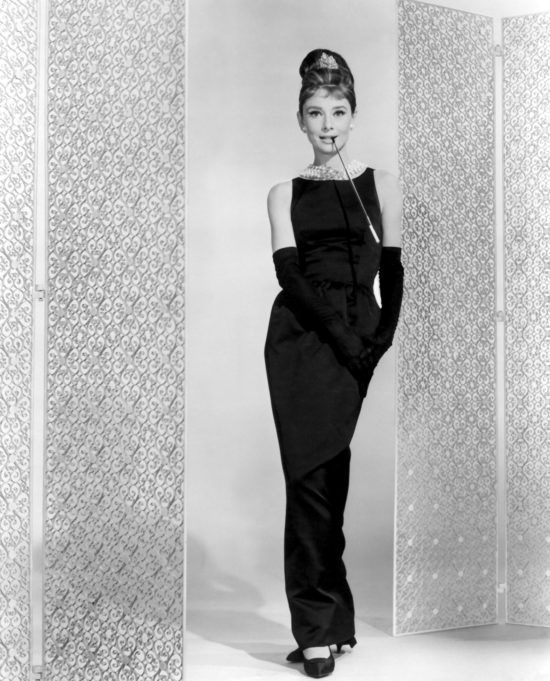 Many will be shocked to learn that the pinafore dress worn by Julie Andrews in The Sound of Music is one of the most highly valued celebrity dresses of all time! Although it doesn’t feature diamonds or any decadent displays of embellishment, the original 1965 dress worn by Maria Vonn Trapp in the film was sold for $1.56 million at auction. 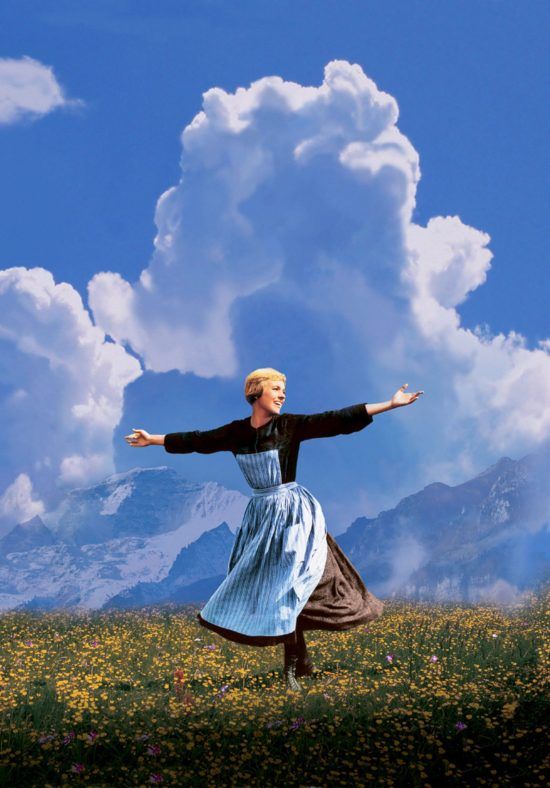 Although movie star Tom Cruise always has all cameras on him when attending red carpet events, Nicole Kidman definitely stole the show when the pair appeared at the 1997 Oscars! Kidman wore an unconventional head to toe yellow gown with embellishment around the neckline. Allegedly Kidman paid 2 million dollars to wear the John Galliano for Christian Dior design, along with others throughout the year.

One of Princess Diana’s most striking fashion moments was when she wore this Victor Edelstein velvet gown in 1985 at a White House Dinner. At the event, she shared a dance with actor John Travolta, which deemed the gown with the nickname the “Travolta Dress.” The dress was auctioned off for charity in 1997 to a businesswoman who purchased it for $140 000, which was the most expensive dress ever sold at an auction at the time. The gown was later resold at an auction in 2011 to a new owner for $340 000.

The wedding of Amal Alamuddin and George Clooney was the A-list event of the year back in 2014! Amal’s dress was a custom-made Oscar De La Renta design and was complete with intricate lace and an off-the-shoulder neckline. Allegedly the stunning custom-gown, which was also the last dress designed by the late De La Renta, cost a total of $300 800 to be created!

Kate Middleton looked absolutely ethereal on her wedding day when she stepped out in this lace creation designed by Sarah Burton for Alexander McQueen. The gown has gone down in history as one of the most iconic wedding dresses of all time but at the hefty price tag of $380 000. 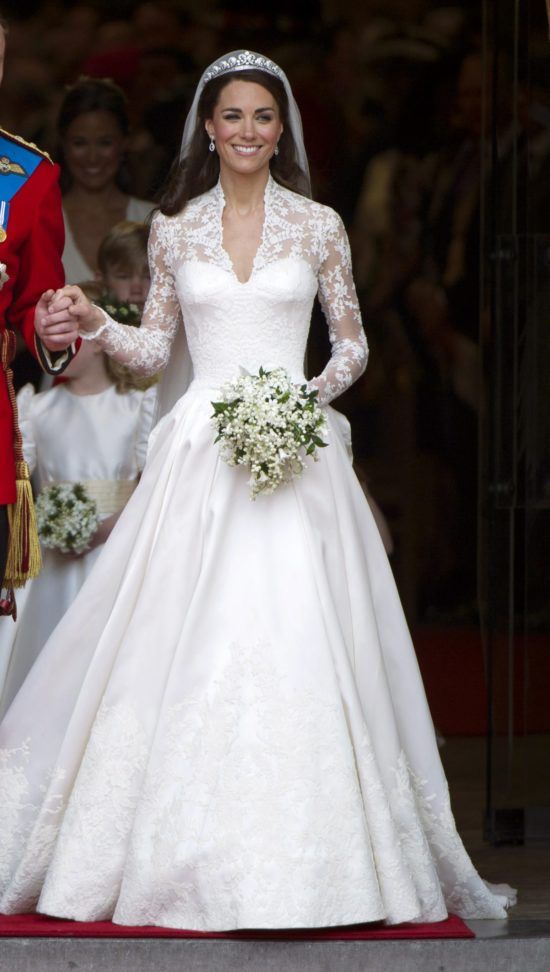 No one could possibly forget the stunning Dior creation worn by Jennifer Lawrence at the 2013 Academy Awards, especially after she tripped while ascending the stairs to claim her Best Actress award. The Couture blush gown was the cause of quite a bit of controversy following the awards show and allegedly cost $4 million dollars! 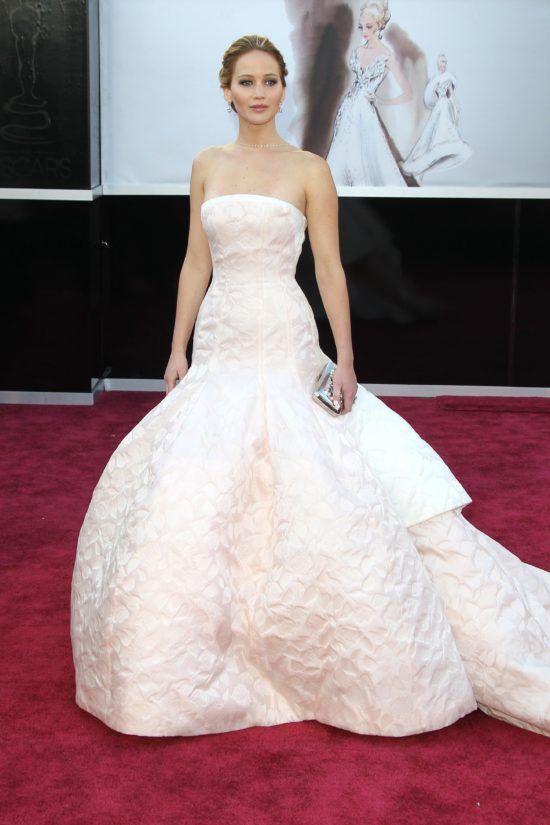 Marilyn Monroe’s subway dress from The Seven Year Itch was one of the most unforgettable on-screen fashion moments of all time! The pleated white dress was designed by Hollywood costume designer William Travilla and was purchased by Debbie Reynolds who auctioned it off along with 600 of her other pieces in 2011. The 1955 original gown from the film was auctioned off to the top bidder for $4.6 million dollars. 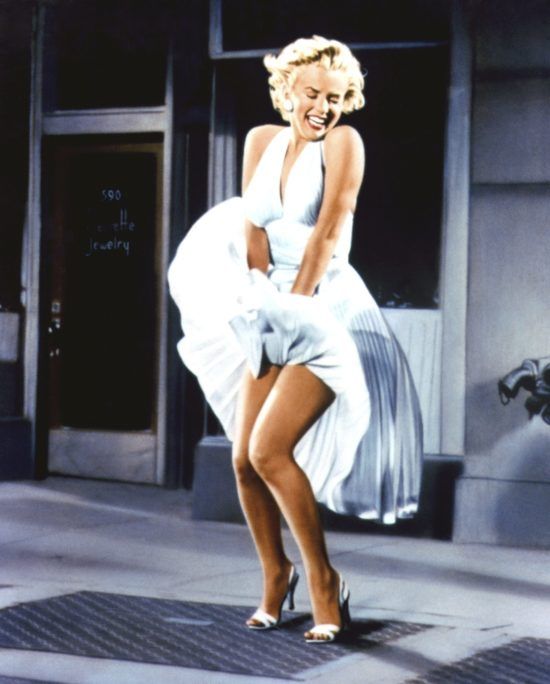