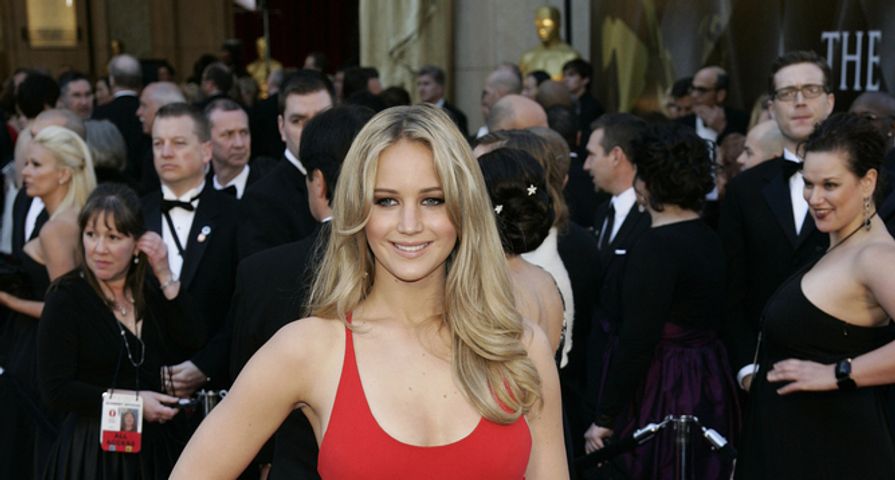 Jennifer Lawrence's 15 Most Hilarious Quotes Ever!

Jennifer Lawrence is one of the most popular actresses on the planet right now – and she’s quickly becoming a fashion trendsetter as well. Jennifer’s comfortable-yet-sophisticated style has become the inspiration for many fashion lines and her seemingly effortless beauty is admired by millions of people all over the world. But even the world’s most renowned fashionistas have their not-so-impressive moments on the red carpet.

From couture gowns to sexy jumpsuits, there’s nothing this Hunger Games star won’t try on the red carpet. The question is, which looks did she rock – and which looks failed to impress? We’ll leave those decisions up to you…

Jennifer showed up to the 2012 European premiere of the hit movie The Hunger Games wearing this figure-flattering gold number with black belt.

The blonde beauty donned a fierce and sexy short laced dress in a bold red hue to the Germany premiere of The Hunger Games in March of 2012.

Looking beautiful and elegant in a simple, floor-length red gown, Jennifer proved that less is more at the 2011 Academy Awards in Los Angeles.

The 23-year-old actress showed off her dark side in this intricately designed black gown at the Critic’s Choice Awards in January of 2013.

All eyes were on Jennifer Lawrence as she walked the red carpet of the 85th Annual Academy Awards in this stunning ball gown by Dior Couture.

Jennifer Lawrence kept it basic in blue but looked phenomenal as she walked the red carpet of the 2013 Screen Actors Guild Awards on January 27, 2013.

Lawrence looked svelte and sexy in this glittery gown at the 2011 Critics Choice Movie Awards in Hollywood.

Jennifer opted for another classic black dress with sheer detailing for the 2013 People’s Choice Awards at the Nokia Theatre in Los Angeles.

The budding actress stepped out of her comfort zone in this unique hot pink and black outfit at the 2011 Screen Actors Guild Awards in Los Angeles.

Jenn rocked this white, one-shoulder number with black jewelry and black shoes on the red carpet of the Directors Guild of America Awards in January of 2011.

Lawrence looked chic and sexy in this black jumpsuit and red shoes at the 66th Annual Cannes Film Festival in May of this year (2013).