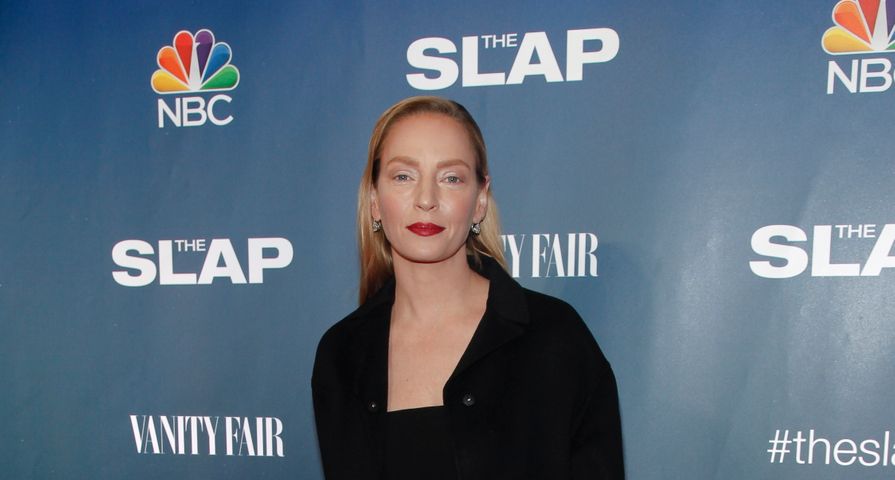 When it comes to looks, Hollywood is pretty unforgiving. Women are always expected to look young. Once they start aging, they are expected to start tweaking their faces. According to some actresses, their dermatologists have pushed Botox on them during routine visits. Enough of them have said that they weren’t satisfied with the results, complaining that they had difficulty moving their faces. In spite of this, many of them have gone back for more. More and more female celebrities are getting Botox and other plastic surgery procedures, which has ruined a whole generation of women. Here are 10 of Hollywood’s most frozen faces!

Megan Fox’s face has changed considerably since she was on the television series “Hope & Faith.” Even though her face has looked really frozen for several years now, she insists that she hasn’t had anything done. Back in 2011, she posted a series of pictures on her Facebook Page in an album titled Things You Can’t Do with Your Face when You Have Botox. She made a number of different facial expressions, which all looked rather challenging for her. Most critics assume she used Photoshop.

We think it’s pretty fair to say that Fox will never admit that she has done anything to her face. Even though her face almost always looks waxy and still, she will continue to lie and say it is natural. That’s fine with us. She’s still a member of Hollywood’s frozen face. It’s kind of sad. She’s so young compared to all of the other members!

Kim Kardashian used to be one of the most exotic-looking women in Hollywood. With her dark hair, olive-colored skin and curvy physique, she didn’t look anything like your everyday starlet. After rising to fame on her family’s reality TV show “Keeping Up with the Kardashians,” however, her looks have changed considerably. She’s still curvy, but the skin on her face looks extraordinarily tight like she’s gone a little overboard with the Botox.

Although Kim claims that she doesn’t use Botox, we all saw that episode of her family’s reality show where she decided to give it a shot. She ended up with bruising around her eyes as a result. While that may have been enough to deter some people, she seems to still be using Botox. Her face appears totally frozen and she is unable to really emote these days. It is really too bad cause she once had a really nice looking face. Now she looks like every other frozen faced celebrity in Hollywood.

According to Cameron Diaz, she gave Botox a try, but she didn’t like what it did to her face. “I’ve tried [Botox] before, where it was like a little tiny touch of something. It changed my face in such a weird way that I was like, ‘No, I don’t want to be like that’ – I’d rather see my face aging than a face that doesn’t belong to me at all,” she told ET Online. She also said that she loves aging. “I love it, I don’t mind. It’s like, ‘Guess what this means, I’ve smiled my whole life.’ I love life. I’m happy I don’t have a problem with that,” she said.

The “Sex Tape” star may say that she has no problem with aging; however, it doesn’t look like she has been aging. She doesn’t have many wrinkles, especially for someone who has spent so much time in the sun. Her skin also has that waxy look, which can only mean one thing – Botox and fillers.

When it comes to plastic surgery, Brandi Glanville is one of the only celebrities who will admit what work she has had done. She has admitted to having Botox, fillers, a liquid nose job, breast implants and vaginal rejuvenation. According to her, she has been getting fillers since she was 25-years-old and Botox since she was 30. We don’t think that she really needed any of it but the pressure in Hollywood isn’t like that of other cities.

In the last few years, the reality star has definitely gone overboard with the cosmetic procedures. She is looking pretty plastic and a little too frozen. She seems to recognize this, but she is getting older and feels like she needs it. “I admit I’ve overdone it at times, but mama is f*cking 41. Go f*ck yourself! There’s a learning curve, and I want to be youthful forever,” she said during her PodcastOne show. Something tells us that this frozen face thing is only going to get worse.

Nicole Kidman has had trouble moving her face for years. Almost a decade ago, people began speculating that she was getting Botox. She denied it; however, her face kept looking more and more frozen. We think that it is probably fair to say that she hasn’t had a wrinkle in her adult life, which is pretty weird. Back in 2013, she finally admitted to trying Botox. According to her, she gave it a shot and then when she realized she couldn’t move her face she stopped. “I did try Botox, unfortunately, but I got out of it and now I can finally move my face again,” she told Italy’s La Repubblica.

The Oscar-winning actress claims her lack of wrinkles is the result of her using sunscreen and avoiding cigarettes, which to us sounds like a bold-faced lie. She hasn’t been able to move her face for years, which can mean only one thing – Botox and a lot of it.

Faith Hill is another celebrity who says that she has no problems with aging, but has one of the most frozen faces in Hollywood. According to her, now that she’s getting older, she relies on a healthy lifestyle, which includes exercise and eating well, to help her age gracefully. She might believe that; however, we don’t. For a few years now, she has looked like she has been hitting the Botox pretty hard. Like many other stars, she doesn’t seem able to move her face the way that she used to.

We think that the country singer may have started her 40s with the best of intentions. She didn’t think that she would cave into the pressure to look young; however, after hanging out with a celebrity like Nicole Kidman, she probably changed her mind about aging naturally. When these two are out together, it is hard to tell who looks more frozen.

Jennifer Westfeldt is best known for her relationship with Jon Hamm. They have been together for almost two decades and her face has changed considerably since they first began dating. Some of this can be attributed to the natural aging process, but not all of it. For a few years now, her face has looked swollen and frozen, like she regularly gets work done. We don’t know how she feels about aging; however, just by looking at her face, it seems pretty clear that she doesn’t like it and she will do anything in her power to stop it.

Maybe she feels a lot of pressure. She’s dating one of television’s hottest actors and is currently in her mid 40s. Hollywood doesn’t like it when women age and maybe she never had the wherewithal to handle it. Instead she headed to her local plastic surgeon for fillers and Botox. The results are pretty bad. She doesn’t look like she can move her face very well.

This past summer, Renee Zellweger showed up at the Elle Women in Hollywood Awards looking like a totally different person. Her face looked pretty waxy and frozen and she looked as though she had recently had an eye life. She denied that she had any work done to her face and claimed that her new look was the result of her living a more “fulfilling life.” She must be pretty naïve to think that we would actually buy that.

Sources say that the Oscar-winning actress is having a lot of difficulty accepting the fact that she is no longer the hot young thing she once was and that she has become obsessed with looking younger. She’s also upset that all the good roles just dried up, so she decided to get some work done. Whatever she had done hasn’t made her look any younger. She just looks really different now – like a new person.

Courteney Cox has always been exquisitely beautiful. Unfortunately, she has had a lot of difficulty accepting the fact that she is aging. She has said in the past that she is game for trying anything to slow down the inevitable. It doesn’t really matter what it is. If it makes her look younger, she will try it. “I am an absolute guinea pig for anything that will keep me feeling good,” she told The Telegraph in 2012. “If someone says, ‘You should try apple stem cells,’ guess who’ll be putting them on her face the next day. Look, I’m close to 50. Getting older isn’t easy for anybody. Especially here in Los Angeles. So let’s be clear: looking youthful is something I do a lot of research on. Man, I could use some Botox right now.”

The only problem with this approach is that she has taken it a little too far. That beautiful face of hers has been awfully frozen for a few years now.

Uma Thurman is the newest member of Hollywood’s frozen face club. She showed up at the New York City premiere of “The Slap”  looking like someone else. Her high cheekbones have completely disappeared and there is a not a single wrinkle on her 44-year-old face. This isn’t the result of makeup – she has clearly had Botox and fillers and whoever did this work should be fired because she doesn’t even look like a younger version of herself. She looks older than before and more frozen than ever.

Several weeks before this event, Thurman showed up at the NBC Universal TCA Press Tour looking tweaked, but not this tweaked. She still didn’t have any wrinkles and it didn’t look like she could move her face very much either, but at least she was recognizable. Like Renee Zellweger, she has become a cautionary tale. Welcome to Hollywood’s frozen face club, Thurman!