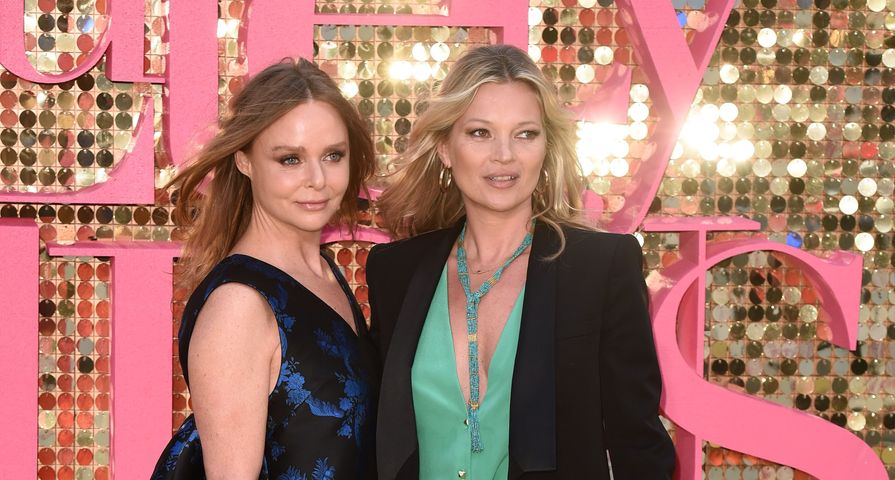 Just when we thought there was nothing more awe-inspiring than one stylish starlet’s shining red carpet moment, Hollywood BFF duos descended and proved that no one does fashion better than a pair of celebrity besties. Fashion-forward pairs such as Gigi Hadid and Kendall Jenner have demonstrated that one of the biggest benefits to having a stylish best friend is having access to a second wardrobe at your fingertips! We couldn’t help but fawn over the celebrity BFFs whose styles merge perfectly and flatter each other alongside their strong and fun-loving friendships. Follow along for Fame10’s most fashion forward pairs of celebrity BFFs:

Blonde bombshells Nicole Kidman and Naomi Watts were friends long before their Hollywood debuts and actually kindled a friendship when they were teenagers back in Australia. The friends have remained close for decades and have both become successful fashion icons in their own sense. The duo have become known for their polished, sophisticated style and are notorious for taking fashion risks that undoubtedly succeed and land them on plenty of best-dressed lists.

Shay Mitchell and Ashley Benson prove to be one of the most fashionable BFF duos both on and off the Pretty Little Liars set. On screen, Benson plays a fashion-loving character who ends up launching her own fashion line later in the series, while Mitchell proves to evolve her fashion sense on the show as she shifts from a sporty look into a more girly style in the later seasons. Off screen, both stars are infamous for sharing social media photos of themselves wearing luxury brands in exotic locations. Their styles are both refined, feminine and chic, which definitely provides all the BFF and fashion inspiration we could ever ask for.

Nina Dobrev and Julianne Hough are known for their coordinating senses of style. The dynamic duo was recently spotted in complementary beachwear by embracing matching floral print bikinis while vacationing. They also have previously dished that they love getting ready together, swapping clothes and sharing style and beauty secrets. “We’ve known the same person, Riawna Capri, who cuts and colors and does our hair,” Hough exclusively told E! News when asked how the duo initially became so close.

British-born beauties Rita Ora and Cara Delevingne are both notorious for rocking groundbreaking trends and their out of the box senses of style. The duo are known for their punk-meets-sporty style tendencies and never fail to stand out when it comes to fashion. The besties were rumored to be feuding back in 2013, but were later spotted leaving the Paris Fashion Week Chanel show together in their most stylish frocks, which proved the rumors false on this unbreakable BFF bond.

Dawson’s Creek alums Michelle Williams and Busy Phillips first became friends on set of the hit TV drama, but their friendship carried on and is stronger than ever despite the show going off the air in 2003. In terms of fashion, the duo is known for their casual cool style and often rock skinny jeans, simple dresses and pretty blouses. They also tend to coordinate, whether that means head to toe matching or contrasting color palettes, making their friendship fashion goals for bestie fashionistas everywhere.

The Hills costars Lauren Conrad and Whitney Port met during a fashion internship for Teen Vogue and fans watched them transform from awkward newbies to full-blown fashionistas on their television screens. The BFF duo was by far the most stable and drama free of the series, which is a rarity when it comes to reality TV. We loved watching these besties tackle the fashion industry together while working under icons such as Lisa Love and Kelly Cutrone. Conrad and Port never failed to show up to the Teen Vogue office rocking trendy LA style in their most fabulous designer garments.

Longtime BFFs Taylor Swift and Selena Gomez formed a friendship way back in 2008 when they both dated Jonas Brothers and have remained besties ever since. The duo constantly supports each other through thick and thin and Taylor recently posted a photo of Selena’s newest cover photo for her single “Fetish” on her Instagram to congratulate her BFF. Both girls have unique senses of style, but never fail to bring their A-Game. Taylor leans towards a casual, rocker-chic vibe whereas Selena tends to be more girly and retro these days. Fashion praise is undoubtedly in order when this iconic duo steps out together.

When it comes to fashion, there’s arguably no better duo than a supermodel and a world-renowned fashion designer. Kate Moss strutted her stuff down the runaway in Stella McCartney’s first show back in 1995 and the duo instantly became BFFs. McCartney and Moss have continued to partner together throughout the years and most recently Moss starred in McCartney’s 2014 Fall/Winter collection ads in her seventh time modelling in a campaign to support her BFF.

Supermodel duo Gigi Hadid and Kendall Jenner are known for their infamous sporty-chic street style. This pair of besties are often spotted donning coordinating outfits and love to post on Instagram sharing their latest fashion creations. Hadid and Jenner flaunt similar designer brands on a regular occasion and have taught us that stepping out in sneakers, leggings and a bomber can be totally trendy when styled correctly.

Celebrities Before They Had Stylists: 18 Shocking Transformations!

Eva Longoria and Victoria Beckham undeniably make one of the most stunning Hollywood BFF duos. These fashion queens are known for their ultra chic and fashion forward looks that are often risky but rewarding. Their wardrobes consist of clean lines and shapes, all-black pieces and minimalist glamour. Longoria even trusted Beckham to design the divine silk wedding dress she wore on the day of her ceremony. “@evalongoria the most beautiful bride. I am honored to have created your wedding dress X Thank you for asking me!!! X We love u! X #friends #VBDoverst #VBHongKong X VB’,” Beckham captioned a photo of the duo smiling together on the day of Longoria’s wedding.