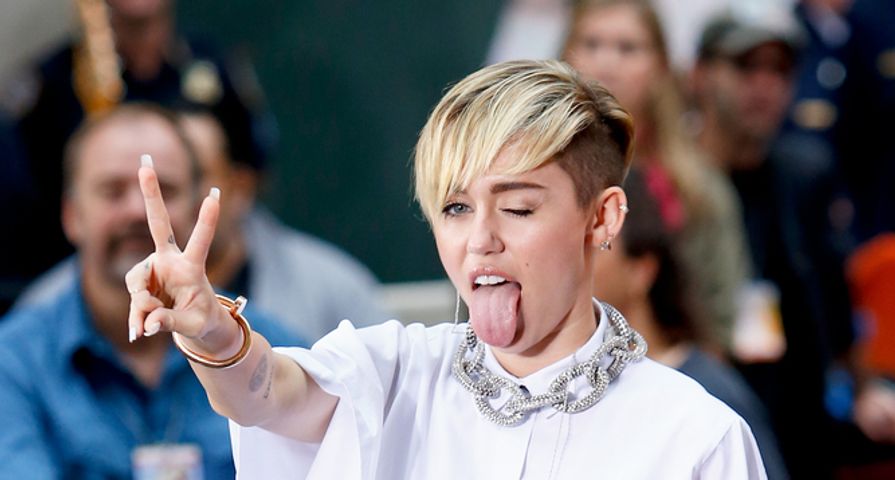 The MTV’s Video Music Awards are coming this Sunday and we are beyond excited to see what will happen at this year’s event! Last year was pretty eventful, so we’re hoping that this year’s awards will top it. Since the VMAs have become synonymous with controversy, we decided to take a stroll down memory lane and take a look at some of the most memorable but controversial moments from previous years. Some of these scandals are still fresh in our memory; however, others may have been completely forgotten. Here are 9 of the most memorable but scandalous moments from the MTV VMAs!

At the 2011 MTV VMAs, Justin Bieber made a few people squeamish. He showed up on the red carpet with a baby boa constrictor – who goes by the name of Johnson – wrapped around his hand. It looks like the snake was there purely for shock value. A couple months after the event, Bieber announced that he was going to auction off Johnson with all proceeds going Pencils of Promise, one of the organizations he sponsored through his Believe charity drive.

In 2009, Kanye West shocked everyone when he suddenly appeared on stage when Taylor Swift was accepting the award for Best Female Video and interrupted her halfway through her acceptance speech, protesting that Beyonce deserved the award instead for her “Single Ladies (Put a Ring on It)” video. After he handed the microphone back to her, Swift stood there stunned, as MTV quickly cut to a video featuring Tracey Morgan and Eminem. Thankfully Beyonce invited her on stage to finish her acceptance speech when she picked up the award for Video of the Year.

Lady Gaga loves to shock people, so it really shouldn’t come as too big of a surprise that the dress, shoes and hat that she wore to the 2010 VMAs were made of meat. The controversial singer explained her choice of attire to Ellen Degeneres. “Well, it is certainly no disrespect to anyone that is vegan or vegetarian. As you know, I am the most judgment-free human being on the earth. However, it has many interpretations, but for me this evening…If we don’t stand up for what we believe in and if we don’t fight for our rights, pretty soon we’re going to have as much rights as the meat on our own bones. And I am not a piece of meat,” Gaga said.

The 2002 MTV VMA’s also happened to be on the same day as Michael Jackson’s birthday. When Britney Spears was presenting the king of pop with his birthday cake, she referred to him as the artist of the millennium. From there, things went downhill. Jackson believed that he was receiving an award called “Artist of the Millennium” and gave an acceptance speech, as the pop princess stood there uncomfortably.

Michael Jackson and Lisa Marie Presley made every totally uncomfortable at the 1994 MTV VMAs when they opened up the award show by awkwardly kissing in front of everyone. Before the kiss, the king of pop coyly declared to the crowd, “And just think, nobody thought this would last.” Sadly, the kiss did not convince anyone that these two were in love. Instead critics claimed that it was a cheap ploy to restore his image after it was tarnished by accusations of child molestation.

At the 1999 MTV VMAs, Lil’ Kim – who is known for being completely outrageous when it comes to her choice of outfits – outdid herself by wearing a purple, mermaid-inspired catsuit with a matching pasty over left breast and a purple wig. Things got a bit more shocking when Lil’ Kim and Diana Ross arrived on stage to present an award. In front of the entire crowd, Ross gave the scantily clad rapper’s breast a gentle, but playful tap.

The Best And Worst Moments From The 2014 MTV VMAs

Sacha Baron Cohen – who was acting as his alter ego Brüno – caused quite a stir at the 2009 MTV VMAs when he landed face down on Eminem’s lap wearing only wings and a thong. The rapper was so incensed that he walked of the award’s show; however, it turns out that he was actually in on it. “Sacha called me when we were in Europe and he had an idea to do something outrageous at the Movie Awards,” Eminem told RapRadar. “I’m a big fan of his work so I agreed to get involved with the gag.”

The 9 Best MTV VMA Performances Ever

The vast majority of Britney Spears’ MTV VMA performances have been amazing; however, there is one that goes down in history as being one of the absolute worst. At the 2007 VMAs, she gave a lackluster performance of her new single “Gimme More.” Even though she is clearly a skilled dancer, Spears danced tentatively around stage, not even trying to keep up with her back up dancers. She also didn’t bother to lip sync to the track that was playing. Overall, it was a total train wreck.

Robin Thicke and Miley Cyrus created quite the shock wave at the 2013 MTV VMAs with their raunchy performance. Although many inappropriate things happened while these two were on stage, a few things stick out more than others: Cyrus’ barely there outfit; her inappropriate use of a Styrofoam hand; and her grinding against Robin Thicke as she stuck out her tongue suggestively. The former Disney star may think that she made history with this performance, but all it did was establish her as one of the trashiest young stars in Hollywood.