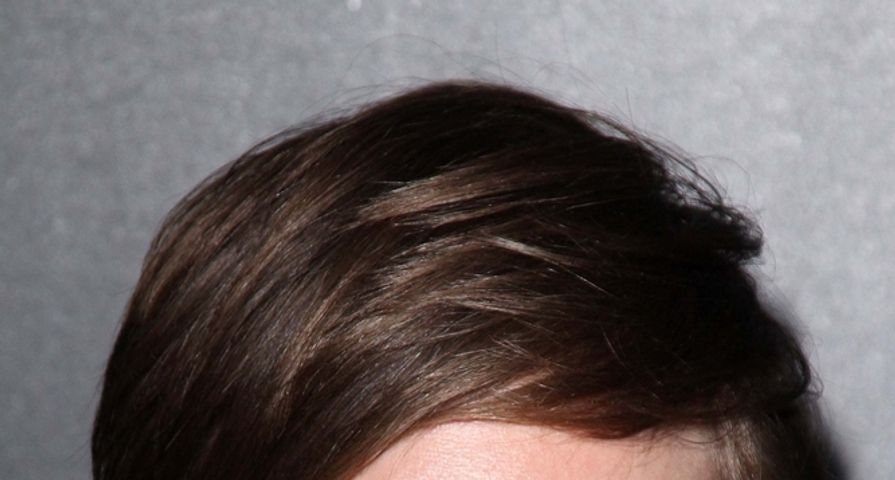 Television has its smoking hotties! And then it has it’s not so obvious sex symbols.

You know the ones I’m talking about—the amusing side kick that tends to grow on us, the quirky best friend with the wittiest line in the episode, the roommate who would be cute except for those exaggerated facial tics? Then suddenly, before we even realize it, we’ve shunned the charismatic lead character in favor of our closer to life, unlikely love interest.

That’s right, move over svelte leading men and ladies because there’s a new breed of television sex symbol in town. Here are the refreshing faces of TV that are getting us hot and bothered…

Sure, exterior beauty makes a nice package, but it’s what’s inside that really counts. And when it comes to complexity, Lena Dunham’s Hanna Horvath is about as real as it gets. On the exterior Hannah is awkward, unapologetic, and sometimes just downright crude. But that’s why we love her. She’s sexy because she’s herself and we wish we were all a little bit more like Hannah.

When you think of heroes, do you think of muscle-bound gladiator types, busting down doors to save you or do you think of a more passive, pensive champion who uses brain rather than brawn to conquer evil?  Dr. Reed had my heart in the pilot episode of Criminal Minds when we met the 22-year-old genius and autodidact fresh from earning his Ph.D. at Caltech. Sure, he may be downright socially awkward, but he makes up for it in spades with his eccentric charm, dapper style, and HUGE brains!

Jake Johnson may be downright sexy to some—that’s if you have a soft spot for a young man who’s big on self-deprecation with an oh-so-curmudgeon old man personality. As Nick Miller on New Girl, Jake runs the gamut of exaggerated facial expressions, from his bulging eyes to his downturned frowns. But Nick slowly grew in our eyes from grumpy roommate to soulful love interest to leading lady, Zooey Deschanel, if you took the time to look past the crusty, dorky exterior into those big brown eyes and quirky good looks.

Liz Lemon—sloppy style, neurotic as heck, and sometimes selfish—we forgive her for her faults because we empathize with them. That’s what makes this seemingly hopeless character so attractive. Especially when there’s such a bitingly-smart, beautiful, and funny woman behind Liz, Tina Fey.

He might be playing a gallant American marine with (potential) exterior motives, but Lieutenant Brody is a pasty ginger! However, it didn’t take us long to swoon over the spicy red head, especially when he dons his uniform. That and the undeniable chemistry with leading lady, Claire Danes (Carrie) leave us weak in the knee caps—who cares where his alliances lie.

6. Neil Patrick Harris (Barney, How I Met Your Mother)

Neil Patrick Harris…NPH…he’s funny, he’s crude, he has that Bro-Code book, and he can sure sing and dance, but sexy leading man—we think not! However, when Doogie Howser first appeared all grown up as brazen (and ironic) womanizer, Barney Stinson on the hit television series, one thing was made very, very clear: NPH can sure wear a suit! And maybe his tendency to “suit up” is why despite the undeniable charm of Marshall (Jason Segel) and never-ending endeavors by Ted (Josh Radner), the apple of everyone’s eye, Robin (Cobie Smulders), was nabbed by Barney in the end!

Maybe it’s reverse psychology, but self-loathing can certainly be sexy when it’s doled out by Louis C.K. This guy is born to fail on his series, Louie—which has him bumbling with career goals, fatherhood, his failed marriage, and attempts to appeal to women in general. C.K. can’t hide the fact that he’s extremely likable and vulnerable, which is undeniably sexy.

In a show about girls who focus mainly on boys, Adam appeared as a cautionary tale in the first season of the quirky television series. The guy was set up as crude, porn-addicted, prone to anger, and downright debasing to our fragile leading lady, Hannah. Not to mention the fact that his apartment kind of looked like a place where a serial killer would reside.  However, as his character evolved we soon learned that although somewhat damaged (who isn’t), Adam was the only one unafraid to bear his heart and soul without apology in the face of rejection. Hannah only needed to ask the right question.