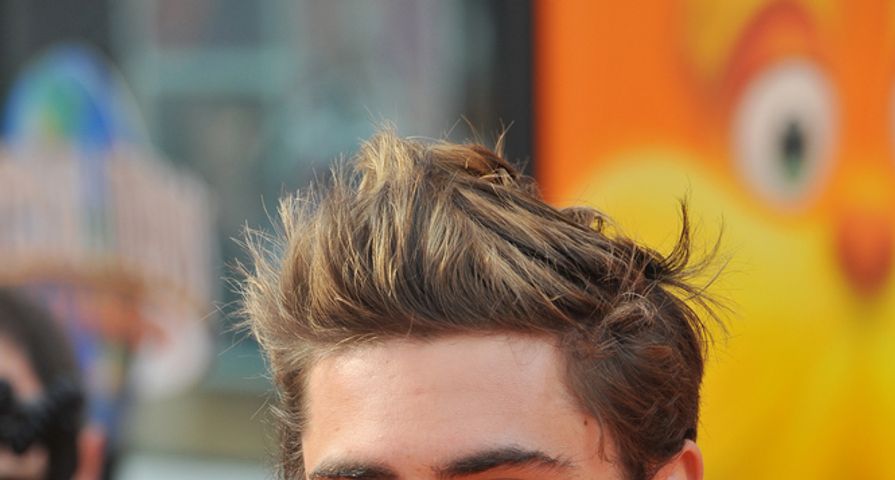 The release of MICHAEL JACKSON’s posthumous new album XSCAPE has brought back a special memory for superfan ZAC EFRON – he once spoke to the King of Pop at the height of his High School Musical fame.

Efron, who grew up worshipping the Thriller singer, never got the chance to meet him, but they did share an emotional phone chat one time when the actor was dining with Jackson’s director pal Kenny Ortega.

He recalls, “One time I was at dinner in France with the cast of High School Musical 3… and Kenny got a phone call from the other end of the table, and he answers it and he looks at me… and he goes, ‘I got somebody who wants to talk to you… Come here Zac,’ and I grabbed the phone. “I go, ‘Hello’, and he goes, ‘Who’s this?’ and I said, ‘It’s Zac’, and he goes, ‘This is Michael, hi’. “I just started crying, I don’t know what to say, my mouth won’t work… I’m just going, ‘I have so much I wanna say (to you). You’re the reason…’ and I start crying.It was a short conversation. He goes, ‘Thank you, thank you…’ and I hang up and handed the phone back to Kenny. Kenny’s like, ‘Wow, you messed that up’.”

However, the young star got the chance to redeem himself moments later when a confused Jackson rang back: “He goes, ‘Wait, is this Zac?’ and I go, ‘Yeah!’ and he goes, ‘Zac, hi, I didn’t know who I was talking to’. I go, ‘You know who I am?’ and he goes, ‘Yes, I love you’. And I’m like, ‘Oh my God, don’t say that to me…! You’re the reason I’m in music, you’re the reason I do what I do, you’ve been the inspiration to me since I was a little boy… I love you’, and I started crying again. “I had to leave the room, everybody was laughing… and then he started crying… We were both crying for, like, a minute to each other, like, uncontrollably, and then he said, ‘See Zac, dreams really do come true’… I will never forget that.”

Efron, who reveals he drove around Hollywood from audition to audition listening to Jackson’s music when he first started getting acting offers, was one of the first people to pick up a copy of the King of Pop’s new album when it was released on Tuesday (13May14).