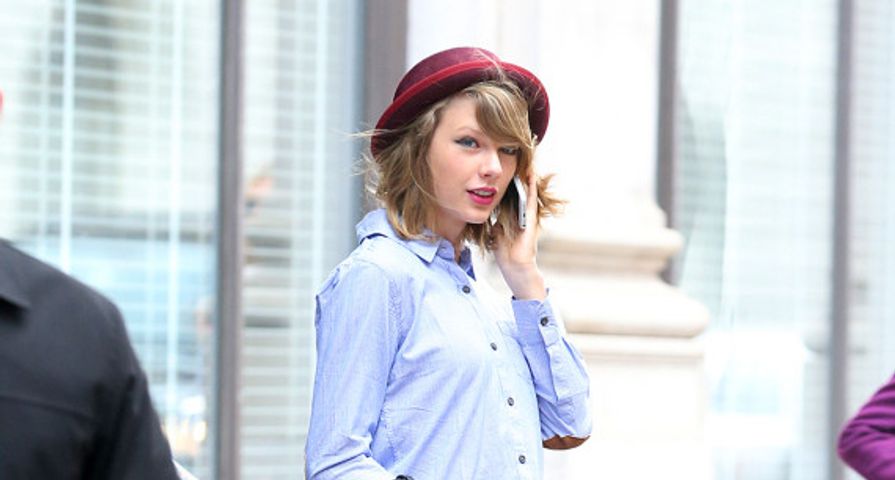 Leave it to Taylor Swift to make short shorts look nothing short of classy.

Swift donned a pair of scalloped shorts, a blue button-down shirt, burgundy knee-high socks and and Mary Jane heels while running errands in New York City on Wednesday, April 23. She topped her outfit off with a bowler hat, a structured bag and red lipstick for a prim and pretty ensemble.

The 24-year-old has been spotted out and about in the Big Apple just weeks after the New York Post reported she purchased a $20 million apartment in Tribeca.

This article originally appeared in The Huffington Post http://www.huffingtonpost.com/2014/04/24/taylor-swift-shorts_n_5204605.html