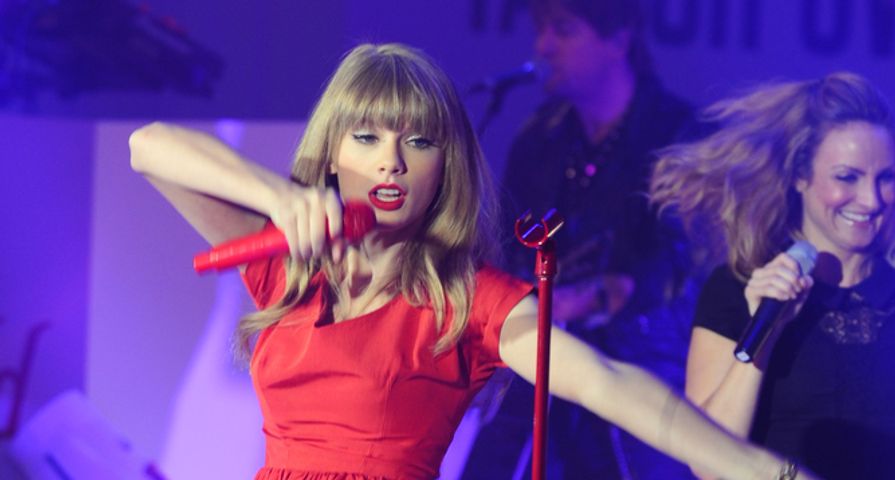 Taylor Swift sure knows how to “rock like a wagon wheel.” (Whatever that means?)

The 24-year-old, who is almost as famous for her award show dance moves as she is for her catchy tunes, brought her boogying skills to the ACM Awards in Las Vegas on Sunday, April 6, as she danced along to Darius Rucker and Lady Antebellum’s performance of “Wagon Wheel.”

Swift shook her groove thing in a crop top as she took in all the onstage action with her guest, brother Austin.

Here’s to many more sweet moves.