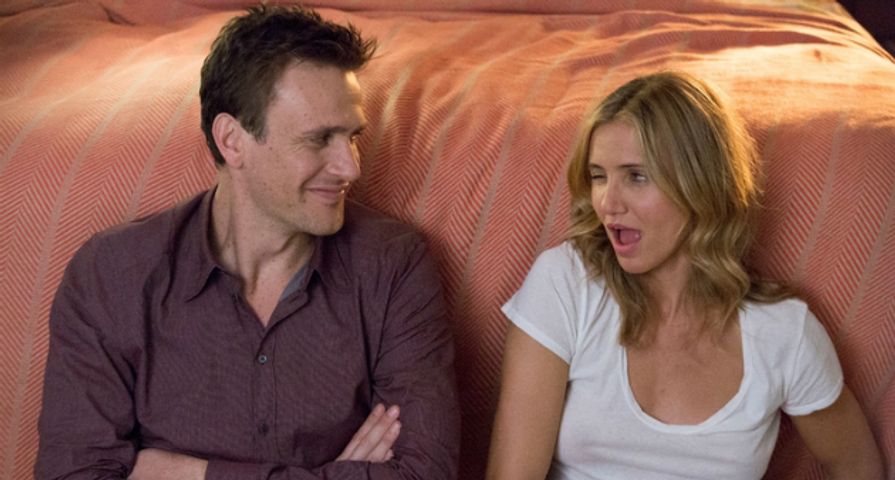 Cast Of Forgetting Sarah Marshall: How Much Are They Worth Now?
Sony/Columbia

(NEW YORK) — On a whim, married couple Jay (Jason Segel) and Annie (Cameron Diaz) try to spice up their formerly formidable sex life (“formidable” is probably an understatement) by making a sex video on Jay’s new iPad.  Annie somewhat graphically describes their sex life in the prologue, disguised as an entry on her popular mommy blog: two kids and a couple of terabytes worth of adult responsibility have made sex nearly impossible.  It’s been so long, they’ve nearly forgotten how to do it.  They can’t even kiss without banging their teeth.   It’s a somewhat adorable scene that’s at times hilarious, though at other times falls flat.

Even so, with the aid of some alcohol, Jay and Annie loosen up and decide to try every position in The Joy of Sex while the iPad records their three-hour sexcapade.  Annie has just one condition: delete the video in the morning.  So, what do you think Jay does?  Actually, I can tell you what he didn’t do: he didn’t delete the video.

Here’s the rub.  Jay is constantly upgrading, buying new iPads and when he does, he gives away the old ones as gifts.  He also uses his iPad to sync all of his digital devices — iPads, phones, computers, all of them.  In other words, whatever media he puts on his device, eventually winds up on all of those other platforms.  Ruh-roh.

Now Jay and Annie are faced with the task of getting back all of those synced devices before anyone sees the sex video.  The list of potential viewers includes Annie parents, the mailman, their best friends, and Hank (Rob Lowe), the head of the company that’s considering buying Annie’s mommy blog.

Nobody watches a sex tape for the plot, but this movie should’ve had a better one, and a smarter script. There are some head-scratching moments as Jay and Annie are presented as hip and intelligent, yet make decisions that completely contradict that.  In other words, if they were Harry and Lloyd from Dumb and Dumber, some of the gags would’ve been funnier.

Having said that, there’s plenty to work with in Sex Tape, thanks to Diaz and Segel, both of whom are both willing and able to, literally, let it all hang out.  There’s nothing either of these actors wouldn’t do for a laugh and we, the audience, benefit from their generosity and commitment.

Also Check Out: 7 Celeb Couples Who Broke Up But Still Had To Work Together!