Home » Entertainment » Celebrities » New Kids On The Block: How Much Are They Worth Now?

New Kids On The Block: How Much Are They Worth Now? 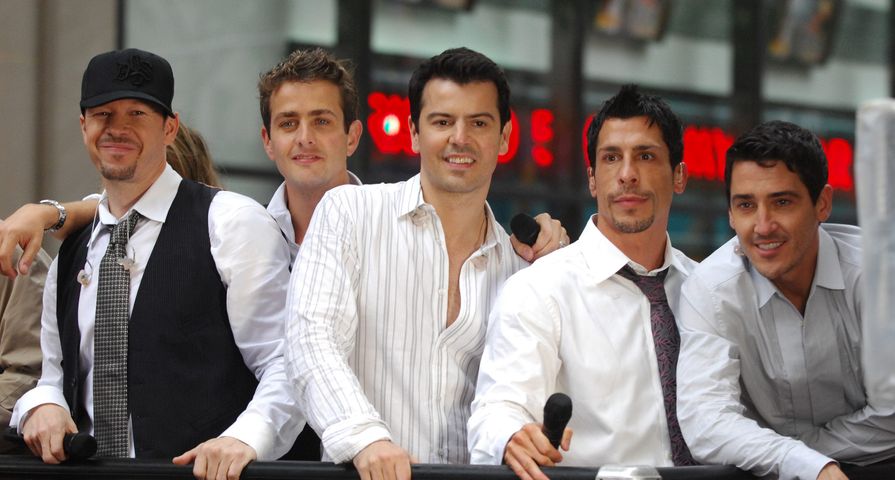 Before the Backstreet Boys and NSYNC, New Kids on the Block started the boy-band craze, enjoying major success in the late ’80s and early ’90s. Over the years, the group consisting of members Jordan Knight, Jonathan Knight, Joey  McIntyre, Donnie Wahlberg and Danny Wood have sold more than 80 million records worldwide. Although they disbanded in 1994, they made a comeback in 2007 with a new CD and in 2011-2012 embarked a tour with the Backstreet Boys. After so many years of music and money-making, check out how much the guys from New Kids on the Block are worth now!

Estimated Net Worth: $10 Million. Jonathan Knight made the majority of his money as one of the members of New Kids on the Block. Jonathan was the first to leave the band during their 1994 tour and, although the band tried to pass it off as an injury, weeks later they admitted they were splitting up. After his departure he admitted he struggled with panic attacks after joining the group and opted to stay out of the entertainment industry when they disbanded and instead became a real estate developer in Massachusetts. Even though he stayed out of the spotlight, he did participate in the reunion and has a net worth of $10 million.

Estimated Net Worth: $12 Million. Unlike Jonathan Knight, Danny Wood continued a career in music, embarking on a solo career, following the breakup of NKOTB. He ended up releasing several albums including D-Fuse: Room Full of Smoke and D-Wood: Room Full of Smoke Vol.2; however, they did not reach as much success as his boy band days. He also participated in the reunion of the group and has a nice comfortable net worth of $12 million.

Estimated Net Worth: $14 Million. Jordan Knight was only 13 years old when he joined New Kids on the Block with his older brother Jonathan. Jordan also went on to have a solo career and achieved success with his first single “Give It To You” in 1999 and has sold over 1.5 million records as a solo artist. He has also made TV appearances as a judge on the American Idol spin-off American Juniors and also appeared on The Surreal Life. All together, Jordan Knight has earned himself a very respectable net worth of $14 million.

Estimated Net Worth: $15 Million. Joey McIntyre was the youngest member of NKOTB, joining the group just before his 13th birthday. After the success with the band, he turned to songwriting while looking for a solo recording contract. After not getting a deal he recorded his own debut album and his first single landed in the top ten of the music charts. McIntyre made his film debut in The Fantastiks and had a succesful stage career, including appearances on Broadway, all of which have gained him a net worth of $15 million.

Estimated Net Worth: $20 Million. Donnie Wahlberg has had quite the career in both music and acting, resulting in a net worth of $20 million. When NKOTB began to fade, Donnie ended up co-writing and producing Marky Mark and the Funky Bunch’s debut album, led by his little brother Mark Wahlberg. He got his first acting role in 1996, and has been in many films, as well as TV shows including a lead role in Blue Bloods, as well as the reality series Wahlburgers and Donnie Loves Jenny.