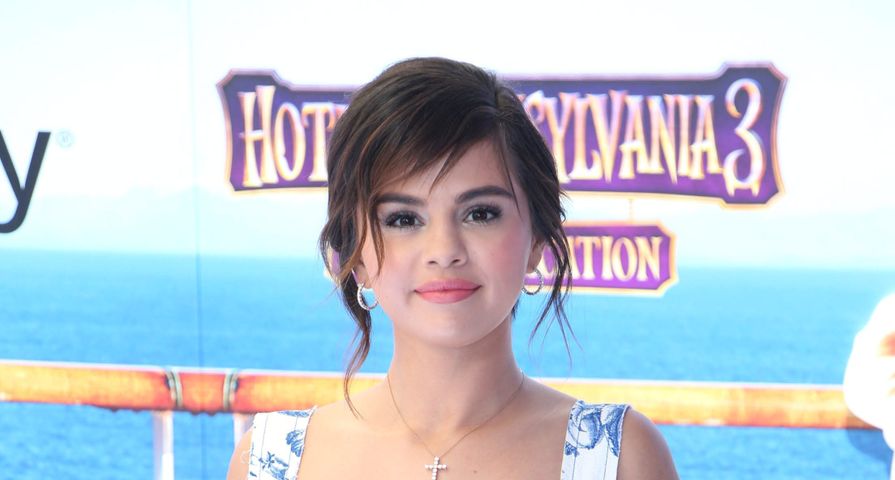 In Hollywood there is always a constant battle for stars to remain relevant and on-top of the industry especially because new stars are always threatening to steal the spotlight. As always, 2018 saw a lot of highs and a lot of lows for celebrities in every facet of the entertainment industry. While some may have suffered personal or professional blows, others simply fell off the radar, but with new albums and new roles, the upcoming new year looks to be a good one for these stars who are poised for a career comeback in 2019!

In the ’90s it seems like Denise Richards was everywhere as one of the hottest actresses in the business, and even though she has continued to act over the years, she has fallen somewhat off the radar. Most of the attention she was given switched from her career to her personal life with now ex-Charlie Sheen, but it seems she is going to turn things around in 2019! In August of this year the actress announced that she will be joining the cast of The Real Housewives of Beverly Hills as the newest star! “I am so excited to join the cast of The Real Housewives of Beverly Hills as I am a huge fan of the show,” Richards said about the new career move. “I am looking forward to spending time with all the ladies … and hopefully meeting Boy George!” There has been no set date for when season nine of RHOBH will premiere, but it will be in 2019.

Backstreet’s back, alright! Although the Backstreet Boys have been making appearances and releasing songs for just over a year now, it looks like 2019 is definitely going to be their biggest in a long time. In November, 2018 the boy band announced that they would be releasing their first studio album in six years with “DNA” which drops on January 25, 2019. They also announced that three months later they would be beginning their DNA World Tour beginning on May 11, 2019 in Lisbon, Portugal. While it can’t be ignored that the Backstreet Boys have done very well recently with their Las Vegas residency; a new album and a world tour mark a huge comeback especially as it will be their largest arena tour in 18 years! “Vegas has been amazing and these next set of dates are going to be a party,” Howie Dorough said in a statement. “Then it’s time for us to visit our fans all over the world.”

It is no secret that 2018 was an incredibly tough year for Demi Lovato, but it is only uphill from here! In June, 2018 the singer released the single “Sober” in which she revealed she had relapsed after six years of sobriety, then a month later in late July she suffered a near fatal overdose. After a lengthy stay in hospital, Lovato transferred to an in-patient intensive rehab center and has since been focusing on her health and sobriety. With 2018 spiralling out of her control, fans hope that 2019 sees the resurgence of Lovato as she focuses on herself, her health and her music once again.

Brad Pitt has been Hollywood’s golden boy for decades now, but the past few years have focused more on his struggles than his successes and it is time for that to change! In 2018, Pitt was definitely still making headlines but mostly for his contentious divorce and custody battle with ex Angelina Jolie, and his only role was a two second cameo in Deadpool 2. The coming year however proves to be big as the actor is starring alongside Leonardo DiCaprio in the highly anticipated Quentin Tarantino film Once Upon a Time in Hollywood centering around the time of Charles Manson’s horrendous murders in Hollywood. Pitt will be making an even bigger comeback however as he is also set to star in the 2019’s sci-fi film Ad Astra!

It seems like for years now fans have been being teased with a Veronica Mars reboot, but it looks like 2019 will be the year it finally happens! Although Kristen Bell has by no means fallen out of the spotlight, the comeback of Veronica Mars after 2014’s crowd-funded film is huge for anyone who has been a fan of the actress since her breakout role as the teen sleuth from 2004 to 2007. Bell has promised she will be balancing her time between filming the Veronica Mars reboot season and the new season of her current series The Good Place. In addition to reprising her role as Veronica Mars, Bell will also be an executive producer for the limited series which will air on Hulu. Needless to say 2019 is going to be a big and busy year for the star.

2018 has been a wild ride for Justin Bieber, but through his highs and lows in his personal life, not much has been heard from the pop star professionally recently. After his reconciliation with Selena Gomez came to an end with their split in March, Bieber moved on with model Hailey Baldwin and by July the pair were engaged and by September they were married. Still, 2019 will mark four years since the singer released an album and he is definitely in need of a career resurgence, or Bieber’s pop star reign might be over. There have already been rumors of new music and perhaps a tour coming for the star, so 2019 will hopefully bring the comeback that his career needs.

2018 brought Roseanne Barr perhaps the biggest rise and fall any star had seen in quite some time. In March 2018, Roseanne returned to TV with its tenth season nearly 20 years after the original series came to an end and it was met with incredible success! From a record-breaking premiere to becoming one of the top shows across network television, Roseanne Barr was flying high in the TV world once again and with a second season on the way, her success was set to continue. Of course, that all came crashing down when a racist tweet from the star caused for the Roseanne revival to be axed and Barr obliged to cut ties with the network and the show in order for the rest of the cast to move ahead with the spinoff The Conners. Since her incredible downfall, Barr has kept a relatively low profile aside from a few interviews here and there, but 2019 might see her come back to TV. Months after the abrupt cancellation of Roseanne, Barr revealed “I already have been offered so many things, and I almost accepted one really good offer to go back on TV.” With this in mind it won’t be surprising to see Roseanne on TV in a new capacity in 2019 for whatever network is willing to take on the controversy.

Since portraying Brooke Davis on One Tree Hill, Sophia Bush has been very selective and careful about choosing her roles. Following One Tree Hill her biggest role was on Chicago P.D. but she left the series after four seasons and has since focused on her activism and charity work. For 2019 however Bush has announced that she will be starring in a spy thriller drama called Surveillance airing on CBS. Bush’s new starring role in Surveillance is part of a major deal she signed with 20th Century Fox Television, giving Fox TV Group exclusive rights to her work.

After a few ups and downs in his career, Ben Affleck has struggled with a couple of difficult years lately. In 2016, Affleck gained another major role as Batman and reprised the role in 2017’s Justice League but then in 2017 the actor did not work at all. He stepped down as director and writer of The Batman, citing an unmanageable workload and withdrew from Netflix’s Triple Frontier, citing personal reasons. Then in 2018 his relationship with television producer Lindsay Shookus came to an end and from there it seems everything spiraled out of control. Amid Jennifer Garner trying to finalize her divorce from Affleck he began dating a 22-year-old model Shauna Sexton and before long he began drinking again. In late August it was confirmed that Affleck had returned to rehab and completed an intensive 40-day treatment. With the trials of 2018 now behind him, 2019 is bound to bring bigger and better things for the star and he already has three films set for a release next year!

4. Cast of The Hills

Amid all of the reboots and revivals that have been announced lately, fans were ecstatic when MTV confirmed at the 2018 MTV Music Video Awards that The Hills was officially being revived! 2019 will mark nine years since the series came to an end after six seasons which means it has been nearly a decade since the stars have been in the spotlight. While Kristin Cavallari and Lauren Conrad have gone on to their own individual successes, they will not be participating in the revival, but The Hills: New Beginnings will be bringing Audrina Patridge, Heidi and Spencer Pratt, Justin Bobby, Stephanie Pratt, Jason Wahler, Whitney Port, Brody Jenner and Frankie Delgado all back into the spotlight of reality television for 2019.

It has already been nearly two years since Ian Somerhalder was heating up the small screen as Damon Salvatore on The Vampire Diaries and fans miss him! Luckily, he is making a comeback in a big way in 2019 as the star of the new Netflix series V-Wars in the role of Dr. Luther Swann! The description for the new series reads: “After a mysterious disease begins transforming people into vampires, Dr. Luther Swann is pitted against his best friend, now a powerful vampire leader.” It is interesting that the actor chose to return right back into the world of vampires after a while away from the spotlight, but as long as he is back that is all that matters.

As The Hills makes its way back in 2019, it is not only bringing its original cast back along with it, but a former teen drama icon as well. There is no denying that Mischa Barton’s career plummeted after her run as Marissa Cooper on The O.C., but she is now setting her sights on reality TV in 2019 as it has been confirmed that she is joining the cast as a star of The Hills: New Beginnings marking a fresh TV start for the actress.

It has now been three years since Selena Gomez released her last studio album with Revival, and fans of the singer are desperate for 2019 to be her comeback year. 2018 started off rough for Gomez after she and Justin Bieber split again after a whirlwind reconciliation, and the singer then opened up about taking a break from social media because of all of the negativity. Then in October it was reported that Gomez was seeking treatment after suffering a panic attack and breakdown while already in the hospital while being treated for a low white blood cell count. “She has had a tough few weeks and the panic attack in the hospital was the tipping point,” a source said at the time. Earlier in 2018 Gomez confirmed her next album was done, but it was then postponed after her personal struggles, so now we can look ahead to 2019 for its release and Gomez’s comeback!