Home » Entertainment » Celebrities » Cast Of Coyote Ugly: How Much Are They Worth Now?

Cast Of Coyote Ugly: How Much Are They Worth Now? 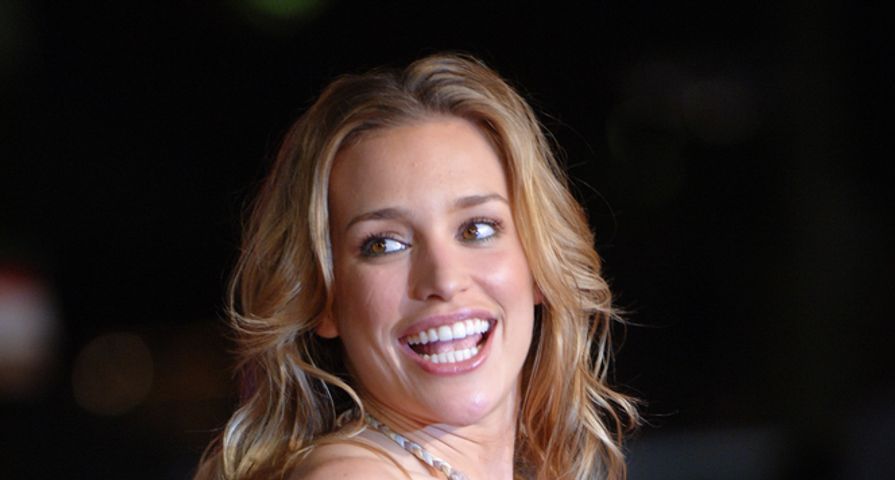 It’s been 18 years since the ladies of Coyote Ugly jumped up onto the bar and danced their way into theaters. Based on the real-life Coyote Ugly Saloon in New York, the movie was a fun peek into the life of a New Jersey girl who moves to the big city with singer-songwriter dreams and ends up making ends meet by working the bar and the beat at the famous bar. And if you thought they were able to bring in the bucks as dancing bartenders, just imagine what the actors were making by playing those dancing bartenders. The group hasn’t been idle in the past 18 years, so you’ll definitely want to check out how much the cast of Coyote Ugly is worth now.

Estimated Net Worth: $3 million. Fans of “Coyote Ugly” will remember Adam Garcia as Kevin, the movie’s love interest who swept the main character, Violet, off of her bar dancing feet. In real life, Adam is an Australian actor who also happens to be a tap-dancer. His fancy feet have led him to found an internationally acclaimed dance troupe known as “Tap Dogs” and he performed in the opening ceremony for the 2000 Sydney Olympic Games. After Coyote Ugly, Adam appeared in Confessions of a Teenage Drama Queen and was a judge on the Australian version of Dancing With The Stars. His work as an actor and dancer has netted him an estimated $3 million.

Estimated Net Worth: $65 million. John Goodman may not be winning any awards for his dance moves that we’re aware of, but he’s an award-winning actor that has established himself in Hollywood while building himself quite the personal fortune. Known for playing Dan Conner on the long-running show Roseanne, John Goodman has also appeared in a slew of Cohen Brothers movies including Raising Arizona, The Big Lebowski, O Brother, Where Art Thou?, and many more. He’s also voiced characters for movies like Monsters, Inc. and The Emperor’s New Groove. This is just a glimpse at his years and years-worth of work and that includes playing Coyote Ugly Violet’s Dad who worries about his daughter off in the big city. His lengthy resumé has resulted in an estimated net worth of a whopping $65 million.

Estimated Net Worth: $5 million. New Zealand born Melanie Lynskey played Violet’s hometown bestie in Coyote Ugly and represented the difference between where the main character was coming from and where she had ended up. New Jersey Gloria was only one of the many roles Melanie has tackled since starting her acting character at just 15 years old when she appeared in Peter Jackson’s cult classic Heavenly Creatures. You may have also spotter Lynskey in movies like Ever After, Sweet Home Alabama, and as Rose, the quirky neighbor on Two and a Half Men. So how much can this make a gal? Well, for Melanie Lynskey, it’s apparently brought her an estimated personal fortune of $5 million.

Estimated Net Worth: $25 million. Do you remember Natasha on Sex and the City? Ya know, the lady that Big was married to when he had the affair with Carrie? That was Bridget Moynahan and it was her big break in Hollywood. Having appeared in store catalogues and TV commercials previously, Bridget snagged a role on the popular show and set herself on the road to even bigger things. Those things being a role in Coyote Ugly as one of the hottie dancing bartenders, work in movies like Serendipity, The Sum of All Fears, The Recruit, I, Robot, and TV roles on Six Degrees and Blue Bloods. You may also recognize her from plenty of magazine pages in Vogue, Elle, and Glamour. Aaaaaaall of this work has resulted in a hefty bank account balance for Bridget estimated to be around $25 million.

Estimated Net Worth: $4 million. Growing up in Warsaw, Poland, Izabella Miko trained to be a ballerina at the National Ballet School even travelling to New York on a full scholarship to study at the School of American Ballet. But by 17, she was dealing with dream-ending injuries that had her heading back home. She fell into acting when a friend of her parents asked if she’d be up for a role in a TV movie and Izabella was set on her future path. She hopped on a plane back to New York, this time to try her hand at acting and attended the Lee Strasberg Theatre Institute before landing her first states-side role as Cammie in Coyote Ugly. Since then she’s appeared as the doll-faced beauty in the video for The Killers’ “Mr. Brightside” and in the Clash of the Titans. So how much does that mean she’s worth? Well, my friend, a nice $4 million.

Estimated Net Worth: $8 million. Maria Bello played the ballsy owner of Coyote Ugly and as Lil corralled the group of dancing bartending ladies. Maria began her acting career while pursuing her law degree when she began working Off-Broadway. It didn’t take her long to make the move to TV and after a list of smaller roles and shorter stints, she nabbed the role on ER as Dr. Anna Del Amico as well as appearing on the big screen in movies like A History of Violence and The Mummy: Tomb of the Dragon Emperor. Maria Bello has worked her way up to a current salary of an impressive $125 thousand per episode when appearing on television and has built an estimated personal worth of $8 million.

Estimated Net Worth: $90 million. You may not be shocked that Tyra Banks is worth hella money, but you may be surprised at just how much she’s actually worth. But first, in case you’re not aware, Tyra Banks started her career as a model while still in high school and worked her way to becoming one of the top American models of her time. She’s also taken on different acting roles throughout the years, like appearing as bar-dancing Zoe in Coyote Ugly, but it is of course, her masterminding of America’s Next Top Model that shot Tyra Banks to the top ranks of Hollywood’s A-list. One of four African Americans and seven women to have repeatedly ranked among the world’s most influential people by “Time” magazine,” her audience-appeal and business-savviness had resulted in an estimated personal fortune of a whopping $90 million.

Estimated Net Worth: $10 million. “Coyote Ugly” centered itself around singer-songwriter Violet Sandford, who was determined to make it in New York City. Played by Piper Perabo, it was the role that helped the young actress get noticed. She moved on to roles in other productions like 2003’s Cheaper by the Dozen where she played the eldest of the many siblings. Piper then landed herself the lead role on Covert Affairs which resulted in a nomination for the 2010 Golden Globe Award for Best Actress – Television Series Drama and earns Piper a wild $75 thousand per episode. Bartending at Coyote Ugly may have brought in a few hundred dollars a night, but acting has helped Piper Perabo build a personal fortune estimated at $10 million.