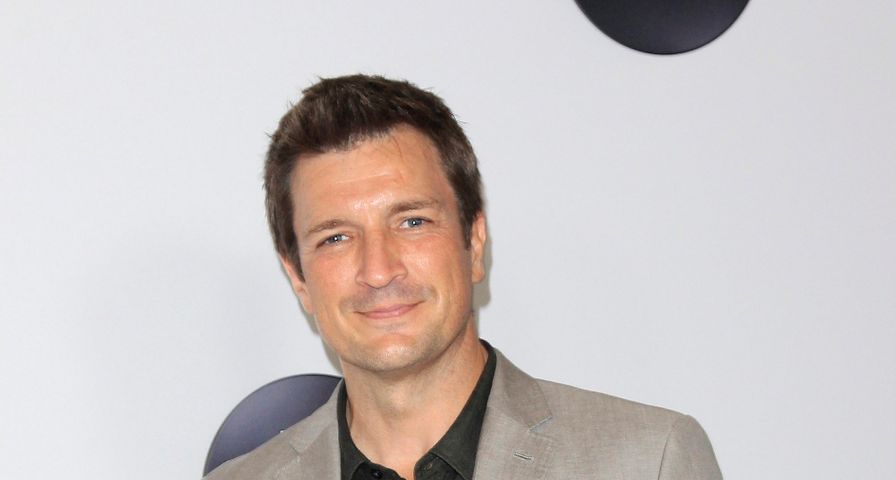 This past year was pretty big in Hollywood and it certainly had a lot of ups and downs for celebrities throughout the entire industry. From album releases to major roles, quite a few stars saw a resurgence into the spotlight and fans were happier than ever to see them make their return. Some of these stars took short breaks while others were battling personal struggles before making their way back, but either way these were the biggest celebrity comebacks of 2018!

John Krasinski has been a popular star ever since his days as Jim Halpert through all nine seasons of The Office, but that show came to an end back in 2013. In the years since, Krasinski has continued to act, but in nothing nearly as big, and only had two roles in 2017 one of which was a voice acting role. Things changed in 2018 however with the release of A Quiet Place in early April. The film quickly became one of the biggest and most talked about films of the year and Krasinski not only starred in the film but also directed it! Ever since its release it has been the year of Krasinski with Oscars buzz surrounding not only the film but also both Krasinski and his real-life wife Emily Blunt who co-starred in the movie. 2018 was without a doubt John Krasinski’s biggest year since 2013 and it only kept going for the star with his title role in the Amazon series Tom Clancy’s Jack Ryan.

March of 2018 brought one of the biggest TV cast comebacks of all time when Roseanne returned with its original cast for a tenth season revival 20 years after season nine came to an end. The season premiere was watched by 27.3 million viewers and had a 5.2 rating in the 18–49 demographic. It was also the highest rated Tuesday entertainment telecast in six years among adults 18–49, and television’s highest rated comedy telecast on any night in 3.5 years. With such an incredible response for the return of Roseanne Barr, John Goodman, Laurie Metcalf, Sara Gilbert, Lecy Goranson, and Michael Fishman as the Conner family, ABC was quick to renew the revival for an 11th season and fans couldn’t be happier that the series was there to stay. Unfortunately the comeback was short-lived as Roseanne Barr’s racist tweet scandal caused the show’s cancellation only a few short months later in May.

Back in the mid to late 2000s, Kristin Cavallari was one of the most talked about reality stars thanks to her part in MTV’s Laguna Beach and its spinoff The Hills. Since The Hills came to an end in 2010 Cavallari’s time in the spotlight has mostly been because of her personal life with former NFL quarterback Jay Cutler, but in 2018 Cavallari made a big return to reality TV. In the summer, Cavallari’s brand new reality series Very Cavallari premiered on E! and focused on Cavallari’s launch of her flagship store for her brand Uncommon James. The series was an instant hit and Kristin Cavallari was in the spotlight all over again, and with the immediate renewal of Very Cavallari for a second season, it seems her comeback is set to continue.

Ever since Sandra Oh left Grey’s Anatomy fans have been waiting for her next big role, and in 2018 it finally happened. Sandra Oh signed on as one of the leads in the BBC America series Killing Eve which has been touted as one of the best new shows of the year. Oh’s portrayal of Eve Polastri has only received praise from critics and audiences alike and also led her to making history as the first Asian actor to receive an Emmy nomination in the best lead actress category ever.

The Most Disappointing Fashion Moments Of 2018

It doesn’t seem to matter how many years go by since One Tree Hill came to an end, fans still can’t get enough of the show and its stars. As many of the stars have gone their separate directions in their lives and careers, what fans really want is a reunion, and they got one of sorts thanks to Lifetime. The network cast four former One Tree Hill stars — Hilarie Burton, Danneel Ackles, Robert Buckley and Antwon Tanner — for the TV Christmas film The Christmas Contract. Along with the film the network set up a One Tree Hill Christmas reunion special which also included stars like Stephen Colletti, Tyler Hilton, Paul Johansson and more. In addition to all the buzz about The Christmas Contract and its One Tree Hill stars, former One Tree Hill star Chad Michael Murray also starred in a Hallmark Christmas film with The Road to Christmas.

To be fair, Michael B. Jordan never went away but 2018 was undoubtedly his biggest year yet. After starring in both Friday Night Lights and Parenthood until 2011, Jordan fell somewhat off the radar but then 2015 brought him two different roles. He was celebrated for his starring role as Adonis Creed in the first Creed film which continued the iconic Rocky film franchise, but his second big budget film in 2015 The Fantastic Four was widely criticized. Jordan then didn’t appear in anything in 2016 and 2017, but it seems he was just preparing for what 2018 would bring. Jordan’s portrayal of the villain Erik Kilmonger in Marvel’s Black Panther has been praised as one of the best performances in the Marvel movie franchise while the film itself broke many records. Later in the year success just kept on coming when he reprised his role as Adonis Creed in the highly anticipated Creed II alongside Sylvester Stallone as Rocky Balboa. When not promoting either of his huge films, Jordan has been on the cover of many magazines and is now one of the most in demand and buzzed about stars in the industry after an incredible year.

Some stars make a comeback from a lull in their career, or even from a scandal, but for Avril Lavigne her career comeback in 2018 was from a very intense and serious illness. In September 2018, the Canadian songstress released her first track in five years with “Head Above Water” after battling Lyme Disease. The singer had been recovering from the disease while also trying to raise awareness for it over the past few years, but had regained her health enough to create new music and release her single. In the later months of the year she was even able to perform the single including during the finale of season 27 of Dancing With the Stars and also on Jimmy Kimmel Live! While 2018 definitely marked Lavigne’s comeback, 2019 will only solidify it as her new album featuring “Head Above Water” is set to be released.

Chris Carmack initially got his breakout role in 2003 on The O.C. as Luke Ward and while he continued to act after leaving the show in 2004, he didn’t reach mainstream success again until joining the cast of Nashville in 2013. With Nashville coming to an end however, Carmack made his way in front of millions again as one one of the new stars of season 15 of Grey’s Anatomy in the fall of 2018. Joining the television juggernaut as Dr. Atticus Lincoln was a huge bolster to Carmack’s career and popularity, making 2018 one of his biggest years yet.

When it comes to long lost stars, Seann William Scott was topping the list in Hollywood recently. The actor who had enjoyed mega success with many film roles in the ’90s to mid 2000s had fallen so far off the radar in the past few years that outlets were beginning to post articles as to why Hollywood wouldn’t cast him anymore, but then in 2018 he signed on to his biggest role in six years. After the controversial firing of Clayne Crawford as Martin Riggs on the popular Fox series Lethal Weapon, Seann William Scott signed on to the show as Wesley Cole, a new partner for Damon Wayans’ Roger Murtaugh. Prior to the role, the actor’s last time on TV was back in 2013 when he made a cameo in the It’s Always Sunny in Philadelphia season nine episode “Mac Day.” While the fate of Lethal Weapon past season three is still up in the air, there is no doubt that it marked a major comeback for Seann William Scott.

Among 2018’s many reboots and revivals, the return of MTV’s Jersey Shore was surprisingly one of the most anticipated. In April, Pauly D, Snooki, Mike “The Situation” Sorrentino, Ronnie, JWoww, Vinnie and Deena all returned to TV six years after the original series came to an end. Their comeback was incredibly successful and MTV preemptively ordered a second season before the first season had even premiered. Once again viewers tuned into the lives and antics of the “guidos” and “guidettes,” and once again they were in the headlines and on the red carpet.

After years out of the spotlight, fans of hip hop king Eminem had been anticipating his return for quite some time and in 2018 it finally happened. While the rapper released “Revival” in 2017, it was his 2018 album “Kamikaze” that got the most buzz because of Eminem’s highly publicized feud with Machine Gun Kelly. As part of the feud, Eminem’s release of his single “Killshot” became his highest charting single since 2013 and was also the biggest hip-hop debut in YouTube history.

No matter what role Nathan Fillion has taken on over his career, fans have always loved him, and when his popular TV show Castle came to an end in 2016, audiences were devastated. For two years Fillion’s fans waited patiently for the actor to return to TV as a leading man after several guest appearances, and it finally happened in the fall of 2018 with his brand new ABC series The Rookie. As to be expected, Fillion’s comeback with the series was a huge hit with fans and although ratings were lower than expected, those who have watched The Rookie have loved it, and it seems likely the series will be renewed for a second season.