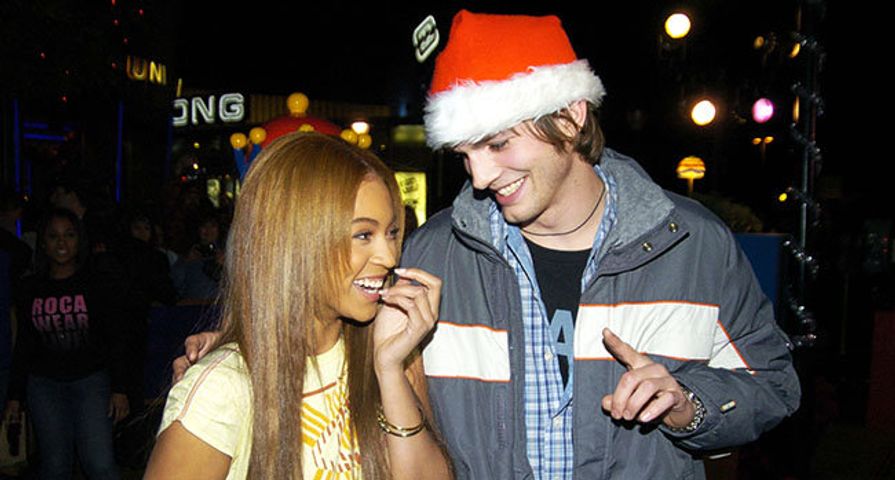 Bloopers. Jokes. Outtakes. Pranks. They’re the best kind of humor, aren’t they? Everything is unexpected, even if something is following a loose script. That’s the way it was for Punk’d. Punk’d still may be Ashton Kutcher’s crowning achievement in the world of entertainment. Yeah, we had to endure a caricature of Ashton as the host of the show, and that was akin to his That ’70s Show character Michael Kelso on crack, but you can’t deny Ashton’s charm…or his pranks. Here are the six best.

What better way to start this list than to remember Ashton picking on one of his close friends, Wilmer Valerrama. Wilmer has a reputation for being a sweetheart in the business, so when Ashton turned the Punk’d gods of misfortune on his buddy, it gave quite comedic results. Unlike many of the celebrities who were duped into their own surreality, Wilmer remained relatively calm…and confused. To set the stage: Ashton had some custom car guys duplicate Wilmer’s Cadillac Escalade so he could trash Wilmer’s baby. This punk was short, sweet and to the point. The story went like this: the guy who trashed the ride, thought that the car was Ashton’s and that Ashton was sleeping with his girl–the whole act is incredible. 100 percent sell-out for the story. At some point Wilmer tells the guy it’s his car, and the guy suggests Wilmer has been messing with his lady, too.

Here’s an offering from the first season–which was hands down, the best season–featuring a former lady love of Wilmer Valderrama, Mandy Moore. Is there a sweeter disposition in all of Hollywood than that of Mandy Moore? Ashton Kutcher took full advantage of Mandy’s social refinement, and patience by making her a villain. In this particular epsiode, Mandy was asked to help co-host a home improvement reality show, “Crib Crashers,” led by real designer, Todd Oldham. Instead of making vast improvements to a home that serves as a diamond in the rough, Mandy is asked to help turn a mobile home into more livable quarters. The owner of the mobile home? A very redneck’d Dax Shepard. Things are swell until a crane transporting an I-Beam is dropped on top of the trailer, and Mandy is blamed for the mishap. Kudos to Ashton for catching more unscripted moments of disbelief.

This was a most excellent two-for-one. When Nick Carter reached out to Ashton Kutcher, and asked for the gang to punk Tommy Lee, Ashton responded by saying, “Yeah, sure.” And eventually, they did punk Tommy Lee. But… before Ashton allowed Nick to be in on the punking, he had to punk Nick first. Ashton set up some “rehearsal” for the Tommy Lee punk. During the rehearsal, he staged a car accident involving a pedestrian while Nick was driving… Nick didn’t realize this was the idea for the actual punk of Tommy Lee, so they got Nick with it first. Ultimately, both punks were supreme, because they involved two very different reactions to a potentially tragic circumstance. Nick Carter, who goes from hard to soft, and Tommy Lee, who basically goes into full-on Motley Crue mode and even suggests he feels like he’s in a weird Fellini movie!?

In one of the more believable punks, Ashton Kutcher recruited the younger brother of Usher, James Raymond, into the fold to help punk his big bro. The scene revolved around a relatively calm, yet stressed Usher Raymond, who was called into a clothing and accessories store in Los Angeles only to be told that his brother was guilty of shop-lifting. Somehow he believed the set-up of the store being closed down after the incident so store management could contact James’ guardian. Usher, being the cool big bro that he is, showed up and assumed custody of his brother, only to be informed that his brother had stolen over $500 worth of merchandise from the store. The interaction between Usher and store management, played by B.J. Novak, is awesome. Eventually, the manager urges Usher to record a song for the store, and the charges will be dropped. Usher declines.

This takes Punk’d back to the very, very beginning. Who else to punk on the first episode of the show, but Justin Timberlake? Has anyone ever been so punkable? At the time, Justin was just venturing into his solo career, and was still very much known as the front man of ‘N Sync. Ashton did everything in his power to go huge for the debut of Punk’d, and it was a doozy. The cast and crew set Justin up to believe that he somehow owed over $900,000 in back taxes. Justin couldn’t imagine how this was plausible, but the “IRS field agents,” led by Dax Shepard were so convincing, Justin was left with nothing to do other than be pushed to the point of tears, and… call his mom. And Justin’s hair? With the part shaved into his crop-top. Pure gold. This episode could easily sit at #1.

This one was a little painful to watch. It went from funny to empathetic and awkward. Still, it is one of the most memorable, and well executed punks of one of the world’s biggest, brightest, shining stars! Beyonce–before Sash Fierce, when she was still sweet, and somewhat unassuming–was invited to a star-placing, tree-lighting ceremony for a group of underprivileged children, where she would serve as the guest of honor and then help to light the tree. The punking was put into play by a few wonderful field agents and actors, one of whom was the perfect, passive-aggressive event coordinator that said all the perfectly wrong things. Beyonce rolled with it, chatted with the kids, seemed confused about the whole ordeal, but eventually took her place to place the Christmas star. Of course…the tree fell over, crushing everything, essentially ruining Christmas for the kids…or so they said.