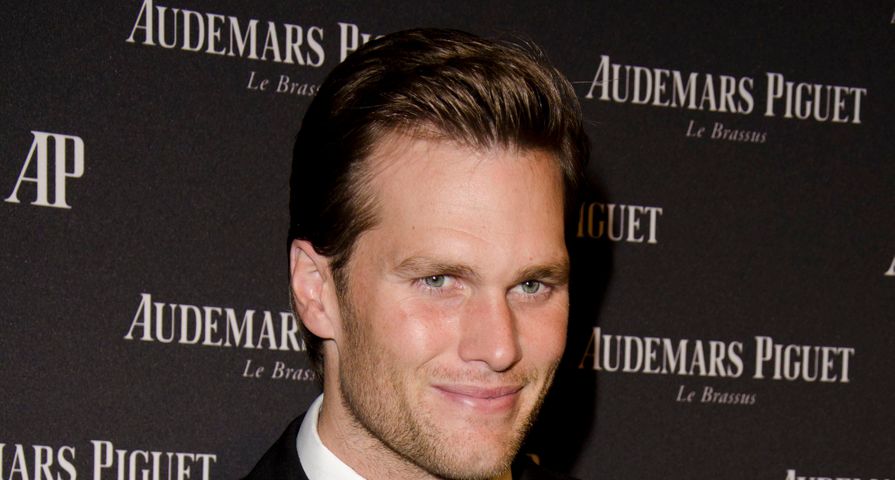 Donald Trump as a candidate for President of the United States is a scary thought for many people, given his negative views on important topics such as immigration and women’s issues. While he has mostly been known as a controversial businessman turned TV personality, he is taking his controversy to the political polls as a Republican candidate. Many celebrities have already come forward slamming Trump and some even disavowing their Republican affiliation, but there are others that have no problem vocalizing their support. Given his politically incorrect ways, it may not be the smartest move to admit you’re supporting Donald Trump, let alone if you’re a celebrity, where these things will blow up in the media. Regardless, these 7 celebrities have come forward with their support and it is rather surprising!

This one isn’t too shocking considering former NBA star Dennis Rodman’s affiliations with other controversial political figures, most notably his friendship with North Korea’s Kim Jon-un. However, he was one of the first to go public with his support taking to his Twitter on July 24, 2015 to write his praise for Donald Trump. “@realDonaldTrump has been a great friend for many years. We don’t need another politician, we need a businessman like Mr. Trump! Trump 2016.” Trump responded thanking Rodman and adding, “#MakeAmericaGreatAgain!”

Jesse Ventura who is best known as a former wrestler and actor also turned his career political when he became the Governor of Minnesota in 1998, and shocked his own staff when he also gave support to Trump. As an Independent, it is surprising he would vocalize praise for Trump. “I shocked my staff today,” he said in August. “I said, ‘You know what? As far as the Republicans are concerned, I hope Trump wins on the Republican side.'” He then clarified that, as neither a Republican or Democrat, he’s “like somebody else to win overall,” but then got into a discussion about Trump considering him for Vice President.

After making headlines once again for feuds with his ex-wives, slamming Chuck Lorre again and calling off his engagement and wedding to his former fiancee, Sheen dropped off the radar for a bit…until he wrote another famous Twitter “poem” supporting Trump. Sheen’s support is very surprising considering in mid-July he wrote another tweet in which he called Trump “a shame pile of idiocy;” however after Owen Wilson called Sheen the Donald Trump of the celebrity world, Sheen took it as a compliment and backed Trump instead. In late August he wrote, “dear O. Wilson they took ur comment out of context! I’m honored! thank u! If Trump will hv me I’d be his VP in a heartbeat! #TrumpSheen16.” Great, that’s definitely not a winning combination.

’70s rock star Ted Nugent has always been outspoken and did not hold back when trumping up Trump for President in a radio interview in mid-August. “I’m a big fan of Donald Trump because I believe in bold, aggressive, unapologetic truth — period,” he proudly announced. He continues to support Trump through many interviews, going on to say: “his campaign is just what the working-hard, playing-hard American families have been waiting for.” When asked if he thinks Trump would make a good President, he replied, “Yes! He would kick a-s and take names, and that’s what America needs right now.”

Dallas Maverick’s owner Mark Cuban, who is regarded as one of the smartest businessman as well as one of the best owners in all of sports let alone the NBA, raised eyebrows with his very positive remarks about Trump. “[He is] probably the best thing to happen to politics in a long, long time.” He continued with, “I don’t care what his actual positions are. I don’t care if he says the wrong thing. He says what’s on his mind. He gives honest answers rather than prepared answers. This is more important that anything any candidate has done in years.”

The former Real Housewives of Beverly Hills star who also appeared on Celebrity Apprentice is another celeb who finds Trump’s no nonsense way of sharing his thoughts refreshing. “I’m normally a Democrat. But I say go for it. I kinda like that he’s balls to the wall and says whatever the heck he wants. Some of the things that come out of his mouth are like, ‘Oh my god, did you say that?’ But it’s refreshing that he’s not afraid to say, ‘This person is not a 10.’ I feel that people are so overly sensitive right now, it’s nice to have someone who is so unapologetic.”

After the huge ‘Deflategate’ scandal that boiled around New England Patriots quarterback Tom Brady in the off-season finally came to a simmer with his suspension being overturned, it was very shocking when Brady stirred up more controversy for himself by endorsing Donald Trump. When asked if he thought Trump has what it takes to become President, Brad responded, “I hope so. That would be great. There would be a putting green on the White House lawn. I’m sure of that.” In another interview, Brady expanded on his relationship with Trump: “He always gives me a call and different types of motivational speeches at different times. Now that he’s running for president, he sent Robert Kraft a hat and it found its way to my locker.”