7 Pop Stars Who Tried To Go Solo And Failed 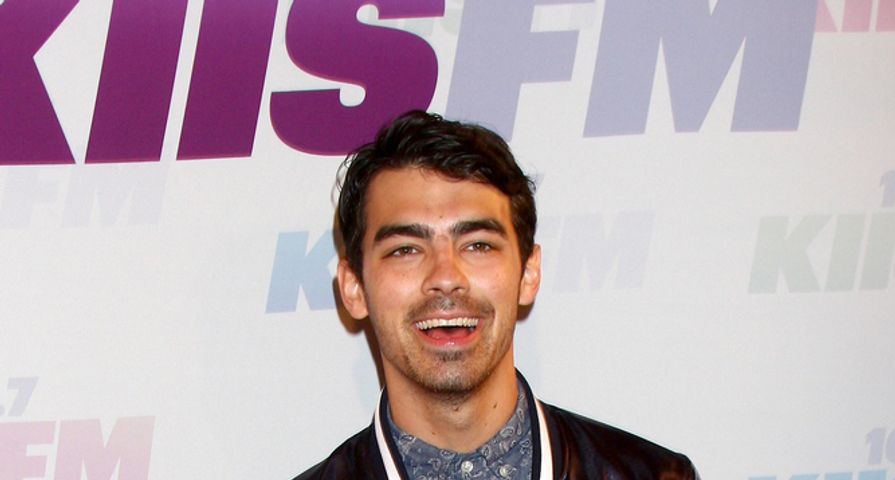 Some pop groups who have had a tremendous amount of success have only been so successful because they work well together. When they break up, there are always one or two members who try to make it on their own; many of them end up failing. We have collected a list of 7 pop stars who were fantastic when they were part of a group, but who failed to make careers for themselves as solo artists. Some of them may have had some success; however, they were better off with the pop group that made them famous in the first place.

Nick Lachey only became a household name when he joined his wife-at-the-time Jessica Simpson on the reality TV show, “Newlyweds: Nick & Jessica.” Before then, he was known for being a member of the all boy group 98 Degrees. After they took a hiatus in 2000, he tried to launch his own solo career with his album SoulO. It ended up being a commercial failure.

When Lachey and Simpson broke up at the end of 2005, he took another stab at a solo career. In May of 2006, he released his second album What’s Left of Me. It debuted at No. 2 on the Billboard charts. The first single from the album, “What’s Left of Me,” is his most successful single to date. It doesn’t look like we will be seeing anymore solo stuff from him though. In 2010, it was announced that Jive Records had put his new album on hold indefinitely and, later that year, he announced that they had parted ways.

When ‘N Sync broke up, J.C. Chasez followed Justin Timberlake’s lead and released his own solo album, Schizophrenic. The album was met with mixed reviews. While some liked his new sound, others felt it to be a “tad misguided.” When he parted ways with Jive Records back in 2007, his second album The Story of Kate was shelved; however, two singles from the album, “Until Yesterday” and “You Ruined Me,” were released.

According to Justin Timberlake, Chasez had the strongest voice out of all of the members of ‘N Sync. “In my opinion, he had the best voice out of all of us … Out of all the boy bands, call ‘em what you will, he was the one that could out-sing all of us. And I’ve known him since I was 10, so it was fun to sit behind the board and push him,” he said. It sounds like Chasez was probably missing the charisma that Timberlake has.

A.J. McLean – who belonged to the Backstreet Boys – made a go at a solo career as well. When the Backstreet Boys disbanded, he performed for years as his alter ego, Johnny No Name; however, in 2010, he released his first and only solo album to date, Have It All. It has reportedly only been released in Japan. In 2012, he said that he was working on a second solo album.

We’re not sure if his album will ever see the light of day. It sounds like McLean already has a lot on his plate. For a large part of his adult life, he has struggled with drug and alcohol problems. A couple of years ago, after his first child was born, he fell off the wagon again. He had been sober for a month and then decided to go out and have several drinks when he was feeling rather low. Hopefully he’s found useful techniques to help him stay on the straight and narrow.

When Nicole Scherzinger was the front woman for the group the Pussycat Dolls, she seemed destined to have her own successful solo career. When the group disbanded, however, things didn’t quite go her way. While her pop recording of “Jai Ho” ended up being a huge success, reaching No. 1 in 17 countries, her debut solo album Killer Love was not a major success on the American pop charts.

Killer Love might have had a better shot at making it on the U.S. charts if Scherzinger had struck when the iron was hot. By the time she had released her solo album, two years had passed since the Pussycat Dolls had broken up and she had gone solo. The only good thing to come out of all this was new career opportunities. Scherzinger was hired to co-host the first season of the American version of “The X-Factor” and she landed a role in the movie “Men in Black 3.”

Since the New Kids on the Block broke up, Joey McIntire has had a tough time trying to make it as a solo artist. In the mid ‘90s, he was unable to find his own recording contract, so he used his own money to record his first solo album, Stay the Same. He sold it on his website and took his single, which had the same name as the album, to local Boston DJs to get it national airplay. This approach ended up working for him. The single ended up peaking at #10 on the Billboard charts and, in 1999, he signed a recording contract with Sony Music.

McIntyre’s second album Meet Joe Mac failed to chart. He has recorded five albums in total. As a solo artist, he has enjoyed moderate success; however, he was way more successful when he was a member of the all group New Kids on the Block.

Nadine Coyle belonged to the all girls group Girls Aloud. While they were on a hiatus in 2009, she tried to follow in the footsteps of fellow member Cheryl Cole by launching a career for herself as a solo artist. The album, Insatiable, left a lot to be desired. Critics were either pretty mixed about it or gave it negative reviews. The Scotsman was one that clearly didn’t like it. The reviewer called the album “homogenised pop pap from a variety of proven popular suppliers, none of whom enhance their slender reputations.”

Some were shocked that Coyle’s first solo effort flopped. She is considered to be a much stronger singer than Cole; however, she doesn’t seem to have whatever else it takes to make it on her own. Even though her first album failed to sell and did not resonate with critics, Coyle is reportedly back in the studio recording a second solo album.

Joe Jonas experienced a great deal of success when has a member of the Jonas Brothers. When they broke up a few years ago, Joe decided to try and make it on his own. His debut album Fastlife was released in 2011 and was met with mixed to positive reviews. Mesfin Fekadu of the Boston Globe wasn’t really into it. “Fastlife” is lifeless. Vocally, the 22-year-old Jonas is boring: He lacks energy when he sings, and even he doesn’t seem interested in what he’s singing about,” he wrote.

To make matters worse, it only stayed for two weeks on the Billboard 200 and was met with shockingly low sales. It only shifted 25,000 copies in total. Considering what a fan base the Jonas Brothers had as a group, it was shocking to see how few of them rallied around Joe. It looks like his brother Nick will be the next one to try the solo thing. Something tells us this won’t go well!