7 Pop Stars Who Successfully Ditched Their Groups To Go Solo 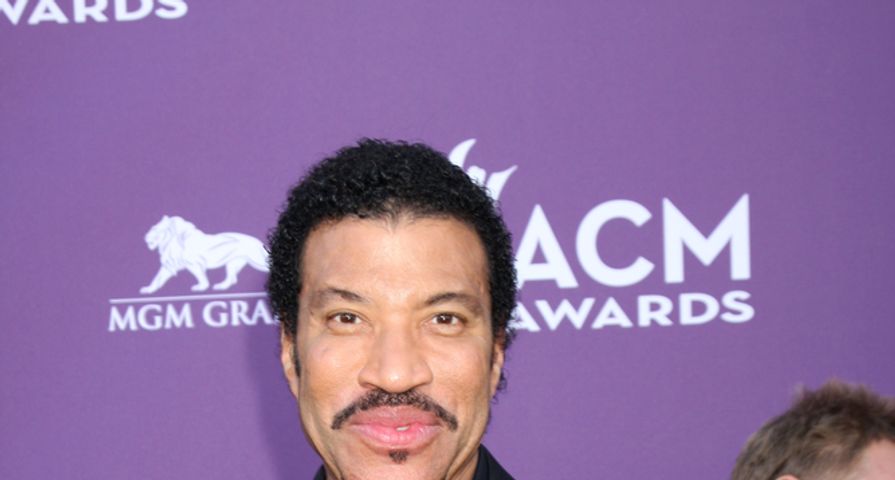 There are some pop stars who have just always stood out – even when they belonged to chart-topping groups. These singers seemed rather special in comparison to their group members. They usually had stronger singing voices, were better dancers or just had a rather powerful stage presence. Whatever the case, we noticed them more than the people they performed with. Because of this, many of them embarked on solo careers. Many artists who try this usually fail, but these 7 stars did anything but. They were meant to be solo artists and take all of the attention for themselves. Here is Fame10’s list for pop stars who successfully ditched their groups and went solo!

Lauryn Hill first rose to fame when she was a member of the hip hop group the Fugees. They released two albums together, Blunted on Reality and The Score during the mid ‘90s. Their first album received mixed reviews; however, the second one was a huge hit. It sold 17 million copies, making them the highest selling rap group of all time. Hill really stood it with her bold, but soulful voice. When the Fugees broke up in 1997 to pursue other projects, she became an even bigger star thanks to her hit solo Album The Miseducation of Lauryn Hill.

The album received massive critical acclaim, sold more than 12 million copies and earned Hill five Grammys. She was suddenly a huge star. Unfortunately she couldn’t handle the pressures of fame. She took an extended hiatus after the success of The Miseducation of Lauryn Hill and has since only returned to the spotlight sporadically.

Robbie Williams got his start in the ‘90s all boy group Take That. Together they experienced a great deal of success. They earned six No. 1 singles and three No. 1 albums. Despite the group’s success, however, Williams struggled with management over its restrictive rules for the group. It didn’t take long for him to become completely disenchanted with the group’s squeaky-clean image, so he began drinking more and dabbling in cocaine. He left the group in 1995, and launched his own solo career.

Williams first solo album Life Thru a Lens received lukewarm reception from critics; however, his single “Angels” sold more than 800,000 copies and was in the top 10 for over three months. His subsequent albums have also been successful. As a solo artist, he has sold more than 77 million record albums worldwide and he is the best-selling British solo artist in the United Kingdom, as well as the best selling non-Latino artist in Latin America.

Fergie belonged to a couple of different groups. First she was a member of the all girl group Wild Orchard and then she joined the emerging hip hop group The Black Eyed Peas. Her first album with the group, Elephunk, was a huge hit. It was commercially successful and they won the Grammy Award for best rap performance by a duo or group for their song “Let’s Get It Started.” Their follow up album, Monkey Business, did even better. It topped the rap, R&B and hip-hop charts and reached No. 2 on the Billboard 200. They won two Grammys for that album as well. One for best rap performance for “Don’t Phunk With My Heart” and the other for best pop performance for “My Humps.”

In 2006, Fergie released her first solo album, The Duchess. She had a number of hits on the album, including “London Bridge,” “Glamorous” and “Big Girls Don’t Cry.” Although she still continues to record and perform with The Black Eyed Peas, she has also continued to pursue a solo career.

Justin Timberlake’s big break came when he was part of the all boy pop group, NSYNC. They sold millions of albums, performed at the Super Bowl and the Olympic Games, and recorded with other big stars like Aerosmith, Elton John, Michael Jackson and Britney Spears. While all the guys in the group were talented, Timberlake stood out. He proved just how much he stood out when the group went on a hiatus in the spring of 2002. He embarked on a solo career that totally eclipsed the success he had with NSYNC.

In 2003, Timberlake released his first solo album Justified. It sold more than 7 million copies worldwide and he received two Grammy Awards in 2004 for Best Pop Vocal Album and Best Male Pop Vocal Performance. In 2006, he released his second solo effort, FutureSex/LoveSounds, which debuted at No. 1 on the Billboard Charts. He’s has had an incredibly successful run as a solo artist; however, these days he is focusing more on his acting career.

Beyonce was always the star of Destiny’s Child. She had the strongest pipes, prettiest face and her father was the one who managed the group and her mom was their stylist. While the group was quite successful, Beyonce managed to outgrow them in a matter of years. She first began exploring film roles and then launched her own solo career in 2003. Her first album, Dangerously in Love, was a commercial and critical success. She released another album with Destiny’s Child the following year; however, in 2005, they officially broke up.

These days, Beyonce is more known for her solo efforts than for any of the work she did while she was with Destiny’s Child. She has released five solo albums since she first began pursuing a solo career and all of them have won Grammy Awards. She is easily one of the most famous female singers of her generation.

Michael Jackson began his career as a member of the Jackson Brothers, a band formed by his father that included his brothers Jackie, Tito, Jermaine and later Marlon. A young Michael quickly emerged as the group’s lead vocalist. Although the Jackson 5 were not initially that successful, with some help from Diana Ross, they became the chart toppers that are remembered as today. They had a number of hits, including “I Want You Back,” “ABC,” “The Love You Save” and “I’ll Be There.” However, it didn’t take long for the world to take notice of Michael. He was the obvious star.

When he was only 13, the soon-to-be King of Pop launched his solo career, but it took until the ‘80s for him to become a dominant figure in pop music and one of the most successful pop singers of all time. He broke numerous records throughout his career. He earned several Guinness World Record Titles, 13 Grammy Awards in total and was the first artist to have five singles from the same album reach No. 1.

During the ‘70s, Lionel Richie initially belonged to the Commodores, an R&B group he helped to found. He played saxophone, performed vocals and wrote songs for the group. Nearing the end of the decade though, he was accepting songwriting commissions from the other artists. The songs were successful, so he decided it was time to pursue a solo career. He released his self-titled debut solo album in 1982 and it quickly became a hit on U.S. Billboard Charts.

Richie was immensely successful throughout the ‘80s; however, after releasing his third solo album, Dancing on the Ceiling, he suffered some personal setbacks and disappeared from the music scene as a result. His father died in 1990 and, a few years later, he was caught cheating on his wife, Brenda Harvey. A bitter divorce ensued. It wasn’t until the early 2000s that he began topping the charts again. He is showing no signs of slowing down. He spent a big chunk of 2013 and 2014 on tour.