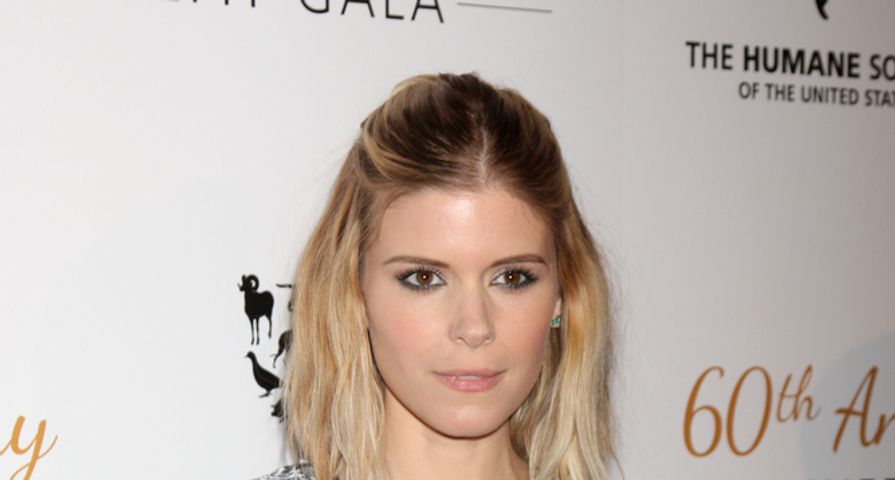 Many of us come to love the characters on our television shows. Seeing them every week becomes a ritual, one we look forward to. Unfortunately, while many of us expect a certain level of consistency in our shows, we don’t always get it – mostly because our favorite characters can just be gone in the blink of an eye. This has been a problem for years. Sometimes the exit of a character can ruin a show; however, that doesn’t stop it from happening. Check out our list of 7 Abrupt Main Character Exits – All of these characters were killed off and it was really disappointing!

Nina Dobrev recently announced that she will be leaving “The Vampire Diaries” at the end of the sixth season. According to her, she’s been planning this all along. “I always knew I wanted Elena’s story to be a six season adventure, and within those six years I got the journey of a lifetime,” she said via Instagram.

No one knows what surprises the show has in store, but it sounds big. “I invite you to hop on the roller coaster ride that is Elena Gilbert’s life and join me as I celebrate her and prepare to say goodbye to her – and to my work family – as I move on to the next chapter of my life,” she wrote. “You, the wonderful fandom who gave more love, support and passion than anyone could have ever imagined seven years ago, when a young Degrassi girl from Canada showed up in L.A. to audition for that Twilight TV show. I love you all. Fasten your seatbelts. If you think you know what’s coming, you don’t.”

The death of Michelle Rodriguez’s character on “Lost” may have surprised some, but Ana-Lucia Cortez’s death was planned from the very beginning. “I planned on leaving this season anyway,” she said. “I told them, I wanna go in and go out with bang. I didn’t know when it was gonna happen. They actually wanted to give the story line some time. They wanted to give it until the middle of next year. But I was ready to go.”

It was probably a good thing that her character got the axe because a lot of people didn’t really like her. Critics were anything but sympathetic to Ana-Lucia, who they considered bossy and hostile. According to Rodriguez, this wasn’t how the character was originally imagined. “They told me she was somewhat of a control freak, but that the character would arc. My meeting with (producers) J.J. (Abrams), Damon (Lindelof) and Carlton (Cuse) was that I’m tired of Hollywood typecasting me in the same thing. I’m pretty much Ram-bina,” she said.

Jared Harris portrayed Lane Pryce on “Mad Men.” During season five, his character is caught embezzling money from Sterling Cooper and takes his own life after Don Draper catches him and fires him. This took many fans off guard; however, Harris was well aware of what was going to happen to Lane.

“Episode 10 read-through. Matt [Weiner] always asks everyone to hang around because he wants to give you notes, and so I could see he was sort of leaving me to last. Then, once everyone had left, he went, ‘Let’s go up to my office.’ And I thought, Sh*t, that’s not fucking good, man. We were making small talk, waiting for the lift to come, and I was like, This is weird little small talk – he can’t tell me until we get to the office? Then we get to the office and he offers me some ridiculously expensive brandy, and I thought F*ck man, this isn’t good. He said, ‘I have something to tell you,’ and I went, ‘Uh-oh, this doesn’t sound good man.’ And he goes, ‘I’m really sorry, it’s not,’” Harris told Huffington Post.

Ryan Hurst’s character on “Sons of Anarchy,” Harry “Opie” Winston, was a fan favorite. When he was killed off, fans weren’t the only ones left bitterly disappointed – Hurst was too! “I couldn’t stop crying. I tried to talk him out of it,” he told Entertainment Weekly. “I went through Elisabeth Kubler-Ross’ stages of grief. He wasn’t sure of the particulars yet, just that it was gonna be bloody and gonna be noble…I didn’t see the way that it served the story. But then again, it’s not necessarily my position to comment on that. It’s Kurt’s show that he created, and whether it’s the right decision or the wrong decision, remains to be seen.”

During the table read for the episode when Opie dies, the entire cast got quite emotional. “We finished reading the script and basically sat crying in silence for about 45 minutes afterwards. None of us could go back to work. It was such a profound thing,” Hurst said.

Shannen Doherty was arguably the biggest star on “Beverly Hills, 90210.” When the show first started, her character, Brenda Walsh, and her family, specifically her brother Brandon, were the main focus; however, as time passed, the other characters at Beverly Hills High School began to play a bigger part. Rumor has it that Doherty didn’t like that and began to create chaos on set as a result. Everyone tired of it. At the end of season four, she was written off the show and replaced by Tiffani Amber Thiessen.

Former cast members from “Beverly Hills, 90210” recall that Doherty was difficult to work with. In his tell-all, “Jason Priestley: A Memoir,” Jason Priestley discussed her diva-like behavior. Tori Spelling also recalled Doherty’s bad behavior in her book “sTori Telling.” According to her, her former co-star could be arrogant and carefree and once got into a fistfight on set with Jennie Garth, who confirmed that there was a scratching incident.

No one had a clue that Mischa Barton’s character was going to be killed off of “The O.C.” at the end of season three. She was pretty much a staple on the show. We had all been watching her character struggle for three years and many of us had grown attached. Marissa Cooper’s relationship with Ryan Atwood, played by Benjamin McKenzie had also been a major plot point. Every season without fail these two would break up and make up.

After season three’s finale, many of us were left wondering whether Barton had decided to leave the show or whether she was forced off. According to the show’s creator Josh Schwartz, killing Marissa was a creative decision that had nothing to do with Barton. A source, however, told UsWeekly that writing Marissa off was not a mutual decision. A year later, when “The O.C.” was cancelled, Barton confirmed that it wasn’t her decision to leave when she told Fox News that her character’s death was the reason that the show landed on the chopping block.

Kate Mara played Zoe Barnes, an ambitious young journalist, on “House of Cards.” While she may have known about the fate of her character from the very beginning, viewers certainly didn’t. None of us were expecting her character’s untimely death when she met Frank Underwood (played by Kevin Spacey) in a subway station. What transpired was really shocking. As Zoe questioned Frank about Peter Russo’s death and his possible involvement, he threw her in front of an incoming subway.

Fans were pretty shocked, especially since Zoe was killed off during the first episode of the second season. Some were angry as well. “I got so many #wtf tweets. That was the most popular thing that people were saying,” she said. “It was such a crazy thing to start the season off with, and we hoped it would be a big deal.” Well, they got their desired reaction because it was a really big deal!