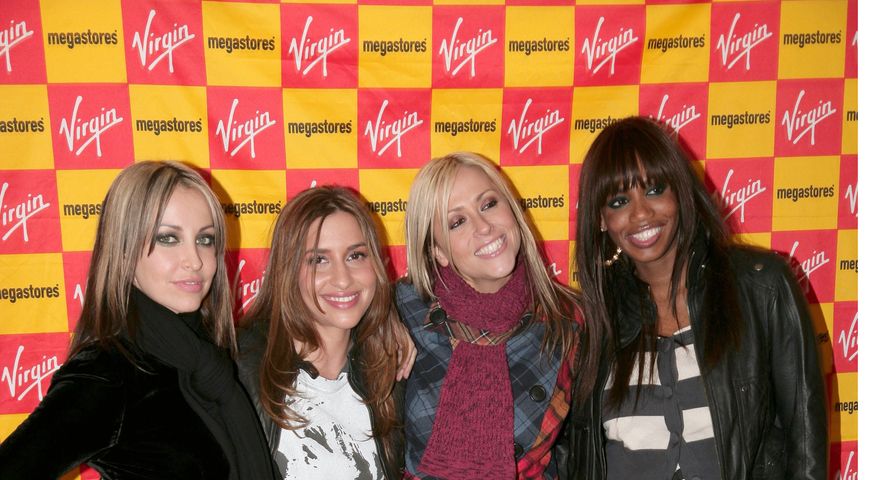 The music world is really fickle. Singers, boy bands and girl bands all come and go faster than the blink of an eye. Long-term success seems pretty near impossible, unless you’re Beyonce, Britney Spears or Christina Aguilera. We’re feeling a bit nostalgic. Many of the girl groups that we grew up with aren’t around anymore and we have no idea what happened to most of them. We decided to track 7 of them down and see what happened to them. Many of them were quite successful during their heyday, which is funny since many of us can’t remember their names or the names of their songs.

In the ‘90s, En Vogue burst onto the music scene with their hits “Hold On,” “My Lovin’ (You’re Never Gonna Get It)” and “Free Your Mind.” The group’s original lineup included Terry Ellis, Dawn Robinson, Cindy Herron, and Maxine Jones. Although their first album Born to Sing was successful, they achieved mainstream recognition with their second album Funky Divas. Even though the group was both critically and commercially successful, poor management and legal problems plagued them. In 1997, Robinson attempted to split from the group and then Jones followed suit in 2001. The original group has gotten back together and then broken up multiple times since. Ellis and Herron have retained the right to the name En Vogue and they, along with Rhona Bennett, continue to perform under that name.

Robinson and Jones have both continued to work in the music industry. Robinson joined the cast of “R&B Divas: Los Angeles” for the first season while Jones is planning to release her first solo album, Do You See Me Now.

Dream was active from 1998 until 2003. The group consisted of Holly Blake-Arnstein, Melissa Schuman, Diana Ortiz and Ashley Poole. P. Diddy signed them to his label, Bad Boy Records. Their first single from their debut album It Was All a Dream was released in 2001 and reached #2 on the Billboard Hot 100, #17 on the UK Singles Chart and the video for the single peaked at #2 on MTV’s “TRL.” Their second single “This Is Me” was also successful and the video for the song reached #1 on “TRL.” In 2001, the group participated in the 2001 TRL tour and opened for Destiny’s Child, Eve and Nelly. In 2003, when they were preparing to release their second album, they debuted a sexier image, which didn’t go over well with fans. Their new single “Krazy” wasn’t especially successful either and they were subsequently dropped from Bad Boy Records and the group disbanded.

In 2008, Schuman announced that she and Poole were starting a new band under the name Lady Phoenix and that Ortiz would be joining them; however, as of 2012, the group had disbanded.

3LW was am R&B girl group that included Adrienne Bailon, Kiely Williams, and Naturi Naughton. They enjoyed modest success during the early 2000s. Their debut single “No More (Baby I’ma Do Right)” was a chart success and their self titled debut album sold 1.3 million copies in the United States and was certified platinum by the RIAA. During the summer of 2001, they embarked on the MTV Total Request Live Tour with Destiny’s Child, Dream, Nelly, Eve, and Jessica Simpson. Around the time that their second album was supposed to be released, Naughton announced that she had left the group because of number of conflicts and arguments with Bailon, Williams and their management. Bailon and Williams continued as a duo under the name 3LW, adding a new member Jessica Benson, but they never released another album.

These days, Bailon is hosting a talk show called “The Real” while Williams has been dabbling in film and music. After leaving 3LW, Naughton embarked on a solo career; however, these days she can seen on the small screen on the show “Power.”

Blaque rose to fame in the late ‘90s thanks to their hit singles “808,” “Bring It All To Me” and “I Do.” The group consisted of three women, Natina Reed, Shamari Fears and Brandi Williams. They were signed to Lisa “Left Eye” Lopes’ production, Left Eye Productions, and she mentored them until her death in 2002. Their self-titled debut album debuted at number 23 on the Billboard’s Top R&B/Hip-Hop albums chart and at number 53 on the official Billboard 200 and was certified platinum by RIAA. They worked on two albums during the mid to late 2000s, but did not release them and disbanded. They were attempting a comeback in 2012 when Reed died after being hit by a car.

Since Reed’s death, Fears and Williams have not released any music. Before Blaque reunited, Williams had released her first solo single “Love It” and had been working on a solo album, which she was supposed to release in 2014. Fears is married to Ronnie DeVoe of New Edition.

“Wild Orchid” was a girl group that was active in the music industry from 1991 until 2003. Its members included Fergie, Renee Sandstrom and Stefani Ridel. Their self-titled alum was fairly successful. It sold nearly a million copies worldwide and included the singles “Talk To Me,” “At Night I Pray” and “Supernatural.” It also received two Billboard Music Award nominations for “Talk to Me” plus two Soul Train Lady of Soul Award nominations and an American Music Award nomination for Favorite R&B/Soul New Artist. Unfortunately, none of their subsequent albums were that successful.

Fergie has experienced the most success out of all the members of Wild Orchid. She had a successful career as the front woman for the Black Eyed Peas and she has also had a successful solo career. Sandstrom is primarily a session singer for children’s music. She provided Princess Fiona’s singing voice in “Shrek 2.” Ridel has turned her energy to writing and producing music. She has co-wrote and produced tracks for Girlicious, Pussycat Dolls, Miley Cyrus, Christina Aguilera and Fergie.

The all girl group Eden’s Crush was formed on the reality TV show “Popstars” back in 2001. Members included Ivette Sosa, Maile Misajon, Ana Maria Lombo, Rosanna Tavarez and Nicole Scherzinger, who lated joined The Pussycat Dolls. Their debut single “Get Over Yourself” topped the Canadian Singles Chart and made it to number eight on the Billboard 100. In 2001, they joined *NYSNC’s Pop Odyssey Tour and Jessica Simpson’s DreamChaser Tour. Their second single “Love This Way” was not as successful as their first and only had some radio play. In 2002, their record label folded and the group disbanded.

The only member of Eden’s Crush who had a considerable amount of success after the group’s breakup was Scherzinger. Tavarez spends her time as a yoga teacher/ choreographer/ dancer; Lombo now performs multi-lingual versions of popular songs under the name Annie Trousseau; Misajon writes music; and Sosa is an instructor at a dance studio in Woodbridge, New Jersey.

All Saints is considered one of the most successful pop groups of the ‘90s. They had nine singles on the UK singles charts, two multi-platinum albums and two gold albums. By the time that they disbanded in 2002, they had sold more than 11 million albums worldwide.

They began as a trio back in 1993. Melanie Blatt, Shaznay Lewis and Simone Rainford were the only members at that point. After a couple of years, Rainford left because of conflicting visions about the group’s direction. In 1996, after many auditions, Nicole and Natalie Appleton joined the group. Since forming back in 1993, the group has broken up two times, once in 2001 and then in 2009. In 2013, they reformed to join the Backstreet Boys for five of their UK tour dates, which were be in the UK and Ireland. According to Blatt, the group doesn’t have any plans to record any new material.