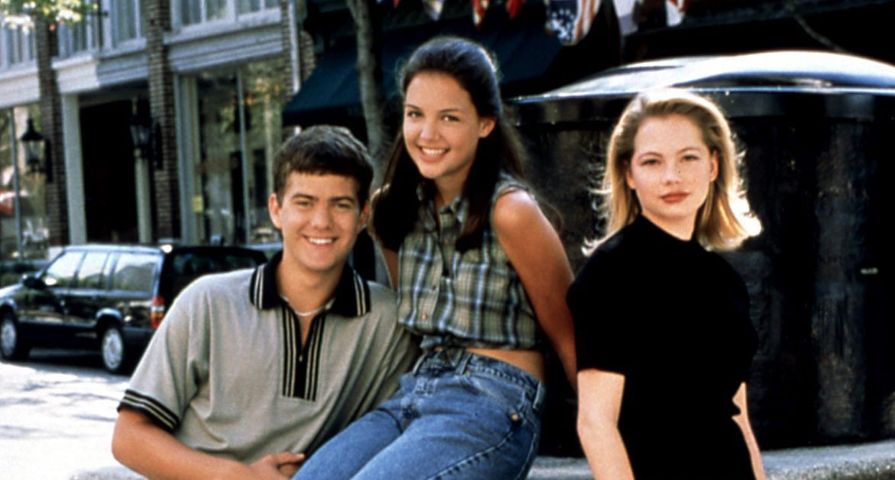 All of our favorite shows are filled with drama and intrigue, but many of the off camera romances and frenemy relationships are even more juicy than anything we saw on the small screen! Here is a look at some of our favorite shows that had way more unscripted behind the scenes drama than was captured on camera!

The set of Glee should be drama free! It’s basically a Disney musical come to life, but as rumor has it, co-stars Naya Rivera and Lea Michele were not buddy-buddy! Supposedly the two had a huge blow out on set that resulted in fists being thrown and in producers writing off Naya’s role on the show in season 5! In addition to the cat fights, Cory Monteith’s substance abuse came to a head when his body was discovered in a Vancouver hotel room. He had consumed a toxic mix of alcohol and heroin.

Even though they seem to have kissed and made up, Shannen Doherty and Jennie Garth were reportedly the queens of drama both on and off camera. The two played best friends divided by their love of the same bad boy, but in real life, Doherty and Garth were allegedly at each others’ throats over their own egos. It’s rumored that on one occasion, the battle got so heated, Jason Priestley and Luke Perry had to pull them apart in the parking lot! Jennie wasn’t the only one that had run ins with Shannen either. In his 2014 memoir, Jason Priestly revealed stories of Doherty’s diva behavior stating that her “attitude was cool, till it wasn’t.”

Jealousy is a green-eyed monster and it reared its ugly head on the set of Desperate Housewives. Terri Hatcher was the biggest star of the show and the extra attention she received was the envy of her co-stars. Reportedly, Hatcher got caught up in a screaming match with Marcia Cross at a Vanity Fair photoshoot after Hatcher was placed front and center for the cover shot. Not only was there drama between the actresses, but it extended to the creator as well. Nicollette Sheridan sued Marc Cherry for assault, gender violence, and wrongful termination, after her character Edie was killed off the show.

Chad Michael Murray & Sophia Bush were the most beautiful real-life couple, but their romance was briefly lived. The couple married in 2005, but after only 5 months of marriage, Sophia filed for divorce. Rumor has it that Chad was cheating on Sophia with his House of Wax co-star, Paris Hilton. After 4 years, working together on the series eventually proved to be too much for Chad and he left the show before its 7th season in 2009.

The set of Gossip Girl was reportedly riddled with jealousy! The drama of the television series was allegedly outdone behind the scenes by cast members flinging dung on each others’ careers. In addition to Penn Badgley and Blake Lively’s real-life split in the middle of the series, there was apparently a lot of animosity between Leighton Meester and Taylor Momsen as they were both trying to launch music careers. Everyone seemed to be envious of the projects each actor had going on outside of the show. Badgley even admitted in an interview that he “wasn’t friends” with most of his co-stars. Yikes!

Grey’s Anatomy is a show that became well-known for its behind the scenes drama and more than one actor from the show’s roster left the show in less-than-friendly circumstances. Katherine Heigl’s name became synonymous with “difficult diva” and she broke her contract to star in films. Isaiah Washington was booted from the series after using a gay slur in a confrontation with Patrick Dempsey. And T. R. Knight was unhappy with his character’s direction and a “break down in communication” with the show’s creator, Shonda Rhimes. While the show may have been hugely successful, the series production certainly left a lot to be desired!

Being young and successful is a recipe for an inflated ego, and rumor has it, that’s exactly what happened on the set of Dawson’s Creek between the two leading ladies, Katie Holmes and Michelle Williams. Apparently, as the storylines were developed in Holmes’ favor, Williams became jealous and distanced herself from her co-star. While it’s believed that Williams was the one with the problem, she kept it professional while on set.

Money talks and it’s said to have been a force of contention for the cast of Sex and the City. Sarah Jessica Parker and Kim Cattrall supposedly had a falling out after Cattrall learned that she made substantially less than Parker on the HBO series. Parker herself admitted that things on set weren’t always smooth sailing and stated, “sometimes feelings get hurt.” While time seems to have healed old wounds, it’s unfortunate to hear that a show about the friendships of strong women was polluted by jealous off camera feuds!

Whoever would have imagined that Adam Brody would be the one to bring the drama behind the scenes of The O.C.? Rumors flew as Brody apparently had a change in attitude at the height of the show’s success. The achievement of the show is said to have left Brody with a hugely inflated ego! He reportedly took to criticizing other cast members during filming, giving his fellow actors the cold-shoulder and throwing on-set tantrums. The diva behavior is said to have gotten so bad that producers actually considered ways of killing his character off the show. In the end, they allegedly sat him down for a reality check and told him to get his s**t together or he was done. I guess he conceded as he was a central character until the show’s finale!