10 Celebrities Who Went From Fat To Fit 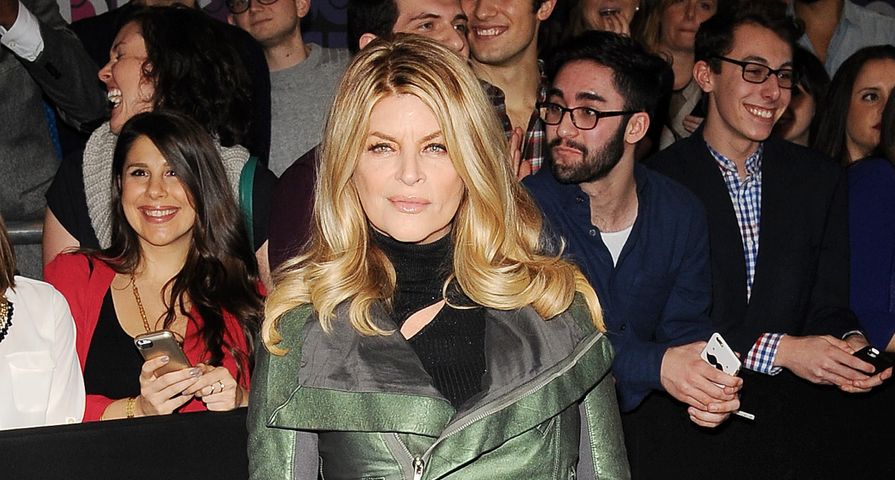 The world of Hollywood gossip can be enough to drive stars to binge eating sprees or to feel the pressures to lose weight and be fit. Sometimes stars are put on extreme diets to fulfill the imagined stature of a character for a part, and others just generally struggle to fulfill the expectations celebrity status places on them. Here’s a list of celebs who have battled the scales and shed some pounds to go from fat to fit!

Reports vary on the amount of weight this reality TV star has lost but estimates put it somewhere between 50-70 lbs! Kelly flaunted her new bod on the cover of Fit magazine in a two piece, and revealed that she’d never worn a bikini before in her life! Ms. Osbourne says that extreme diets just don’t work and leave you feeling miserable and the secret is finding healthy options of foods you enjoy. The biggest changes she made to her diet were to start eating breakfast, drinking water instead of soda, and having a healthy snack in the evening. Balance is everything to this fashionista!

During a break from his career, Robbie Williams suffered from excessive weight gain. In a bet with Gary Barlow, the two faced off over who could lose more weight and Robbie unveiled his super bod at the Take That European Reunion tour. The singer was jacked once again and attributes his transformation to weight lifting and Bikram yoga.

For years, Khloe Kardashian was considered the fat and funny sister, but that has changed since she lost 35 pounds. These days, she eats well and hits the gym regularly and it really shows. Have seen her abs? They’re sick!

Kate Winslet is both loved and criticised for her curvaceous bod, and has never quite fit nice and neatly into the Hollywood mould of beauty. As a teenager, Kate was bullied and called “Blubber” for weighing almost 200 lbs! The starlet outgrew her obesity and stole our hearts when she played the full-figured Rose in Titanic, and more recently has rocked an even more slender body as she moved into her late 30s and turned the big 4-O. Kate attributes the changes to her body to a eating well and exercising at home. “I just do my own stuff at home with the help of DVDs. A little bit of Pilates,” she said. “And just recently I started running, but I’m not very good.”

Jonah Hill began to lose weight for his role on 21 Jump Street and floored fans when he ended up losing 40 pounds! He looked like a completely different person and credited his weight loss to changes in his diet. The skinny version of the Wolf of Wallstreet star seems to have been short lived though as he had to pack back on those pounds and more for his role in Arms and the Dukes set for release in 2016.

Renee Zellweger’s portrayal of Bridget Jones required her to gain 20-30 pounds for the role, and of course once filming was over, the Academy Award winning actress wanted her shape back. She was very concerned about the health risks associated with gaining so much weight. She told the Daily Mail, “Did you see that movie about fast food, Supersize Me? I had a panic attack with all the specialists talking about how bad this is for you, long term, putting on that much weight in short periods of time and they’re all saying, ‘You must stop this now or you’re going to die.’” Renee eventually got her pint size figure back with meals mainly of tuna or cold meat, salads, and raw vegetables. Yumm…

In order to get ready for his role in Guardians of the Galaxy, Chris Pratt had to undergo quite the transformation from flabby to super fit. The on and off-again heartthrob has altered his body for many of his roles going from slender to fat, but his ripped physique in Guardians had everyone talking. Within six months, Pratt got his body into pro-athlete shape, shedding 60 lbs! He attributes the change to countless hours at the gym and a no-beer diet. While the transformation boosted his confidence on the red carpet by getting him noticed, he revealed to GQ that he isn’t quite the same funny-man: ‘I was like a great pet fat guy,’ he dished. ‘I think outwardly I was having more fun. I was more fun to be around, probably. That image that I was casting, to convince people that I was OK, was a really fun person to hang around. Now I have less fun.’

10 Super Skinny Stars: Are These Celebs Too Thin?

This song-singing diva’s weight has fluctuated over the years but she made a remarkable transformation of losing 30 pounds of baby weight after giving birth to twins! She is said to have seen a nutritionist, adopted a pretty hefty workout regimen, and caped her calorie intake at 1,500 a day on the Jenny Craig Diet. Needless to say, it worked, and she looks great. On the topic of her weight loss Carey told People, “I don’t feel like you have to be a size zero. We should all just embrace who we are physically. I’m not supposed to be a stick figure girl. It’s just not me.”

7 Celebrities Who Are Obsessed With Fitness!

Russell Crowe had to slim down and tone up for his career defining role as the Roman general Maximus in Gladiator. And if that wasn’t enough, he had to lose the extra 50 pounds he had just gained for his role in The Insider. Crowe consumed 6-8 small meals a day of lean protein, complex carbs and healthy fats in order to promote weight loss and muscle development. And all of that weight gain-weight loss work paid off for the actor; The Insider earned him a nomination for an Academy Award for Best Actor, and Gladiator won it for him!

Kirstie Alley’s weight has yo-yoed over the years but she’s never shied away from talking about her struggles with her fans. At the beginning of 2015, the actress flaunted a body that was 50 pounds lighter. She credits her weight loss to the Jenny Craig diet for whom she is a spokesperson. Kirstie feels that this time the weight-loss is permanent; she told TODAY, “This time it’s different. My goal is to keep this and maintain this throughout my life…I feel like I’ve conquered that now. I’m sort of hardheaded. You know, when I used to do drugs, it took me a while to quit, quit, quit — and then it was done. And I feel like that’s occurred for me [with my weight now].”