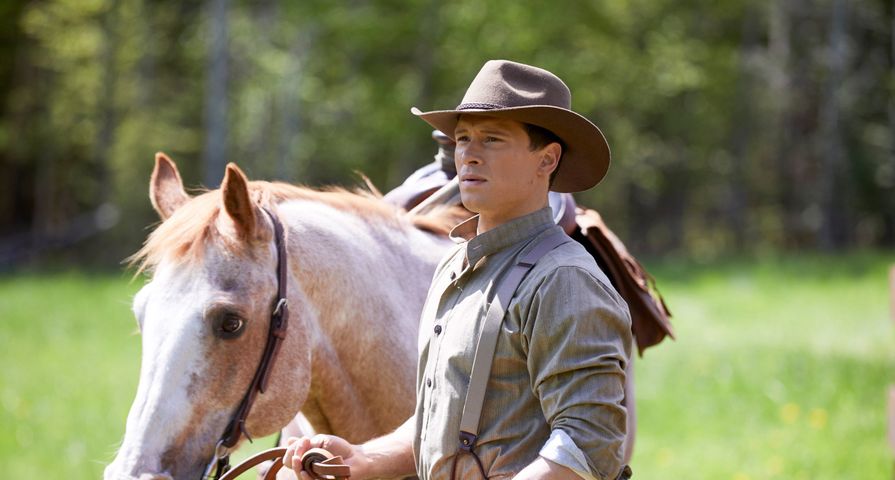 The When Calls the Heart spinoff series, When Hope Calls, will be available to watch on the Hallmark Channel later this month!

“Fans can get their fix all in one night with the back-to-back airing of both shows,” series actress Morgan Kohan told Entertainment Tonight in a statement. “From Hope Valley, to the town of Brookfield, I hope fans will fall in love with all of the characters, and their heartfelt themes of community, family and love.”

When Hope Calls follows around sisters Lillian (Kohan) and Grace (Jocelyn Hudon), “who reconnect after years of estrangement and open an orphanage together. They experience several complications along the way, including a battle between the tradition of cattle ranchers and the ambitions of a growing town. The sisters are also striving to find happiness and romance, all while overcoming the challenges of helping the children in their care. Town rancher-turned-veterinarian Chuck (Greg Hovanessian) captures the attention of Grace, while Brookfield Mountie Gabriel (RJ Hatanaka) sets his sights on Lillian after a chance-encounter,” as per Entertainment Tonight.

“I would love for people to just be able to watch beautiful relationships that are forming both within family and between friends and potential love partners as well,” Kohan said, when asked what she hopes viewers will gain from watching the spinoff series. “It’s really going to give people a chance to appreciate their own families and the people that they have in their lives because you see other people from different views and different walks of life and the struggles that people go through.”

Hovanessian emphasized the show’s underlying theme of inclusivity. “We’ve lost that sense of community where we’ve all gotten individualized,” he said. “Acceptance is another thing… and I think, over time, there’s this acceptance that comes in the hearts of all the characters.”

Hatanaka is about giving back to the loyal fans, also known as the #hearties. “I think it’s a really wonderful world and a wonderful group of people,” the actor said, adding that he wants fans to know they’re “doing our best to give it to the audience because it’s such an incredible fan base, they deserve it.”

Hudon repeated similar feelings, pointing out the show’s relatability and “family values.” She also shared that there’s going to be “lots of romance!”