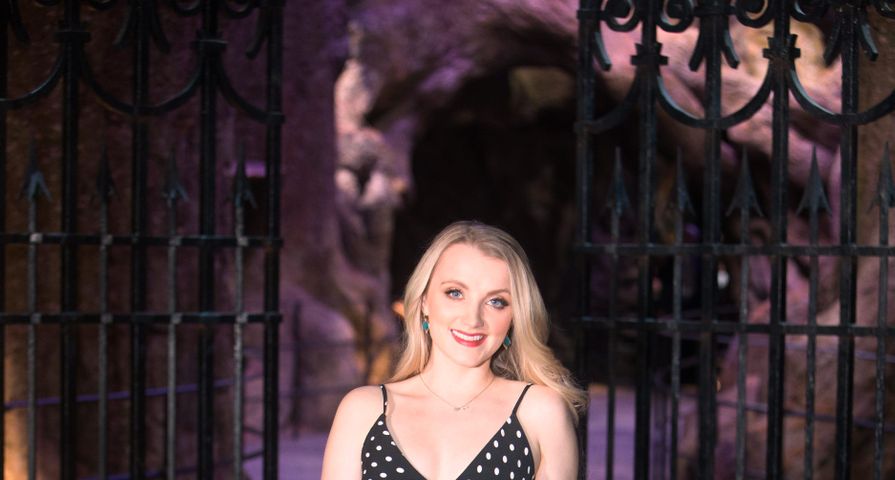 As season 27 for Dancing With the Stars fast approaches, there have been more and more reports about which celebrities will be joining the season, and ahead of the cast announcement on Wednesday, September 12 on Good Morning America, two more stars have reportedly been leaked.

Us Weekly reports that singer and actress, Tinashe, will be competing on the season along with actress Evanna Lynch. Lynch of course is best known for her role as Luna Lovegood in the Harry Potter films while Tinashe had a recurring role on the former CBS sitcom Two and a Half Men.

Along with Tinashe and Evanna Lynch, it was also previously reported that Mary Lou Retton, Bobby Bones, Alexis Ren, John Schneider, DeMarcus Ware and Danelle Umstead are also competing on the season.

So far, the only celebrity that has been confirmed by ABC is Nancy McKeon. The former Facts of Life actress appeared on Good Morning America on Wednesday, September 5 where she not only confirmed she was competing on Dancing With the Stars, but also revealed she would be doing so with fan-favorite pro Val Chmerkovskiy.

“He is awesome,” gushed McKeon about her pro partner. “He’s the most amazing partner, most patience than anybody I know and I’m so lucky.”

Best known for her role as Jo Polniaczek on the 1980 NBC sitcom The Facts of Life, McKeon, 52, also acted in the TV series Sonny with a Chance, Without a Trace, Touched by an Angel, and the TV movie Wild Hearts.

While it is still uncertain who exactly will be competing on season 27 in terms of celebrities, the pro dancers have been confirmed and along with Chmerkovskiy are:  Jenna Johnson,  Cheryl Burke, Sharna Burgess, Emma Slater, Lindsay Arnold, Witney Carson, Sasha Farber, Gleb Savchenko, Artem Chigvintsev, Keo Motsepe, Alan Bersten and Brandon Armstrong.