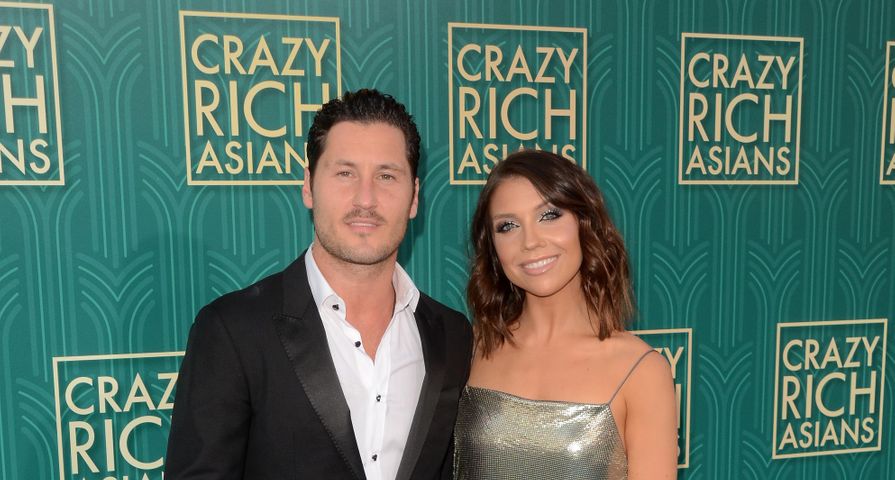 ABC has opted to keep the mystery alive when it comes to the pairings for the upcoming season of Dancing With the Stars!

On Wednesday, August 21, the celebrity cast for season 28 of the popular series was announced on Good Morning America, but fans were disappointed that they weren’t told which celebrities would be dancing with which pros.

Although fans will have to wait until the September 16th premiere for the pairings, we do at least know which pros will be competing! The pros for season 28 include: Peta Murgatroyd, Brandon Armstrong, Lindsay Arnold, Alan Bersten, Cheryl Burke, Witney Carson, Val Chmerkovskiy, Sasha Farber, Jenna Johnson, Keop Motsepe, Gleb Savchenko, and Emma Slater.

Rounding out the cast of pros are two brand new ones! Daniella Karagach and Pasha Pashkov have been added to this season’s pros. Interestingly enough this equals fourteen pros and only twelve celebrities, so we will have to wait until the premiere to see if there have been two unannounced stars, or if this part of the promised “format changes.”

For those who are counting, the addition of Karagach and Pashkov makes a whopping 47 pros that have competed on Dancing With the Stars over 28 seasons! Meanwhile, this season also has the distinction of having not one but two married sets of pros facing off. Val Chmerkovskiy and Jenna Johnson just married this past spring while Emma Slater and Sasha Farber celebrated their first wedding anniversary this past March.

Fans are excited to welcome back Peta Murgatroyd, who last competed on season 25 before welcoming son Shai with husband and fellow DWTS alum Maksim Chermkovskiy. “I’m overwhelmed with excitement,” Murgatroyd told Us Weekly. “I’m excited and happy to be back with my family. Honestly, I just missed everybody so much! As a lot of people know, it’s such a close and tight-knit family, so I’m just happy to be back with everybody.”

Noticeably absent is pro Sharna Burgess, who won’t be able to defend her title after winning season 27 with her celebrity partner Bobby Bones. Also not competing is Artem Chigvintsev. Both Artem and Sharna took to social media to share lengthy and emotional messages about not being a part of Dancing With the Stars.