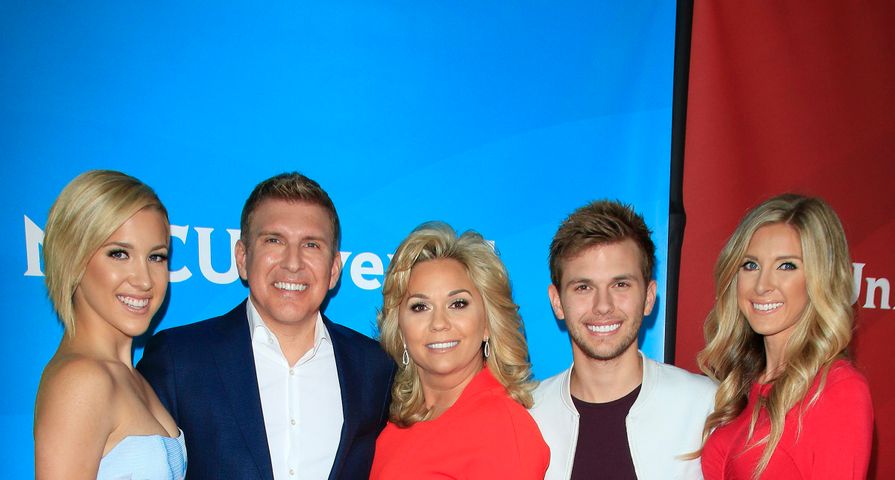 Reality TV star Todd Chrisley revealed he is going to be indicted on tax evasion and bank fraud charges, but denied all the allegations with a lengthy Instagram post.

On Monday, August 12, the Chrisley Knows Best star took to social media to explain that starting back in 2012, a now ex-employee of the family, stole from them and created phony documents as well as numerous other crimes over the years.

“I’ve never talked about this publicly before, but there’s been a cloud hanging over Julie and me and our entire family for the past seven years. It all started back in 2012, when we discovered that a trusted employee of ours had been stealing from us big time,” the 50-year-old began his post.

While Todd said that he wouldn’t “go into details,” he claimed that the case “involved all kinds of really bad stuff like creating phony documents, forging our signatures, and threatening other employees with violence if they said anything.”

“We even discovered that he illegally bugged our home,” Todd alleged about the man, whom he did not identify. “Needless to say, we fired the guy and took him to court — and that’s when the real trouble started. To get revenge, he took a bunch of his phony documents to the U.S. Attorney’s office and told them we had committed all kinds of financial crimes, like tax evasion and bank fraud. That got their attention all right, but once we had a chance to explain who he was and what he’d done to us, they realized it was all a bunch of nonsense and they sent him on his way.”

Despite believing the case was over, he revealed the employee “didn’t give up.” “He persuaded a different set of investigators at the U.S. Attorney’s office not only to reopen the case but also to grant him immunity from prosecution for his own crimes and bring charges against us. As a result it looks like later this week Julie and I are going to be named in a federal indictment charging us with tax evasion and probably a bunch of other financial crimes as well.”

“I’m telling you all this now because we have nothing to hide and have done nothing to be ashamed of. Not only do we know we’ve done nothing wrong, but we’ve got a ton of hard evidence and a bunch of corroborating witnesses that proves it.”

As he awaits the possible charges, Todd is leaning on his faith and trust in God to see him through this trying time.

“Anyway, when all is said and done, we trust in God and God says to us in Jeremiah 51:36, ‘I will defend you. I will be your lawyer. I will plead your case.’ We know that if and when this goes to court, the truth will prevail and the charges against us will be exposed for the outrageous lies they are,” said the reality star. “As it says in Proverbs 3:5-6, ‘Trust in the Lord with all your heart. And lean not on your own understanding; in all your ways acknowledge Him, and He will make your paths straight.’”

He concluded, “We want to express our gratitude to everyone who helped place us where we are today in our lives. We thank you for your support and we will continue to work every day to earn your respect, loyalty, and admiration. We covet your prayers, Todd, Julie & the entire Chrisley Clan.”