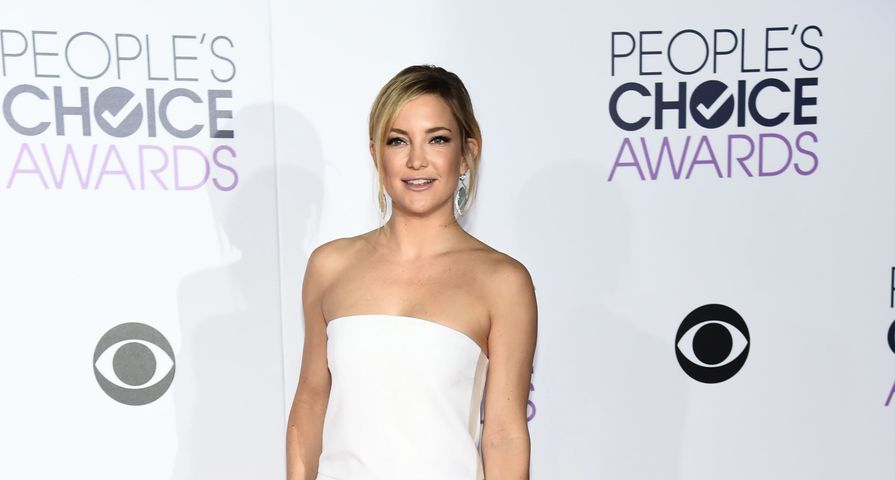 On Wednesday Jan. 6, the stars flocked to the Microsoft Theater in Los Angeles for the 2016 People’s Choice Awards and, as always, all eyes were on the fashion for the night as the celebrities entered the event. Unfortunately, the majority of style choices were very disappointing as fashion risks did not pay off for most. Of course, there were a few who rocked the red carpet with killer looks and gave us hope for awards fashion yet again.

Kate Hudson looked amazing in a white strapless Stella McCartney jumpsuit. The Rock the Kasbah actress accessorized with Jorge Adeler earrings, Brian Atwood sandals and and a gorgeous white clutch by Jimmy Choo. She let her outfit do the talking, keeping her hair in a simple updo and with minimal makeup. Meanwhile, Mike and Molly and Ghostbusters star Melissa McCarthy looked amazing, showing off her impressive weight loss with a shiny pink tunic and tailored black leggings matched with bright makeup and classic black pumps. Pretty Little Liars actress Ashley Benson may have kept her look simple with a black minidress, but it was still one of the best choices of the nights. With embellished shoulders and an open back, the dress was the perfect mixture of classy and sexy which she coordinated with a low pony and black sandals.

While all the stars are beautiful, some picked unfortunate fashion choices for their red carpet arrival and unfortunately for Vanessa Hudgens hers was one of the worst. The actress donned an awkward shiny gunmetal strap gun with a high slit. She took the “edgy” look even further with a metal chocker and strappy heels, and looked more ’90s prom than awards show ready. Dakota Johnson may have have won for Favorite Dramatic Movie Actress, but her outfit wasn’t doing her any favors. She chose a silver two piece outfit that did not flatter the actress and actually appeared as if the bottom had a tear in the bottom because of it’s tight fit making it awkward to walk. The Big Bang Theory star Kaley Cuoco did not hit the mark with her sequin Manning Cartell minidress. The netting and sequins did not coordinate well and looked more of a mess than a hit on the gorgeous star.