‘Survivor: Island Of The Idols’ Alums Elizabeth Beisel and Jack Nichting Are Dating 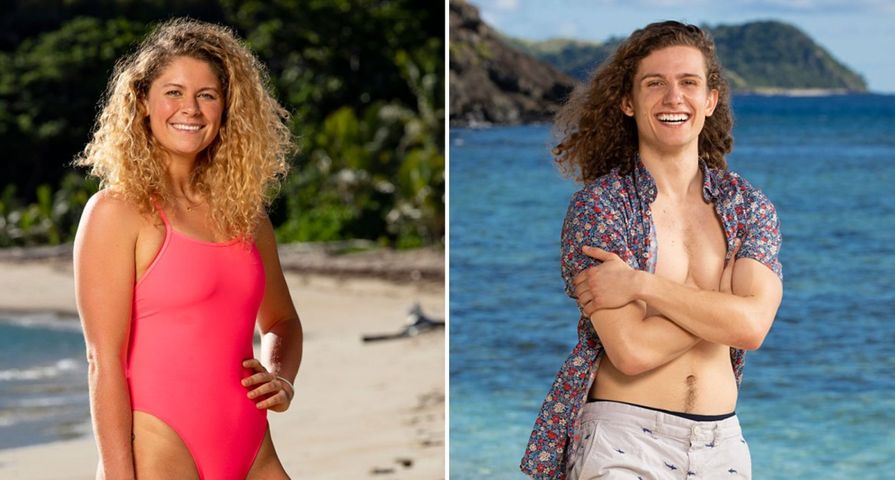 Although Survivor: Island of Idols contestants Elizabeth Beisel and Jack Nichting didn’t win, they won something better – each other!

“WOAH. Did you guys hear the news?” Beisel wrote on Thursday, December 19, via Instagram about her and Nichting dating. “I’ve got a curly haired boyfriend named Jack and he is simply the most wonderful human being I know.”

In the Instagram announcement, the photo showed her getting a piggyback ride from her new boyfriend, and showed off their matching curly hairstyle with an almost kiss.

Nichting also posted to Instagram about the exciting news on Thursday.

“I am beyond proud to call this curly headed, exuberant, and compassionate woman my girlfriend/twin,” Nichting captioned a series of photos with Beisel. In his four snaps, followers could see the pair laughing together, spending time together in a pool, dressed up as tigers, and kissing.

Beisel and Nichting revealed their relationship on social media the day after the Survivor finale and reunion aired on CBS on Wednesday, December 18. The new couple did not attend the show’s pre-taped reunion, but they do thank the show for the meeting.

Beisel was voted out on day 30 of the competition and called her departure “bittersweet.” In an interview with Ponderosa on November 27, she told the outlet that she’s ” made new friendships that will last an entire lifetime” and thinks the “pros outweigh the cons of … getting voted out.”

Nichting, on his part, was voted out much earlier in the season on the seventh episode. “I’m really sad I’m out of the game,” he said in his exit interview. “Overall this was way freaking harder than I thought it would be.”

Season 39 of Survivor was one of the most controversial seasons yet. When contestant Dan Spilo was removed from the CBS show ahead of the finale for an “off-camera incident,” which followed after fellow player Kellee Kim told him she felt uncomfortable with his touching.

Before Spilo was dismissed from the show, the network aired a #MeToo focused episode on November 13. After the episode aired, Survivor contestants, including Beisel, publicly apologized for the way they handled the accusations against him.

“After watching the episode, my eyes were opened to a completely different truth, and I received an abundance of information that I was entirely unaware of while playing the game,” Beisel tweeted on November 14. “I had no idea the severity of the situation. As a player, I am limited to my own experiences and knowing what I know now, my decisions would have been very different.”

She then addressed her fellow contestants, Kim and Janet Carbin, who were the most vocal about Spilo’s behavior:

“To Kellee. I was sick to my stomach watching the episode and seeing how much pain you were in,” Beisel tweeted. “I wholeheartedly apologize to you for using your accusations against Dan for gameplay. In no world is that acceptable, and I take full responsibility for my actions, and lack thereof.”

She then tweeted an apology to Carbin, writing,  “I deeply regret ever taking advantage of you in the game this way. Watching the episode, it was clear your sole intention was to protect us women, and I am distraught by the way I handled this situation. I am extremely sorry.”

Beisel then shared a statement about “women everywhere” and the importance of believing sexual harassment victims.

“Sexual harassment and sexual assault are extremely serious, life altering topics that I do not take lightly,” she stated. “They have no business being used as tactics to further one’s own agenda, whether it be in real life or in the game of Survivor. I am beyond disappointed in my behavior and will use this as a life-changing, teaching moment.”

WOAH. Did you guys hear the news? I’ve got a curly haired boyfriend named Jack and he is simply the most wonderful human being I know. And yes, we share hair products.

I am beyond proud to call this curly headed, exuberant, and compassionate woman my girlfriend/twin.