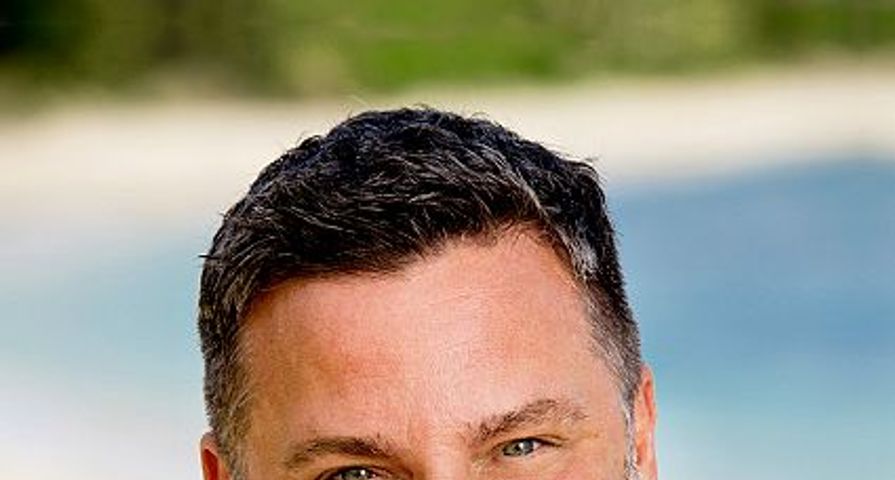 Former Survivor player Jeff Varner aired his grievances with CBS on social media on Wednesday after the network announced that the reunion show for Survivor: Island of the Idols will be pre-taped for the first time in the series’ history.

“What just happened on Survivor tonight is 100% bull s—t. I have so much to say and am fuming right now. About to climb the walls,” Varner posted to Facebook after the show’s episode aired.

This year’s season of Survivor‘s reunion show will be pre-taped four hours before it airs on Wednesday, December 18. Entertainment Weekly reported the decision was made due to the sensitive subject matter and security concerns. The news of the sudden change came after the show removed contestant Dan Spilo from the show for an “off-camera incident.”

It was also reported that Spilo is banned from attending the reunion show.

“I’ve talked to cast members. I know what happened that got him removed and I’m telling you, 100% horse s—t. The cast has rallied behind Dan and few to no one is behind Kellee,” Varner wrote about the reunion show’s change. “It’s so painful to see what is happening with this show. They are pre-taping the reunion because cast members plan to publicly support Dan and call out producers. Can’t have that on a live mic. Ugh. So pissed. Rant over. For now.”

The former contestant, who competed on three seasons of the show, took to Twitter to vent more about the situation. “100% horse s—t! The truth will get out. No pre-taped reunion will hide it. #Survivor.”

A Twitter user responded to Varner’s tweet saying he shouldn’t “get to weigh in” on the controversy, and Varner went off once again about the scandal.

“I’m the perfect person to weigh in. I know what happened. I’ve spoken to these people. That full screen disclaimer is a crock,” he tweeted at the user. “That prepared reunion is cowardice. This producer manipulation is 100% bull s—t. When you know what really goes on then you can tell me your opinion.”

Varner then responded to another Twitter user’s response repeating his right to weigh in on the news. “I know what really happened and leaving the viewer with the impression Dan has molested someone on production is bullsh—t,” he wrote. “The cast is not happy. They love Dan. Threats of boycotts. They’re not going to allow them near a live mic. Cowards.”

The former reality TV star is no stranger to Survivor drama. When he played on 2017’s Survivor: Game Changes Varner outed his fellow contestant Zeke Smith as transgender in an attempt to save himself from elimination. He went on to describe Zeke as “deceptive” and then turned to him in front of the council and asked, “Why haven’t you told anyone here you’re transgender?”

His tactic backfired and led to his removal immediately. “We don’t need to vote,” host Jeff Probst said at the time. “Just grab your torch.”

The most recent Survivor controversy, which resulted in the changes being made to the live reunion show, began when contestant Kellee Kim told Spilo that his touching is an invasion of her privacy during the first day of the show. The production team gave Spilo a formal warning on day 22. When Kim learned about his removal from the show, she shared a statement on Twitter.

“Tonight, on CBS Survivor, Dan Spilo was kicked off the show for, once again, inappropriate touching. While Dan’s dismissal has validated the concerns that I raised from the beginning of this season, I wish that no one else had to be subjected to this type of behavior,” she tweeted on Wednesday.

“CBS and Survivor were on notice of Dan’s behavior from the very first days of the game. And, as Survivor fans know, shortly after I spoke up on camera, I was voted off the show,” Kim added. “Since then, I’ve accepted genuine, heartfelt apologies from fellow castaways, but I’ve continued to feel disappointed by how this pattern of behavior was allowed to occur for so long.”

Survivor‘s host Probst told Entertainment Weekly that he could not comment about Spilo’s removal or any details “out of respect for privacy and confidentiality.” The host did share that Spilo “was not happy” about the decision, but later”calmed down and was actually very respectful” about it.

The Survivor: Island of the Idols finale and reunion will air on CBS on Wednesday, December 18, from 8 p.m. to 11 p.m. ET.

What just happened on Survivor tonight is 100% bull shit. I have so much to say and am fuming right now. About to climb…

I’m the perfect person to weigh in. I know what happened. I’ve spoken to these people. That full screen disclaimer is a crock. That prepared reunion is cowardice. This producer manipulation is 100% bull shit. When you know what really goes on then you can tell me your opinion.

I’ve spoken to people on this cast. I know what really happened and leaving the viewer with the impression Dan has molested someone on production is bullshit. The cast is not happy. They love Dan. Threats of boycotts. They’re not going to allow them near a live mic. Cowards.