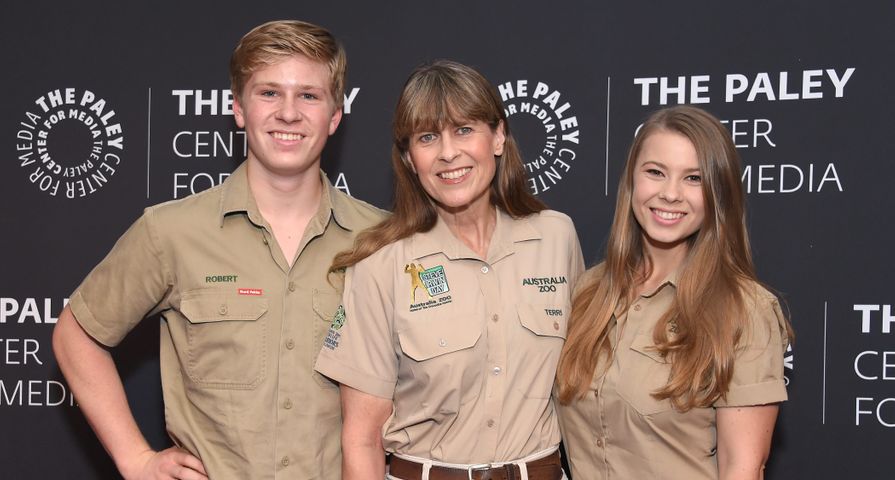 15-year-old conservationist, Robert Irwin, told PEOPLE at the Time 100 Next event on Thursday night that he was honored to be asked by his eldest sister, Bindi, to walk her down the aisle on her upcoming wedding day.

“Oh, I was just so so stoked,” the 15-year-old said. “I was so excited and really honored for her to ask me to walk her down the aisle.”

“I think it’s going to be such a wonderful day, such a great celebration,” Robert continued. “Chandler is absolutely perfect. I can’t fault him, he’s awesome.”

Bindi previously told Entertainment Tonight, “I think that for me, it’ll be really important that Robert walks me down the aisle, that’s something that I really want to do.”

“I’m always so grateful that Robert is there, and he has been such a big part of my life and he’s always stepped up and been the one to give me a hug when I need it and encourage me forward in life,” she said at the time. “So he will definitely be the one to walk me down the aisle when the time comes, and I think that will make it really special.”

Even though Robert thinks Bindi’s finacé Chandler Powell is “perfect,” he joked about how he’s put the Florida wakeboarder “to the test” with tasks at Australia Zoo where the Irwin family lives and works.

“I’ve got him in there feeding crocodiles and doing all this crazy stuff and he’s just willing to do just about anything and he’s such an awesome guy,” Robert added. “So I’m happy for them both, and I think they’re an amazing team.”

Robert is significantly involved in his big sister’s love story. He is currently helping Bindi plan her wedding. Robert told PEOPLE that the wedding is going to be an “interesting” one.

“Bindi is actually trying to get all of us involved in wedding planning,” Robert shared. “We’re trying to say, ‘it’s your wedding, you do what you want to do,’ but yeah she’s definitely getting us all involved and she’s got some really exciting ideas.”

Robert added that Bindi wants her and Chandler’s wedding to be a “fun” and “sort of simple” celebration, and that “friends and family from all over the place” will be invited to the nuptials.

“So I think it’s going to be really nice,” he said about his sister’s wedding plans thus far.

The wedding will take place at the zoo and will be a “wedding with animals” according to Robert.

Bindi previously told PEOPLE the wedding would also feature “little bits of [her] Dad that will make it feel like he’s there with us.”

“We’ll have candle lighting ceremony,” she shared with PEOPLE last month. “So we’ll be able to all get up as a little family and light a candle in his honor and share a few words on what an amazing dad he was and still is.”

Steve Irwin passed away in 2006 at 44 years old. A stingray attacked him off the coast of northern Australia while he was working on an upcoming documentary series called Ocean’s Deadliest.

Back in August, Bindi penned a heartfelt message to her father on Instagram – which included a throwback photo of the Irwin family and a photo from her engagement with Powell and Robert – about how proud he would be of Robert.

“Dad, You would be so incredibly proud of Robert,” she wrote. “He has been such an amazing support during this beautiful new life chapter.”

“I know you’d be beaming with pride when the time comes that he walks me down the aisle,” Bindi continued. “I wish you could be here for these moments, but I know that your spirit lives on in us ❤️”

Dad, You would be so incredibly proud of Robert. He has been such an amazing support during this beautiful new life chapter. I know you’d be beaming with pride when the time comes that he walks me down the aisle. I wish you could be here for these moments, but I know that your spirit lives on in us ❤️