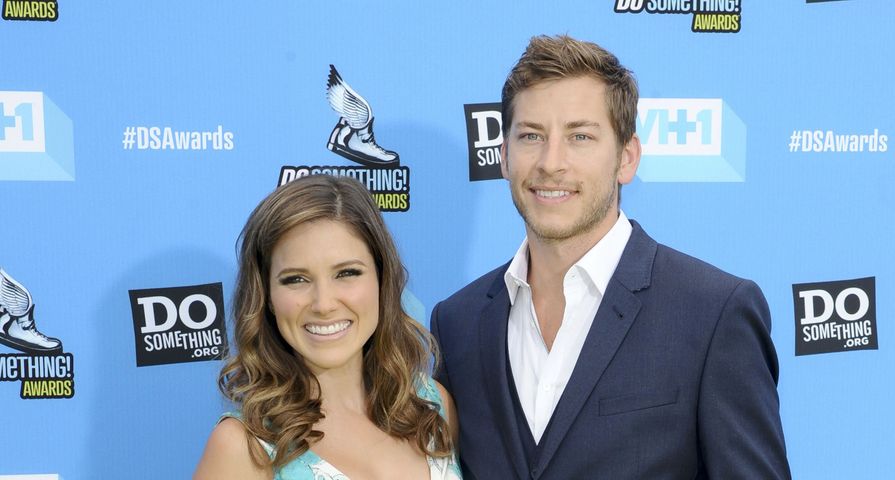 It was no ordinary boyfriend Sophia Bush used to call her own. She was intimately close, and remained good friends with Google executive, Dan Fredinburg, who was killed on Mount Everest following a massive earthquake in Nepal.

The Nepalese earthquake recorded on Saturday measured 7.8 on the Richter scale, and set off at least one known avalanche on Mount Everest, which killed at least 18 people who had embarked on their climb toward the summit, or who were set-up at base camp. Dan and his three climbing colleagues were among several killed at base camp. According to sources closest to Dan and his expedition, the avalanche did not come without warning, but it was so large they were unable to clear the area before being swept away in the vast river of snow.

Sophia Bush took to social media to share her thoughts about her friend, Dan:

There are no adequate words. Today I find myself attempting to pick up the pieces of my heart that have broken into such tiny shards, I’ll likely never find them all. Today I, and so many of my loved ones, lost an incredible friend. Dan Fredinburg was one-of-a-kind. Fearless. Funny. A dancing robot who liked to ride dinosaurs and chase the sun and envision a better future for the world. His brain knew how to build it. His heart was constantly evolving to push himself to make it so.

He was one of my favorite human beings on Earth. He was one of the great loves of my life. He was one of my truest friends. He was an incredible brother, a brilliant engineer, and a damn good man. I’m devastated and simultaneously so deeply grateful to have known and loved him, and to have counted him as one of my tribe. I was so looking forward to our planned download of “all the things” when he got home. I am crushed that I will never hear that story. I am crushed knowing that there are over 1,000 people in Nepal suffering this exact feeling, knowing that they too will never hear another tale about an adventure lived from someone that they love.

Disasters like this are often unquantifiable, the enormity is too much to understand. Please remember that each person who is now gone was someone’s Dan. Please remember that our time on this Earth is not guaranteed. Please tell those you love that you do. Right now. This very minute. And please send a kiss to the sky for my friend Dan. His energy is so big and so bright, and it’s all around us, so put some love toward him today. And then hug your loved ones again.

Dan served as the head of privacy for Google X, the company’s most ambitious and progressive department, working on its most advanced technologies. He was 33.