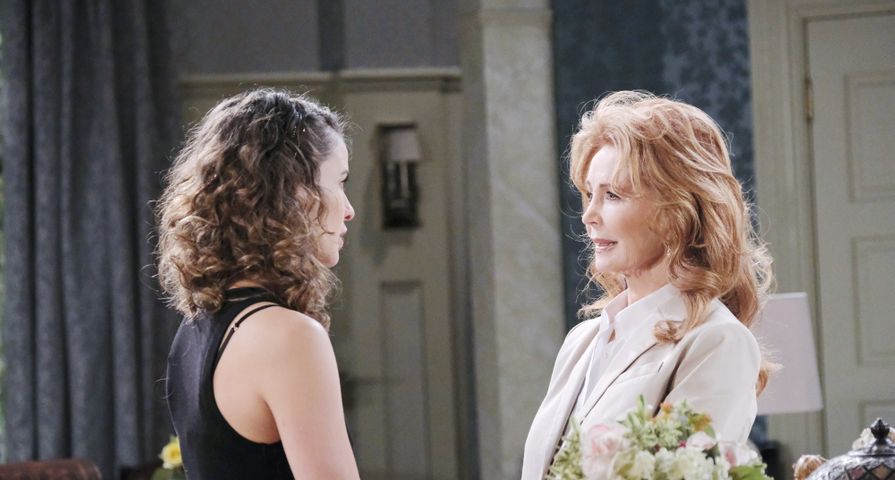 There won’t be any dull moments this week on The Young and the Restless, Days of Our Lives, General Hospital and The Bold and the Beautiful! Find out what will happen with our spoilers for June 15, 2020:

Monday on Y&R, Nick and Sharon will walk down the aisle despite Nikki’s objections. Meanwhile, Cricket will be torn between Paul and Danny (Michael Damian), and Katherine will encourage Dina to pursue John. The episode originally aired on February 19, 1996.

Julie will be stunned when she sees Jake for the first time on Monday’s episode of DOOL while Sarah will suggest to Brady they take their revenge a step further. Spoilers also indicate that Claire will insist to Ciara she wants to make amends, and Ben will ask Will to be his best man.

GH’s Monday episode originally aired on February 7, 2007. In the episode, Sonny and Carly will re-declare their love during the Metro Court hostage crisis.

On B&B on Monday, upon learning that Sheila (Kimberlin Brown) is alive, Lauren (Tracey Bregman) will persuade her husband Scott Grainger (Peter Barton) to vacation with her on the romantic island of Santa Catalina, where Sheila has gone to repair her marriage with Eric. Lauren will silently vow to confront Sheila about her misdeeds in front of Eric and Scott. Ridge (then played by Ronn Moss) will antagonize Connor (Scott Thompson Baker) before surprising Brooke with an impromptu fashion show of the men’s line they are about to debut. This episode originally aired on November 3, 1999.