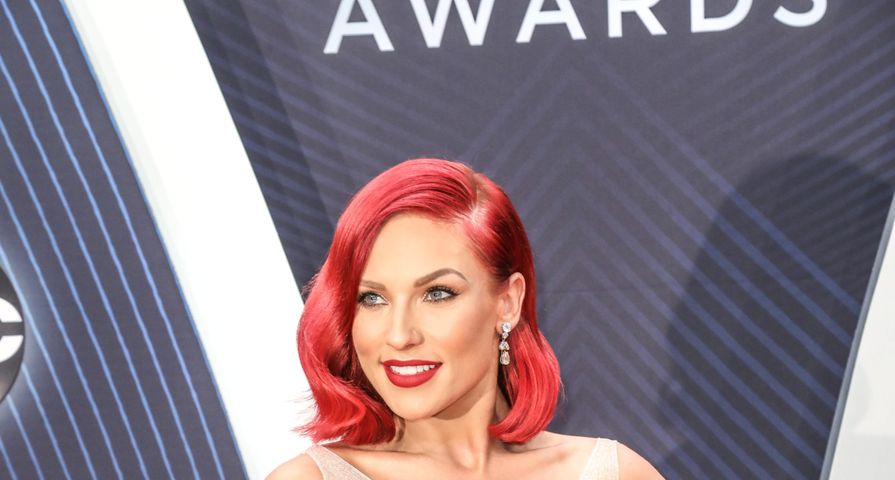 As the reigning champion of Dancing With the Stars, pro Sharna Burgess didn’t think she would have anything to worry about when it came to getting cast for season 28 to defend her title, unfortunately that isn’t the case.

After it was revealed that fan-favorite pros Sharna Burgess and Artem Chigvintsev were not hired for the season, Burgess is now opening about learning that she would not be returning to the show for the time being.

“I’m equally as excited and terrified for all of the things that lie ahead for me,” the dancer told Entertainment Tonight. “I am currently adjusting to a new fall season.”

The 34-year-old then opened up about the days he found out from producers she had not been hired. “I got the really super sad phone call that was a ‘Is this real life?’ moment for me,” Burgess recalled. “I was driving on the freeway on my way to a meeting and I was chatting with our executive producer [Andrew Llinares], and I could hear it the moment he got on the phone, in his voice.”

She added that the call came only two days before they were slated to start rehearsals. “It was the same day Artem got the phone call. We were within an hour of each other, and we were supposed to go into rehearsal for Good Morning America,” she shared, adding that she was sure she would be part of the new season, “until this phone call happened.”

“I could hear it in his voice from the moment the phone call started, and my adrenaline spiked,” she continued. “I pulled over and he let me know that they love me and I am very much a part of the family at DWTS, but they could not partner me up with a partner this season.”

Burgess also revealed that she was pretty shocked by the decision. “There was no hint that this would be the case. There never is, and, by the way, we all go through the same thing every season, we don’t know if we are back until we get that pick up letter. But I’ve been sitting pretty comfortable for a while.”

When asked if she was given a reason for why she wasn’t brought back she said that there was a reason, but not a very good one. “Not beyond, ‘We couldn’t partner you up with anybody this season,'” she said. “What’s tough about hearing that is I’ve danced with everyone from Andy Dick to Bobby Bones to a Backstreet Boy, there is no type, and it has nothing to do with height and has nothing to do with anything [specific]. For whatever reason, the people in the room who decide who’s on the cast felt that I wasn’t what they wanted for this version of the show, and that is OK because the team in there has changed.”

“Not everybody can love you, not everybody is going to vibe with you, maybe they don’t want a redhead this season,” she continued. “There’s three blondes and three brunettes. I think maybe I stick out like a sore thumb and they don’t want that. Maybe it’s that my choreographing they kind of got bored with. Who knows?”

For now, the dancer is focusing on other projects including performing in two musicals that are trying to make their way to Broadway.