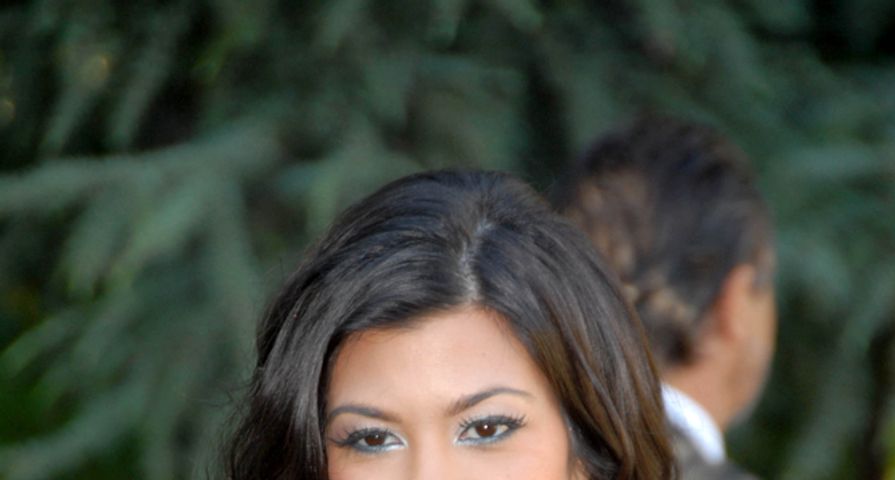 There’s something oddly comforting about seeing celebrities without makeup; we often forget that their red carpet and magazine photos feature hours of primping and powdering from professionals.

The latest celeb to bare her skin and natural lip color in a makeup-free photo is Kourtney Kardashian, who is featured in an Instagram photo posted by her boyfriend Scott Disick. She’s caught in a candid moment of checking her phone, with a long-sleeve t-shirt, braided hairstyle and a towel on her head. Take a look at the video to see her surprising look.

Kourtney, 34, looks great (her eyelashes are naturally so long!), but it’s nice to know that her skin looks pretty much the same as ours before we apply creams and powders and minerals. Scott’s caption, though, is a little confusing – is he talking about the fact that she’s not wearing makeup, or is his comment about something else? More shocking are some of the rude  comments posted by strangers below the pic.

Since Kourtney is busy with her two kids, Mason and Penelope, she doesn’t spend a lot of time putting on makeup in her everyday life. She says she has a five-minute mommy makeup routine that consists of applying just tinted moisturizer, bronzer (from the Kardashian Kollection) and some mascara.

She says that Scott prefers a less-is-more makeup look, which helps keep her beauty regimen short — but of course, that still requires some effort!

Take a look at Kourt without makeup in the video below: