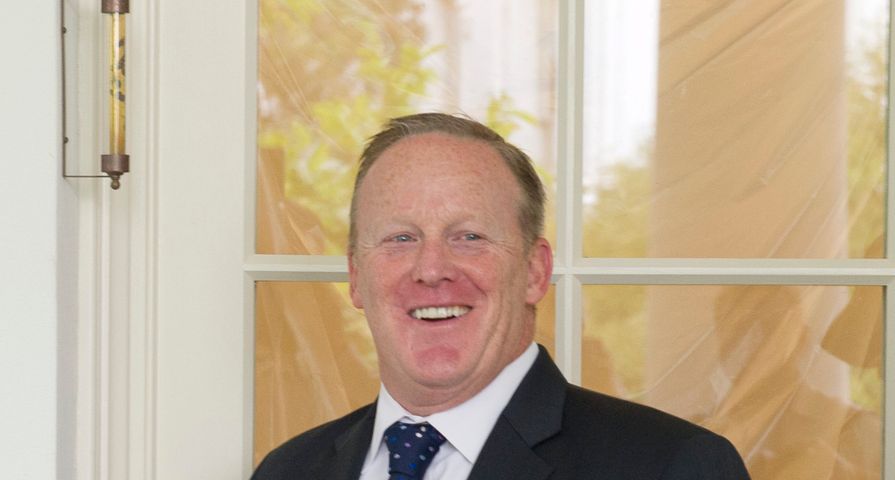 Dancing With the Stars is getting ready for its 28th season this September, but first it needed a celebrity cast of competitors, and one has stirred up some serious controversy.

On Wednesday, August 21, the full cast of celebrities competing was announced on Good Morning America and it seems many were shocked that former White House press secretary Sean Spicer was one of them.

After receiving backlash and criticism for his casting from Dancing With the Stars fans, social media users and a piece in the New York Times, Spicer responded to all the negativity. “I’m going out and having some fun,” the 47-year-old said. “I’m going to enjoy myself, and if more people like me, then that’s great.”

“The idea that I need this to make myself feel better is preposterous. I’m in this because I enjoy it. I’m very comfortable with who I am, what I believe and who I support, and that’s it,” he continued.

It seems fans weren’t the only ones upset by the casting either. Shortly after the cast was announced, longtime host Tom Bergeron took to his Twitter to share a statement explaining he had a meeting with the new Dancing With the Stars showrunner before casting began in which he thought they agreed that when it returned, the show “would be a joyful respite from our exhausting political climate and free of inevitably divisive bookings.”

While Bergeron didn’t name Spicer in his statement, it was obvious he was upset by the politically divisive casting. “For me, as host, I always gaze into the camera’s lens and imagine you on the other side, looking for a two hour escape from whatever life hassles you’ve been wrestling with. That’s a connection, and a responsibility, which I take very seriously, even if I occasionally season it with dad jokes,” Bergeron shared in part.

“Tom’s been a great host for 28 seasons,” Spicer told Mediaite when asked about Bergeron’s comments. “My hope is that he sees how bringing diverse group of people can help instill a greater degree of stability and respect among people in this country.”

“My overall hope is that at the end of this season that Tom looks at this and says, bringing people together of very diverse backgrounds — whether it’s in politics or other areas — and allowing them to show America how we can engage in a really respectful and civil way, is actually a way to help bring the country together as opposed to bring it apart,” Spicer continued to the outlet.